Full stop for Ignis Brunensis: the Brno Astronomical Clock will issue a glass with a firework motif

The original glass ball with the motif of fireworks will fall from the Brno Astronomical Observatory on Náměstí Svobody on Wednesday, July 6. 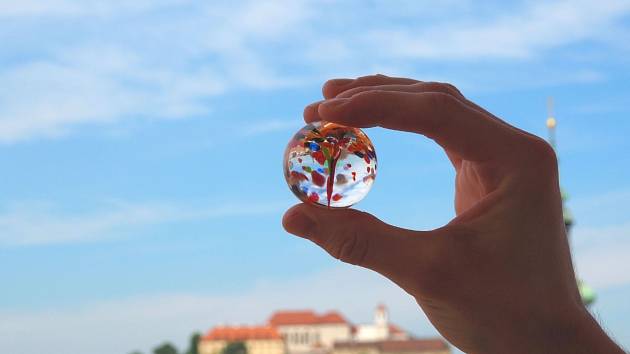 | Photo: Tourist information center of the city of Brno

This will happen on the occasion of the last parade as part of this year’s Regiojet Ignis Brunensis festival at the Brno dam. A unique glass is randomly released by a time machine into one of the four holes at eleven o’clock in the morning.

The Brno Astronomical Clock has been operating since 2010 and its balls are still a hit. “During those twelve years, we had several motifs of balls made that regularly fall from the clock. The topics alternate depending on what the event is. On Wednesday, a ball with colored drops symbolizing fireworks will fall out,” explained Adéla Nováková, spokesperson of the Tourist Information Center of the city of Brno.

New marbles are falling from the Brno time machine. They resemble Mendel, look

Earlier, the lucky ones could catch, for example, a glass with the motif of a crocodile, musical notes, the Brno Dam, which means blue anchor, or with the green initial of the letter M, referring to the scientist Gregor Johann Mendel.

The Brno heartthrob behind the wheel. Bus driver Křenek retired after 52 years

‹ Drought in Portugal: water supply in the northeast of Trás-os-Montes at risk › controversy surrounding the legal protection provided to an elected official