Improving the transport culture is not only the responsibility of the Debrecen police – with video – Debrecen news, Debrecen news | News of Debrecen and Hajdú-Bihar counties

According to the police captain of Debrecen, the police are applying the necessary tools and sanctions, but the townspeople are also doing a lot to prevent accidents.

Last year, the best of the last 12 years were produced by the police in Debrecen. Based on improving investigative and effectiveness indicators, the city has become one of the safest settlements. Police are also introducing new devices for road safety.

Attila Uzonyi, the police captain of Debrecen, said in connection with the traffic safety of Debrecen Television’s Evening Close-up program that when it comes to injuring Debrecen on the roads, they are certainly satisfied.

– We will add attention and our own system of tools with which we can protect the population from injuries, either with measures to improve traffic morale or with a proposal for the Debrecen road network. Or, for example, two of our measures are new in traffic policing, they haven’t been in the city so far: one is surveillance with the drone, he pointed out.

The drone will be deployed on access roads to the outskirts of the city, recording violations and allowing police to take immediate action.

Another such novelty is the traffic box on Szabó Kálmán Street, which ensures that drivers comply with the 30 restriction on a given section of the street, as there is also a primary school and a pedestrian crossing.

Attila Uzonyi drew attention to the fact that the police use their own means to measure and sanction drivers’ violations, but this is only for a small traffic culture.

– You have to teach already in kindergarten, and you have to show your parents, for example, they attach the child to the child, they are not passed between two zebras. There are many examples, such as driving through a red light, which is life-threatening. If we do not rush and be patient, traffic will also be safer.

The Debrecen Police Headquarters is one of the first at the national level, fulfilling the indicators that they expect and receive from higher authorities, and that they want to meet the population of Debrecen as well.

“The fact that our investigative efficiency is now 90 percent is due to a long development, but we have been close to it in previous years as well,” said Attila Uzonyi. 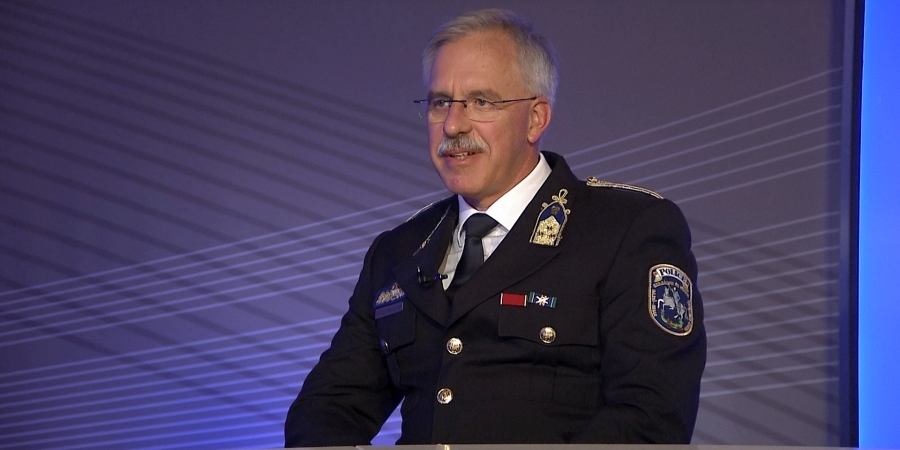 He emphasized that one of the most important cases is to have as few as possible in the apartment, and the results of the detection of the cases should be of national significance. His criminal department is also successful in this. He said that

in general, laws have become more frequent in public areas, and their investigation is high. It has been able to maintain this level for years, which is also a great achievement, and thus ensures the livability of the city.

Attila Uzonyi recalled the case of a robbery at the end of January, when the perpetrators fled the streets of Debrecen in a small yellow car, but not for long, the police captured them in eight minutes. He also gave the example of the case on the corner of Piac Street – St. Anna Street, when an elderly woman was attacked by a man who was able to run to the Plaza, where he was caught by patrols.

The police captain also talks that it was efficiency gains that brought about this good results, coordinating the law enforcement line and crime prevention. With this method, there are enough police officers in Debrecen, but Attila Uzonyi said that the ratio could be improved in any way, but tasks could still be performed.

The best of the Hungarian gastronomic world has moved to Nagyerdő again – with video – Debrecen news, Debrecen news | Debrecen and Hajdú-Bihar county news

The free camp in Debrecen is much more than childcare

The staff of the Clinical Center was awarded for the Semmelweis Day – Debrecen News, Debrecen News | News of Debrecen and Hajdú-Bihar counties

‹ Manuel Valls campaigning with the French community in Portugal until the 27th › Cannes Film Festival 2022: when Timsit and Poupaud land in Toulouse-Blagnac… and meet in Lille