The studio R hairdresser’s in the center of Prague is currently watching a high drop in customers. “We serve three customers a week,” said Renáta Vaníčková on behalf of the salon.

The Prague hairdressing studio Ten Pocit, for example, has great difficulties in securing operations due to employee quarantines, and some people have repeatedly struggled with covid-19. “We cannot provide real services due to a lack of staff, not because of a lack of clients. We are thus incurring huge losses in sales, “said Milan Straka on behalf of the studio. He added that clients deal with appointments in advance, asking if they are vaccinated and healthy. According to him, this proved to be a very practical but effective form of solving the current situation.

Clients who canceled orders due to quarantines dates in the Hell tattoo and piercing studio, not too much, they range in higher percentage units. “If I compare it with the flu season, the number of canceled dates is only slightly higher,” said studio operator Miloslav Míka. The customer who does not arrive at the last minute is, according to any major problem with the Tatras, so he can lose his job for many hours. Mika added that in January, people who received a gift voucher for the Christmas service often come for tattoos.

In the LUQY studio focused on body care According to its owner Jana Studničková, the current situation does not differ from previous waves of the coronavirus epidemic. Of course, except when the services had to be completely closed. “The staff is fully vaccinated and is being tested according to the current regulations. Customers cancel deadlines for the purpose of normal operation. But it is necessary to take into account that January is generally the weakest month in our country in terms of reservations, “said Studničková.

Employers, but also self-employed people are currently being tested twice a week by antigen tests. If they are positive, they are obliged to undergo a five-day quarantine, or they have the opportunity to undergo a confirmatory PCR test. If it is negative, they can return to work immediately. Instead of two tests, five PCR tests per month are now covered by the public health insurance.

IN CZECH REPUBLIC 34,740 newly confirmed cases arrived on Thursday coronavirus infections, 29 percent more than a week ago. It appeared at the same time a record 16,248 recurrent infections in previously positively tested, which are not included in the daily increase of infected. According to information from the Ministry of Health. 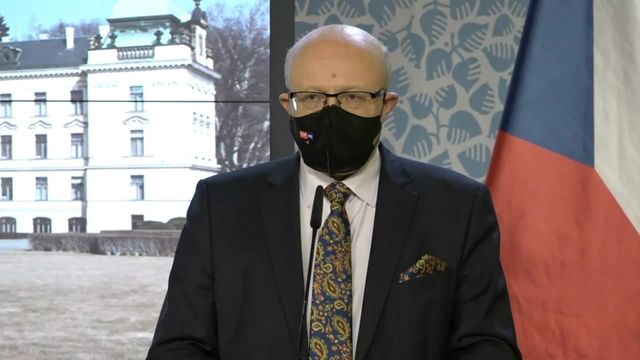 Prague is calling for the redistribution of refugees

‹ Radio Monaco, the good waves of the Rock › In last resort vendor mode, passivity does not pay off