Russia won the women’s team world chess championship: they beat Ukraine in the semifinals, and India in the final

On October 2, the World Women’s Team Chess Championship ended in Sitges, Spain. The Russian national team, deprived of the anthem and the flag due to the sanctions, defeated all their rivals at the tournament and took the title. The battle with the Ukrainian team turned out to be especially bright.

Again Russia without a flag

It should be said right away that the Chinese team, led by the current world champion, did not participate in the tournament. Ju Wenjun – The Celestial Empire is very strict about covid restrictions, so it is difficult for chess players from China to come to major competitions. Their athletes were represented by individual players at the World Cup in Sochi. Alas, we did not see the usual validol derby between Russians and Chinese women.

Sergey Karjakin was left without the World Chess Cup. But he was backed by the girls

But the rest of the world’s elite gathered – strong teams of Ukraine, India, Georgia, Armenia, Kazakhstan, Azerbaijan. The USA team did not play either, but FIDE got out of the situation by forming the so-called “Rest of America” ​​team.

Although, judging by the protocol, the Russian national team was not at the tournament either. As you know, until 2022, sanctions have been imposed on our sport – even Ian Nepomniachtchi in a match with Magnus Carlsen will perform without a flag and anthem – under the emblem of the Russian Chess Federation. Naturally, the World Team Championship was no exception. Vice-world champion Alexandra Goryachkina, ex-world champion Alexandra Kosteniuk, multiple world rapid and blitz champion Ekaterina Lagno, European champion 2019 Alina Kashlinskaya and the rising star of Russian chess Polina Shuvalova arrived in Spain in burgundy and white suits and uniforms specially tailored for the tournament, excluding any hint of the usual white-blue-red colors for the fans. And they played under the symbols of the FChR, as it will be for Nepomniachtchi. By the way, burgundy and white clothes looked very impressive and brought up pictures from Ancient Rome – the colors of the imperial house or elite praetorian guards.

The World Championship this time was held in a new, experimental format. It is believed that this tournament is on the periphery of public attention compared to where the national chess Olympiad or the European Championship should be, so the change in format should have been a fresh stream in a somewhat stagnant swamp.

Although, specifically for our professional officials, the World Championship is the most important tournament. Indeed, in all the best team and gaming forums in the world is the main competition, and the Chess Olympiad, which has nothing to do with either the summer or winter games, is revered exclusively by the chess community. Chess players have already lost hope of joining the Olympic movement – the last IOC president interested in this was Juan Antonio Samaranch, who dreamed of chess and African countries precisely at the Winter Olympics.

But back to the new format. The Women’s World Team Championship was held with 45 minutes time control with 10 seconds added per move – this is more than in rapid chess, but less than in classical disciplines. 12 teams were divided into two groups of six, from where the strongest four went to the knockout tournament, as is customary at the world championships in many other sports disciplines. In the elimination fight, the quarterfinalists, semi-finalists and finalists played two matches – at 1: 1, the fate of the winner was decided by blitz, in fact – chess penalties.

In the modern chess history of fighting with draws and for a spectacular format, this is an old song about the main thing. For example, the final of a series of tournaments named after Magnus Carlsen, and in this seemingly key competition the American Hikaru Nakamura (who has no chance of winning in the overall standings) sculpts “painted” draws with special stability and even some cynicism. The fans are worried and angry, but what to do? Once upon a time, the so-called “Sophia” rules were introduced with a ban on a draw until the 40th move. And they never interfered with those who were especially passionate about making a “painted” draw.

The former president of FIDE was the first in chess to introduce a knockout to replace the usual “round robots” and “Swiss” Kirsan Ilyumzhinov – the system has taken root, and according to the results, the World Cup is second only to the Candidates Tournament and the match for the world crown. 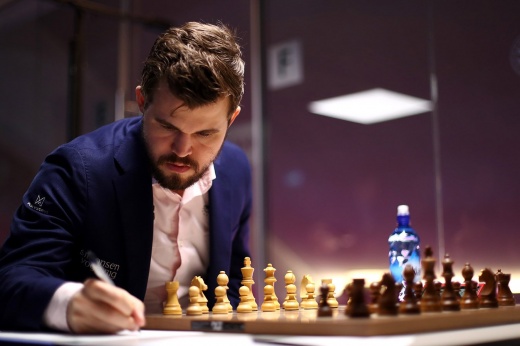 The two Russians did not stop Carlsen. Rehearsal of the championship match – for the Norwegian

Chess organizers have long thought about the fact that it is very difficult to follow the hours-long struggle in a classical game. And how to integrate the broadcast of the entire protracted action into a television format? Back in the days of the Professional Chess Association (a competitor to FIDE in the 90s), the main sponsor of the PCA Intel held a series of tournaments with a control of half an hour – an hour-long transmission is easily perceived by sports uniforms.

In general, in Sitges, FIDE tried to take a step forward. But, the only thing in the tournament did not work out at all intrigue and some kind of epochal battle, deposited in the memory of generations – a powerful composition of Russian women, who were patronized by famous grandmasters (senior coach) Sergey Rublevsky, Evgeniy Najer and Konstantin Sakaev) rushed through the rivals. In the group, the team of the Russian Chess Federation, dressed in the colors of the gods, left no chances to rivals: 4: 0 with Spain, 3.5: 0.5 with France and Azerbaijan, 3: 1 with Armenia and India. In the quarterfinals, the team of the American continent was defeated: 4: 0, 3: 1, but in the semifinals the Russians were presented with a very serious test. In fact, an early final with Ukraine.

The Russia – Ukraine match these days is never a passing match in any sport. And in chess, you can find a number of points for additional intrigue. For example, Ekaterina Lagno – a pupil of the Kramatorsk chess school, once a multiple winner of tournaments as part of the Ukrainian national team. But one of the strongest chess players in the world, having married a famous grandmaster Alexandra Grischuk, moved to Moscow in 2014 and has been making new strides in recent years with the Russian flag.

On the basis of Lahno’s departure, the remaining forces were mobilized in the Ukrainian Chess Federation. They pulled up the youth, returned from Slovenia the eldest of the Muzychuk sisters – Anna (Anna and Maria are now occupying the sixth and seventh positions in the FIDE rating list, Maria won the world champion title, but could not defend it in a duel with Hou Yifan). The Ukrainian squad is one of the most representative in team competitions. By the way, at this world team championship, Ekaterina showed a brilliant result – 9 out of 10.

In Sitges, the first match FCR team won 2.5: 1.5 by winning Alina Kashlinskaya over the young vice-champion of Europe Julia Osmak, and in the second match Maria Muzychuk beat Alexandru Kosteniuk, but the Russians responded with three victorious blows 3: 1!

The Golden Girls are back

India was opposed in the final, although it played the tournament without its leader, the third number of the world qualification Humpy Koneru (she has been in conflict with the national federation for many years). The struggle here happened much more stubborn than in the group – she made a tragic blunder Alexandra Goryachkina, but she was immediately insured Alexandra Kosteniuk and Ekaterina Lagno… 2.5: 1.5 in the first match in favor of the FChR national team. The Russians had a second fight even more – 3: 1 thanks to victories Polina Shuvalova and the “miner” Lagno. 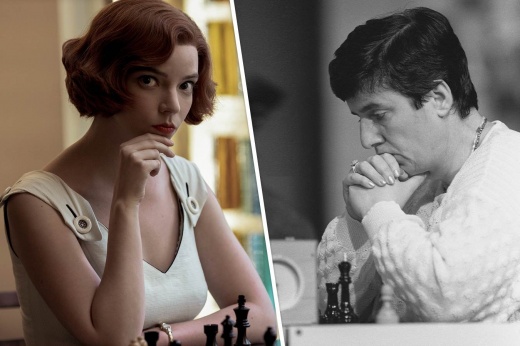 “An impudent and deliberate lie.” The chess player filed a lawsuit against the authors of the series “Queen’s Move”

Five years ago, the Russian women’s team, which simultaneously won all world starts (the Olympics, the European Championship and the World Championship), were called “golden girls”. It seems that after a pause, the team is reaching the peak again. Perhaps even spurred on by such conditionally stimulating things as the absence of a flag and an anthem.

In the French Federal District

For whom civil pensions are canceled in Russia: details