Public transport Prague: In November, the exchange of shelters at stops will begin

Public transport shelters were operated by JCDecaux in Prague from 1994 until June this year, when the municipality refused to sell the contract. The replacement of public transport roofs should take place within two years and should start in November. “The first city districts are selected, they are starting to have Prague 13 and Prague 6. By the end of the year, approximately 40 new shelters would have to be installed, “ said on Wednesday councilor for property Jan Chabr (TOP 09).

The display cases will disappear

Next year, a larger part of the renovation should take place, the roofs will also be transferred to the administration of Dopravní podnik hl. city, which should compete with the new advertising operator. It is not expected that, if necessary, the streets would be called CLV showcases, which are free – standing advertising spaces that are not part of the stop. According to Chabr, this is in line with the effort to reduce the so-called visual smog, these ads should disappear from the streets by the end of the year.

Part of the advertising media in the shelters should be digital and also serve to house urban information systems. The possibility that the ads would not work 24 hours a day due to the reduction of light pollution is also addressed.

A prototype of the new stop currently exists on Palackého náměstí, according to Chabr it has been modified according to how it worked in such traffic and captured with all the technical details. Canopies at stops would appear in about 150 places where they have not been before.

Will the exchange be delayed?

The media representative of JCDecaux told ČTK that the exchange may be delayed. “Councilor Chabr is clearly too optimistic. As part of the first wave of replacement of urban furniture, about 300 stops were to be replaced at the turn of the year. However, the Technology of the Capital City of Prague company called on us to negotiate an extension of the deadline, because the furniture is not available, “he said.

News are also being prepared in public lighting. For example, the municipality launched an anti-graffiti program for buildings in the capital and city districts. “We have about 20 reports a week,” the councilor said. In the area of ​​public lighting, according to him, efforts are also continuing to reduce the carbon footprint and energy intensity of the network. LED luminaires are installed in public lighting on key roads.

In several parks, such as Ladronka or Riegerovy sady, the so-called dynamic lighting. The lamps automatically respond to movement and parts of the parks automatically light up when people move there and when no one is there, the intensity decreases. “This applies especially to parks where movement at night is minimal,” added Chabr. He also mentioned that the reliability of public lighting is being improved. “The average non-luminosity is below one percent,” said. The lighting works on a remote control, which allows you to monitor faults and turn on the lighting remotely.

New lighting for the playground

A playground lighting project has also been set up to respond to the fact that these places often have no lighting. “When you get there in the autumn months, it’s not completely comfortable around four or five o’clock,” noted Chabr. Playgrounds should be lit mainly in the evening and can then turn off overnight. According to the councilor, a number of city districts are interested in this project and the implementation should start next year.

With city districts as well they choose places where the intensity of lighting should be variable in the future, for example at transitions. “I think drivers and pedestrians will appreciate it, especially in the autumn months, when there may be fog and the change in intensity is really noticeable,” Chabr added. 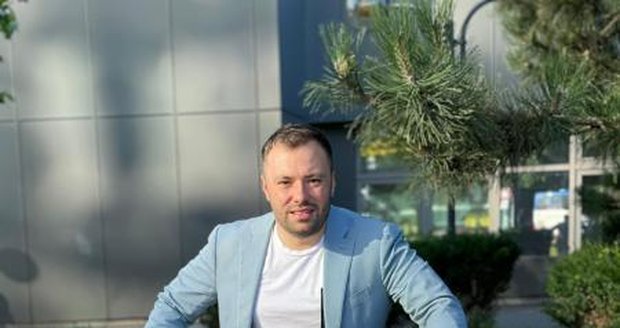