Novodvorská: A woman (46) was stabbed by a madman. The guys from Motolo squeezed her heart with their hands for 80 minutes!

The bloody rampage took place on December 17. A thirty-four-year-old man chose one of the passers-by in the crowd and attacked. He stabbed her in the stomach and chest with a knife. Called rescuers had to put the seriously injured forty-six-year-old woman into artificial sleep. “It was a complex chest cavity trauma, moreover with a sudden stoppage of circulation, which the rescuers managed to restore on the spottherefore, it was necessary to find a combined workplace that has one emergency room and a trauma team, including cardiac surgery,” explained the head of the Prague ambulance, Petr Kolouch.

Rescuers transported the stabbed woman to Motolo. Doctors there immediately began to determine the extent of the injuries. “We knew that the patient did not have sufficient quality circulation, low pressure, insufficient cardiac output and that he has stab wounds to his abdomen and chest. Most likely, she was bleeding internally, but at the time we didn’t know from what,” said Vlasta Vlasáková, a doctor from the Department of Anesthesiology, Resuscitation and Intensive Medicine of the 2nd Faculty of Medicine of the University of Warsaw and the Motol General Hospital.

The surgeons proceeded to operate. They discovered that the madman had stabbed her directly in the heart. “Thanks to an urgent resuscitation thoracotomy, i.e. a wide opening of the chest, we discovered the so-called cardiac tamponade, in which the blood accumulated in the pericardium presses on the heart muscle, as a result of which cardiac arrest occurs. The heart was hit by a single stab wound that was approximately 20 millimeters. My task was to open the chest as quickly as possible, find out the extent of the injury and stop the bleeding so that a direct massage of the heart could be performed,” says surgeon Tomáš Haruštiak.

, which doctor TomášI Haruštiak managed to stop the bleeding. Then came the cardio surgeon’s turn. He performed direct cardiac massage. He squeezed the heart between his palms so that the blood would flow to the lungs, where it would be oxygenated, and then from the left ventricle to the bloodstream and, above all, to the brain. It is very sensitive and dies irreversibly after five minutes without oxygenation, but other important organs such as the liver or kidneys can also be damaged. “Continuous direct heart massage lasted approximately 80 minutes, i.e. we manually compressed the left and right ventricles about 6400 times, to maintain circulation. The length of resuscitation is truly unique,” says MUDr. Milan Horn, emeritus head of the Department of Cardiovascular Surgery of the 2nd Faculty of Medicine of the UK and Motol FN.

A week after the attack, something incredible happened. Doctors stopped the woman’s sedative drugs and she regained full consciousness and no neurological deficit. “The patient is now rehabilitating and the prognosis for returning home is certainly good,” adds Dr. Vlasáková.

The success of doctors

But the woman (46) was not his only victim. He continued his rampage when he stabbed another woman between the houses, who was walking with a garbage knife. Here, however, only lightly and he ran away. He also attacked the policemen, who shot him. As a result of the gunshot wound, despite all the efforts of the rescuers, he finally succumbed to his injuries. 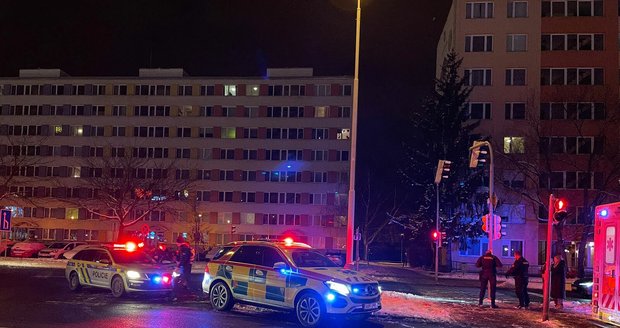 The perpetrator stabbed two women on Novodvorská in Prague. (December 17, 2022)

‹ “Strong form confirmed”: Cologne extends with Florian Kainz › A crook stole money from drink machines in Prague: He got 50,000! Do you recognize him?