The Russian national football team – a match with the national team of RPL legionnaires: when and where to play, what would be the lineups

The first friendly match of the Russian national team in 2022 has been played – an important step forward has been made. Now we are waiting for the next sparring with the Karpin team. In November, ours should take place with Iran on the road and with Bosnia and Herzegovina at home. However, it is no secret that the match at the Gazprom Arena is under responsible disruption – many Bosnians opposed it. The President of the Football Federation Vitso Zelkovich inevitably makes a decision about the visit to St. Petersburg on October 10th. It seems that Bosnia and Herzegovina will fly to visit us.

Why lie to yourself? The Russian team in the future is the current Kyrgyzstan

In general, the Bosnians will probably have to look for a replacement. One of the options for the Karpin team is a match with the RPL legionnaires team. Suddenly? Still would! But why not? There are still quite a lot of preferable foreigners in the Russian championship, and in terms of the choice of quality players, the foreign national team is definitely stronger than Kyrgyzstan. Or maybe Bosnia and Iran are superior. Let’s figure out in what line-ups the teams of Karpin and … a foreign coach from the RPL would meet each other. The opponent could be led by Guillermo Abascal from Spartak, Slavisa Jokanovic from Dynamo, Marcel Lichka from Orenburg, Josef Zinnbauer from Lokomotiv, or Sergei Semak’s assistant at Zenit William Oliveira, so as not to drive the coach from another city to St. Petersburg. Moreover, the Brazilian knows well the best legionnaires of the Russian championship – his compatriots from Zenit.

Unfortunately, it is not possible to collect all the strongest in the legionnaires’ team. Some foreigners will leave at night from morning to evening, and someone left for a long time due to injury. The list of possible losses is quite large.

Who will not play for the national team of RPL legionnaires

However, not all of them earned an invitation to the national team of RPL legionnaires. Obviously, Lovren, Barrios, Carrascal and Moses would be in it for sure, and Medina, probably, too. The rest could well lose the competition for a place in the application and generous “prizes” from the RFU.

The backbone of the legionnaires’ team, obviously, would be heard by Zenit Brazilians – Rodrigao, Douglas Santos, Wendel, Claudinho and Malcolm. In addition, Ivan Quaresma would be at the gate, as this is a foreign goalkeeper in the RPL. It is logical to make the flanks of the defense army: Milan Gajic and Moizes are very worthy of CSKA. In the center of the field, of course, there should be a place for the magnificent Christian Noboa from Sochi, who impresses with his performance at 37 years old. This work does not happen without the leader of Spartak Quincy Promes. Foreign center forwards don’t score much in this case – let the French talent of Lokomotiv Wilson Isidor play. Is someone seriously waiting for Karpin to leave the Russian team? Relax, it won’t

If you think that we will unfairly deprive Maciej Rybus, Willian Rocha, François Camano, Gustavo Mantua, Mateo Cassierra or anyone else of our attention, then we will not argue with you. There are enough worthy applicants, just not everyone showed their best football in the third season – for example, Cassierra does not score at all in the RPL after moving to Zenit. Be that as it may, this list shows that there will be several foreigners.

The only drawback of the RPL legionnaires’ team is the lack of teamwork, it does not have ready-made tactical moves, simulated devices. In this regard, the Russian team or any other national team will surpass it. Unless Zenit Brazilians caught a friend on the football field without a word. 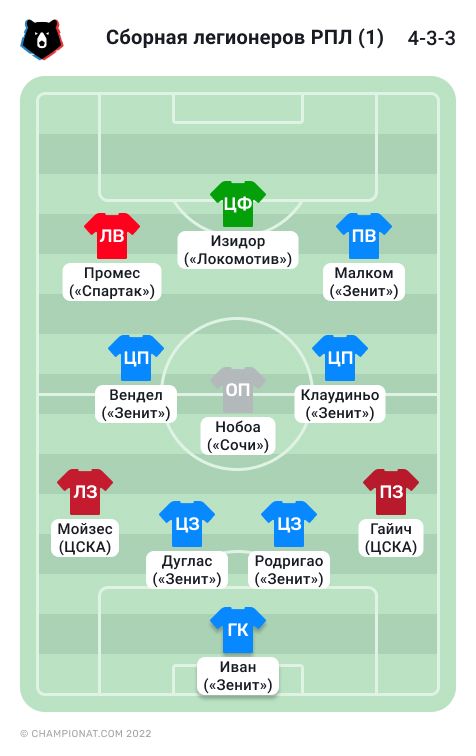 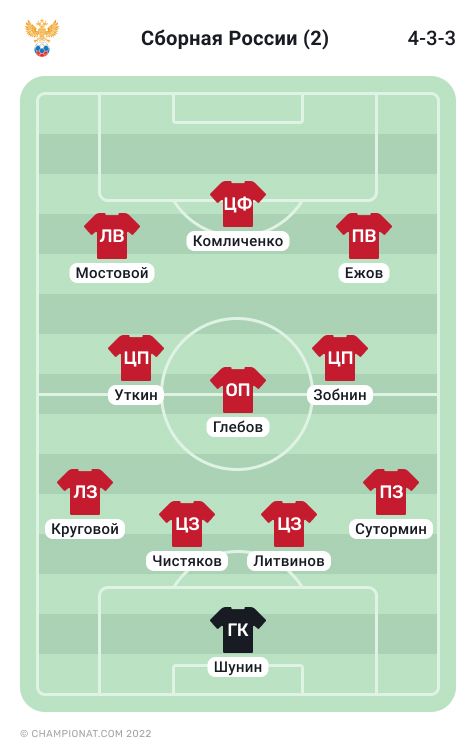 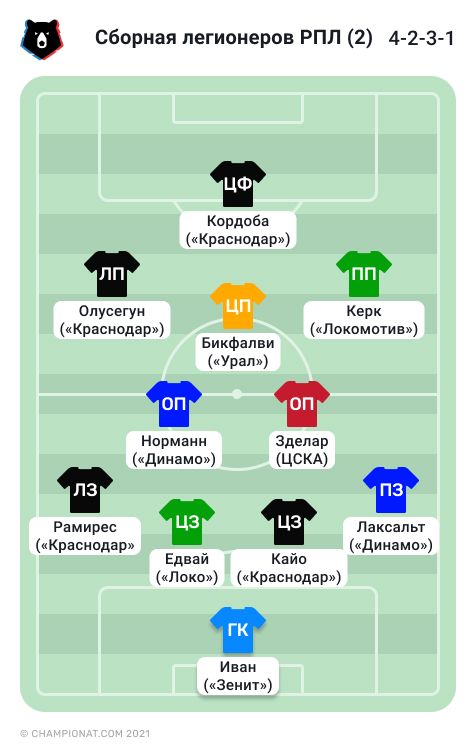 The composition of the Russian national team against the background of the RPL legionnaires’ team is not so impressive. Karpin would probably do without players playing abroad again. Again, players from the 30+ category were not called up. Difficult logistics and incomprehensible future of our national science. But what is, is. Apparently, Arsen Zakharyan and Roman Zobnin are in the collected Russia, while Igor Diveev Zatyan returns – the main central defender left for a long time due to protection.

Here is a match, perhaps waiting for us in St. Petersburg. If both teams, assembled from RPL observers, are motivated, the fans will see good football. At the same time, he finally supported the Russian team in the assembly – for the first time in a year (in November 2021 they played with Cyprus, and also in St. Petersburg). And if Russia had the 2022 World Cup in two months? Some are too early for the national team

Do you think the match with the RPL legionnaires’ team will give national Russia more than a game with a weakened Bosnia?

The political scientist revealed the Ukrainian gambit of the United States. goal