Near Prague, scientists found an artificial stone object. It is older and more mysterious than Stonehenge

Green meadows full of juicy herbs, fertile, delicious water and a favorable climate. The Czech land has been proud of this since prehistoric times. It is not surprising that already at that time housing estates were being established and various mysterious buildings were being built. One of them is a roundel, the remains of which were discovered in Prague-Vinoř.

The circular structure is about 55 meters in diameter and was built 7,000 years ago during the late Neolithic or New Stone Age. Scientists learned about its existence already in the 80s of the last century, when gas pipelines and water pipes were being laid in Vinoř. Only now has archeology been revealed literally in all its glory. Its remains are exceptionally well preserved.

“It is still too early to say anything about the people who built it,” explains Jaroslav Řídký, a spokesman for the Institute of Archeology of the Academy of Sciences of the Czech Republic and an expert on roundels in the Czech Republic. “It is clear that they came from a culture with pierced ceramics that flourished on our territory in 900 to 4,400 BC.”

The name of the culture is derived from the characteristic decoration of the vessels, which were decorated with double piercings. At the beginning of the 5th millennium BC, it appeared in eastern France, Germany, Austria, Poland and the Czech Republic. People built long rectangular houses in which 20-30 family members lived. They also built special circular structures of unknown significance, so-called rondels. They are the oldest evidence of architecture in all of Europe.

Viewed from above, the roundel consists of one or more wide circular ditches separated by a lane, serving as entrances. Its interior was lined with one or more stake palisades. About a hundred of these structures have been found throughout Central Europe. All were built over three centuries. 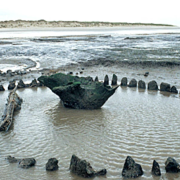 The poor men were fishing for shrimp and discovered something wonderful. Scientists were left in shock

“Rondels probably combine several functions. It is clear that a large number of people gathered in them. Perhaps to remind them of events important to them as a community, such as astronomical phenomena or perhaps trade,” explains Řídký. Another interesting hypothesis describes the roundels as “the oldest archeologically found evidence of human play activities”. So the first theatrical performances could have taken place here Since pits and furnaces were also found in the middle of the buildings, experts suggest that sacrificial ceremonies took place here.

“From a sacral point of view, they could also serve to worship the cycle of life or the Great Mother Nature,” claims culturologist Lukáš Perný. The sign of the circle has symbolized cyclicity for millennia. “It is a manifestation of the common and unified tendency of Pre-Europeans to build the basic future elements of civilization,” adds Vladimír Podborský from the Institute of Archeology and Museology in Brno. 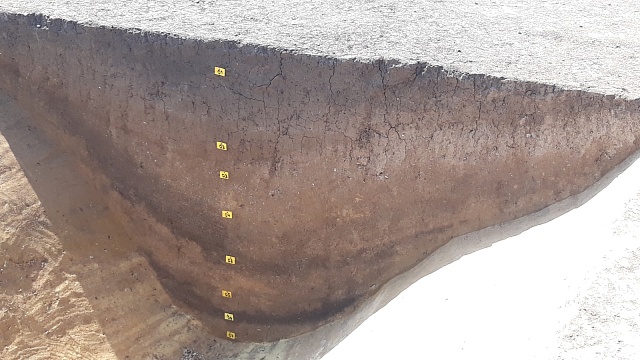 Rondel Prague-Vinoř.Source: Academy of Sciences of the Czech Republic/Institute of Archaeology

However, the interesting thing is that around 4,600 BC, people stopped building rondels. Archaeologists have no idea why. However, they hope that the wine monument might reveal something. It is proud of several attractions. “It is one of the few that has only three entrances and completely preserved remains of palisade grooves,” says field research leader Miroslav Kraus from the Institute of Archeology of the Academy of Sciences of the Czech Republic. At the same time, the remains of a prehistoric settlement were discovered nearby.

‹ Live Poker | Casino Salzburg: 4-Way Deal at the Pokermania Main Event › Who will rule Prague? Build your own coalition