€20,000 in prize money was guaranteed in the €200 + 30 Main Event of Pokermania powered by Welle1 at Casino Salzburg yesterday, September 24th.

The buy-in brought 30,000 chips to each participant yesterday, the blinds were increased every 25 minutes. After the Ruperti Kirtag on Friday provided plenty of competition, this time 113 players decided to play at the poker tables and so the €20,000 prize money guarantee was cracked. With another 34 re-entries, a total of €29,400 came into the pot, which was distributed among the top 22 places.

There was €460 as min-cash, €6,700 awaited the winner. But there was no play until the very end, the last four made a deal and the remaining prize money was divided equally. Andreas Laner was happy about the victory and € 4,230 prize money, Gerold Mittendorfer received the same for second place, as did Gina Brader as the best lady in third place. Bernhard Perner took fourth place for € 4,220.

All information about the complete poker offer can be found under salzburg.casinos.at. 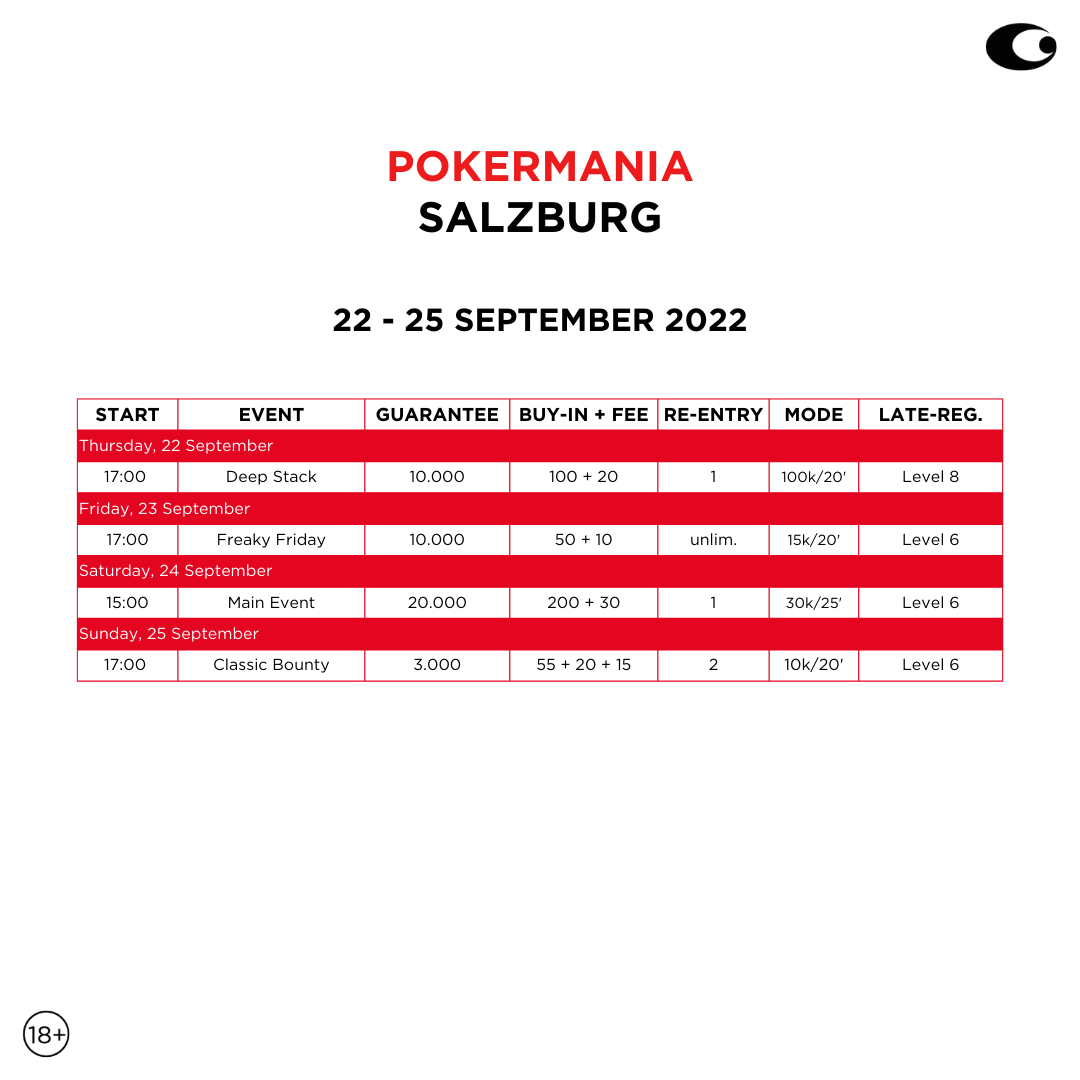 Weather Salzburg today and tomorrow: This is how the weather will be for the next 7 days

‹ Prague 4 found the names from the monument to those who died in the First World War › Near Prague, scientists found an artificial stone object. It is older and more mysterious than Stonehenge