We speed up bus travel – buses have priority at 50% of traffic lights! This is useful not only during peak times, when we don’t want to delay passengers in queues. It is a great example of a smart city in action. When the bus approaches a traffic light, it automatically sends information about the direction it will go to the intersection based on the GPS location. Traffic lights equipped with new technologies will then adjust the signal program so that the bus can pass without stopping or with as little delay as possible. In real traffic, for example, the green is extended by a few seconds and the red only falls after the bus has passed through the intersection. In addition, the system is linked to the timetable, so the traffic light will also know if the bus is not late or if it is not overbooked, and therefore does not need a preference.

In recent weeks, the excellent designers from TSK Praha and the programmers of the light signaling have had a good time on the bus preference. The new technology already works at 265 intersections, which is half of all Prague intersections where buses pass. We will of course continue further, the faster the public transport, the better. 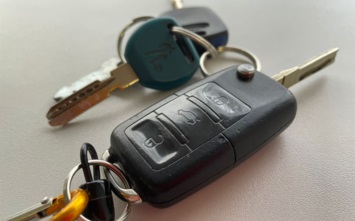 Bad parking, expensive operating costs or unfriendly. These are the main reasons why an ever-increasing proportion of Praguers actually take cars more as…

Published with permission of the author

‹ US B-52s train with Norwegian, Swedish jets on flight to Europe › Belgian Lions – Belgium ends its preparation with a defeat in France