The ex-mayor of Prague 11, Mlejnský, deployed “his people” in ODS and ANO, the opposition claims. Nonsense, “his people” and party leaders counter

According to the opposition Movement for Prague 11, the newly published candidates for the municipal elections in Jižní Město show an unfortunate trend. This is the placement of former members of the South City party, our home of ex-mayor Dalibor Mlejnský, on the candidates of the ODS and the ANO movement. However, both people from the aforementioned parties reject it, as does the former mayor of Prague 11.

The participation of former candidates of the South City, our Home (JMND) party on the candidate lists of other political parties for the upcoming municipal elections was already pointed out by the Movement for Prague 11 (HPN11) before the official publication. “It looks like the former mayor Mlejnský will no longer run, but will put his people in the ranks of ANO and ODS,” said several members of the PrahaIN.cz movement from the end of the week, when the candidates were not yet known. There was already speculation about the trio of Petr Sýkora, Petr Souček and Rostislav Korbel.

Is it a strategy?

HPP11 fears that this is a strategy. “It seems that the ex-mayor intends to maintain his influence on events in the district through his candidacies,” says the opposition in the South City. The information as such was confirmed after yesterday’s publication of the candidates.

Independent candidate Petr Sýkora, youth coach of FK Dukla Jižní Město and former number 3 of the JMND candidate, now appears as number six on the ANO candidate. Another then headed to the ODS. This is businessman Rostislav Korbel, who currently works as a representative of the JMND in the finance committee of Prague 11. He has the status of an independent candidate and number 7 on the ODS candidate list for the September elections, in the previous elections he was the number four of the JMND. In the ranks of the civil democrats, the leader of the JMND from the last municipal elections, entrepreneur and rescuer Petr Souček is also running for eleventh place. 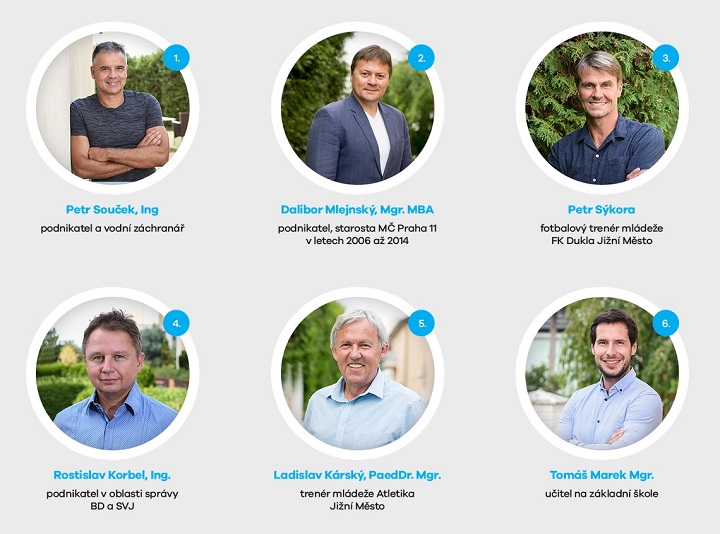 This is what the forehead of the JMND candidate for the municipal elections in Prague 11 looked like in 2018. Photo: JMND

JMND is not running this year

According to party founder Dalibor Mlejnský, the main reason why the trio of former JMND candidates decided to run for other political entities in the autumn elections is the fact that their “home party” did not field a candidate in Prague 11 this year.

“I decided not to run this year for three reasons. First of all, I have a successful business, so I don’t have much time to devote to politics. Second, I generally dislike the way politics has become coarse and vulgar lately. The level of hypocrisy is beyond my level of acceptance. Thirdly, I have four children and I feel that I owe them a lot of time for all those years in politics,” said Mlejnský when asked by PrahaIN.cz.

Mlejnský denies that the participation of the aforementioned trio was his strategy. “The fact that some colleagues are running for another party is their personal decision, moreover, as far as I know, they were approached by the mentioned political entities,” he added.

They chose them themselves

Addresses from ANO and ODS were confirmed by the editors and the leaders of both parties, as well as the candidates themselves. They unanimously reject the opposition’s construction of “replacing people on the part of Mlejnský”. “It’s nonsense, Mr. Sýkora is a sportsman and a heartthrob, who does a perfect job with children here in South City, runs a football club and also organizes clubs for children from Prague 11. He lives for South City, that’s why we approached him to nominated us. In addition, in my opinion, he has nothing to do with Mr. Mlejnský, he does not appear with him in any of the cases and he is not associated with any problematic actions of the former mayor,” Ondřej Prokop, the leader of the ANO candidate, told PrahaIN.cz.

When asked by PrahaIN.cz, the coach and former successful football player himself confirmed that ANO had approached him with the idea that, if elected, he would continue to devote himself to education and sports in Prague 11. we wanted to continue to be active, we decided to take advantage of the offer and run for office. I personally was approached by ANO, where I have a number of friends, so I accepted it. I think that this cooperation will be beneficial for the people of Prague 11,” Sýkora explained, adding that “there was no defection”. According to his own words, for the past four years he worked in the committee for education and also in the committee for sports. Given that, and with regard to my work in the club FK Dukla Jižní Město, I consider my expertise to be the reason for the offer from ANO.

Historical perspective as a qualification

In a similar spirit, Rostislav Korbel, who, according to his own words, has been involved in property management in Prague 11 for many years, including school facilities. “After eight years of working in Prague 11, we have agreed within the JMND that we will no longer put up our own candidate. “Personally, I am a right-wing person and a long-time ODS voter, so I accepted the offer to run for this party. But it’s not about ambition, politics doesn’t feed me, on the other hand, I’m not indifferent to what’s happening around me and I’d like to help the district based on my experience and a kind of historical perspective,” he told PrahaIN.cz, adding that he would like to continue if elected for example, in the now stagnant streamlining of school operations in Prague 11.

“Voters in the Southern Town are rather left-leaning, so it is not at all certain that I will be elected, but as an economist with experience in self-government, I would have something to build on in my work for the town district,” he added.

ODS stands behind the candidates

ODS leader Martin Sedeke fully agrees with this, and in response he pointed out that his home party in Prague 11, unlike HPP11, is not leading a confrontational and aggressive campaign. He stands behind both candidates from JMND. “For me, it is important to hire professionals, and both of the mentioned candidates are without a doubt. I am a bit upset that the Movement for Prague 11 is attacking Mr. Korbel, who was eventually fired from one of the management companies in Prague 11, which he almost fired and replaced with a person who was demonstrably a member of the StB, so that the company went bankrupt. On the other hand, it is Mr. Korbel who today owns his own management company, which is in charge of a large part of the housing stock in the Southern Town,” Deputy Mayor Sedeke successfully confirmed when asked by PrahaIN.cz. “He knows as much about property and finances in Prague 11 as anyone else,” he added to Rostislav Korbel’s address.

According to him, the labeling of the candidates as “Mlejnského people” is untrustworthy, even he himself was not active in the ODS Prague 11 under ex-mayors Dalibor Mlejnského and, like Korbel and Souček, cannot be associated with any problematic actions of the Prague 11 leadership from that time.

The third of the candidates, an entrepreneur in trucking and water rescuer Petr Souček, contacted the editors from vacation. He commented on HPP11’s attempt to discredit the JMND candidates by saying: “The Movement for Prague 11 has no other topic than AntiMlejnský, and it is obvious that they are now grasping at straws and trying to bring them back into the game.”

According to his own words, the JMND’s decision not to put up a candidate for this year’s elections was, among other things, rudeness and vulgarity in politics. “On the part of the voters, I perceive a demand to unite rather than go against each other with similar programs. And the ODS program is probably the closest to JMND’s priorities, and I am also an ODS voter myself, so I am glad that they approached me,” he told PrahaIN.cz. 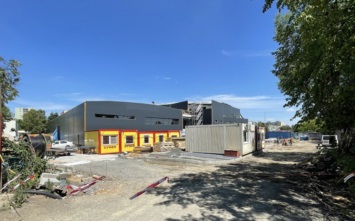 The long-lasting case surrounding the Ice Sports Complex in Jižní Město has reached its final stage. The management of the Prague 11 town hall, after repeated unsuccessful… 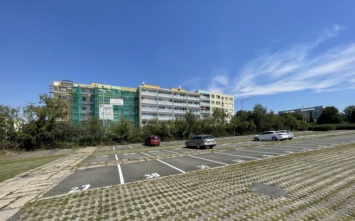 Prague 11 City Hall is actively solving the problems surrounding the parking lot in Kaplanova Street in Roztyle. From the latest negotiations, it seems that an agreement could be reached… 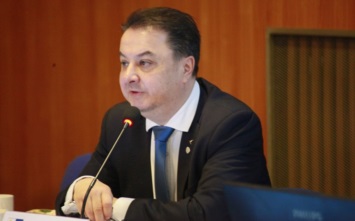 POLITICS IN OWN WORDS Deputy mayor of Prague 11, member of the city council m of Prague for ODS on his Facebook on July 4 to sell a share…

Video, photo: St. Wenceslas festivities begin, the main program will be on Wednesday