LEGISLATIVE: Julien Collenne declares his candidacy for the third constituency

Candidate of “sovereign left”, Julienne Collenne is invested by the Sovereign Republic party.

On June 12 and 19, you will be called upon to elect your deputy.

Like you, I am not satisfied with the current situation.

Abstention, disinterest and default voting are gaining ground every day. The situation is explosive.

During previous legislative elections, beyond an overwhelming presidential majority whose only but of its elected officials was to raise their hands to the rhythm of presidential diktats, the puppet oppositions made us all believe that they were the counter-power. They have actually embraced this power.

And that is why I decided to present my candidacy in our constituency to constitute an alternative majority, capable of responding to the democratic and social ideal, that of power to the people, by the people and for the people.

I am not a politician and I do not want to become one, I am only a simple citizen of 21 years old who already has several professional experiences as a postman, commercial employee and waiter; who only wants one thing: to help France, the French and French.

My candidacy is sovereigntist and social, because we can no longer accept that our future will be decided elsewhere, by a small bourgeois and stateless oligarchy.

We refuse that people whom we did not elect, and who still carry the same neo-liberal project, decide for us.

Our social sovereignty is that carried by Jaurès and by General de Gaulle.

It is the principle of a strong France, which makes its own choices and establishes the model of national solidarity and economic development through major public services which was so successful for us in the decades following the Second World War.

It is that of a strong social State, capable of treating, educating, defending and protecting in the best conditions and with the necessary means.

Our project refuses that the logic of the private and the profit guide our lives. He opposes ever more wealth being concentrated in an ever smaller number of hands. It wants to affirm the right to work and the duty to work.

Today, our French model is methodically torn to pieces according to the principle that our country is too small, henceforth too weak to assume its differences in the face of liberal orthodoxy, soluble in a bureaucratic, opaque and neo-liberal Europe.

We have seen, with the Covid, how strong the State could be if it wanted to be, and how weak and dependent the French economy was, because of the logic of profit which destroyed our industry and weakened our agriculture.

However, France has considerable assets and a formidable, determined and committed people.

What we need is therefore to rediscover real common sense in the face of the challenges of the time. We cannot waste another minute, for our children, and our children’s children.

Voting for a candidate from a sovereign Republic means being sure to be able to count on elected officials who will reconnect the threads of our social history and trigger a change in the ecological model, without drama or being left behind.

But none of this will be possible by giving in to renunciation and abstention. 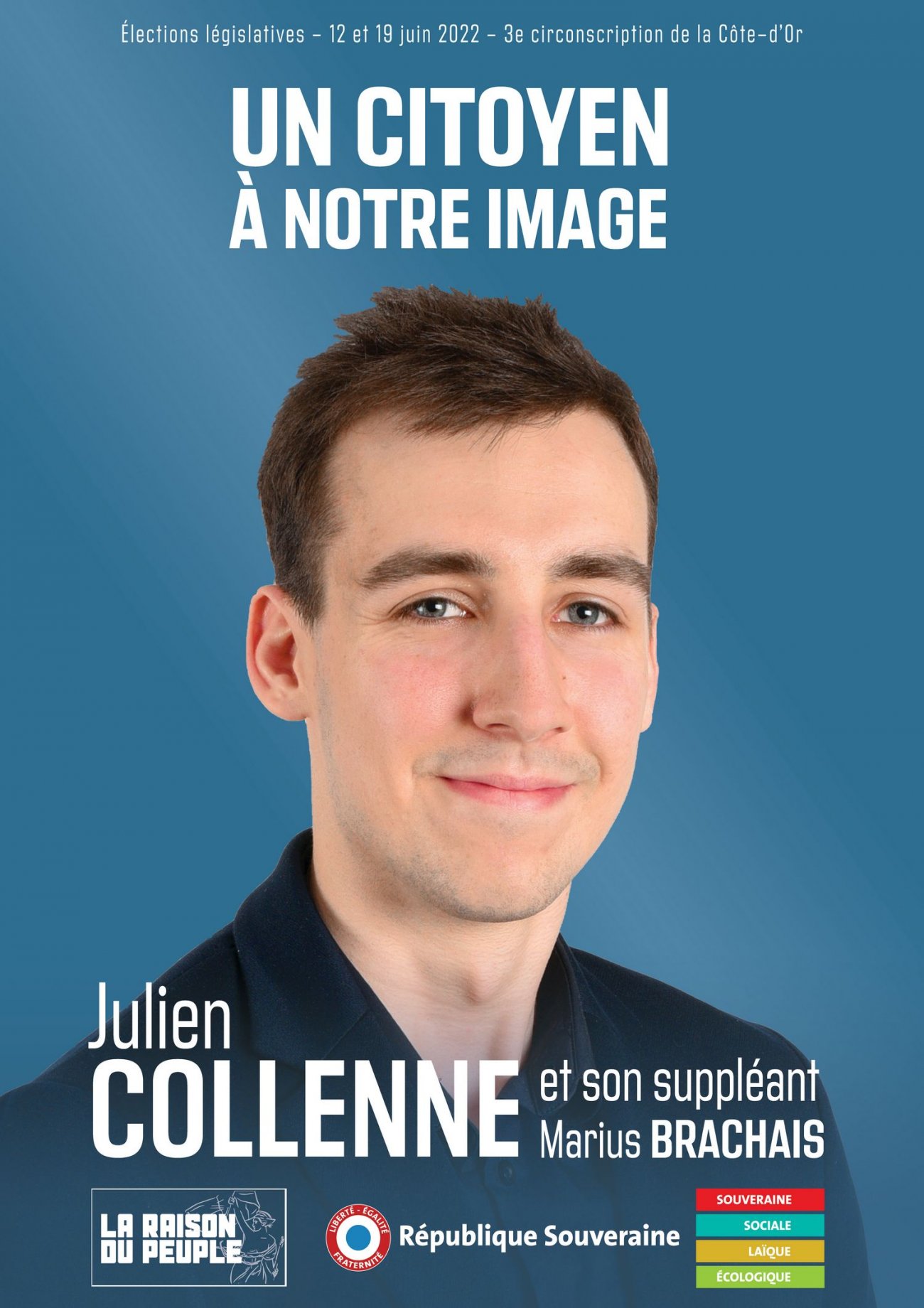