The Prague development company is preparing to build an apartment building. The city will buy more apartments from Prague 3

Prague has been struggling with the housing crisis for a long time. The main reason is the prices that have climbed to astronomical amounts in recent years. The municipality therefore approved a strategy according to which up to 500 flats should be built annually by 2030, but it is not working yet. The newly established Prague development company, which is to have the task of building city flats, should also help. It is in them that the city sees a way out of the housing crisis.

According to the councilor for housing Adam Zábranský (Pirates), the council approved the construction of city flats in Nové Dvůr, specifically on the city land at the intersection of Novodvorská and Durychova streets. “It will not be necessary to change the zoning plan for construction in these places, we plan that up to 45 flats could be built here. In time, there will be a selection for a designer and then a volume study will be created, “said Zábranský.

The Council is also preparing a project in the Nové Dvory development area around future metro lines D. Here, however, it is necessary to first resolve the change in the zoning plan. If there is a change, a new district could be built here, which will include apartment buildings, administrative premises, a kindergarten or primary school, as well as a cultural center. In total, up to 2,000 city apartments could be built.

.The capital city will receive additional flats for the city fund from Prague 3, or from its company Správa bytového majetku, which is undergoing transformation. “The city district decided that this company would now only be a management company, so it was necessary to sell its property. In the end, they decided not to offer the apartments on the real estate market, but they offer them as the capital, “Zábranský explained. It will be a total of 35 apartments available 2 +1 and an area of ​​about 55 square meters.

“The capital will pay a total of 222,610,000 for them, that is about 110 thousand per square meter. We are glad that we managed to get the apartments. The capital city of Prague 3 has no flats and our vision is that we should have flats available throughout Prague, “the councilor added, adding that the flats are in good condition and the price is therefore favorable. 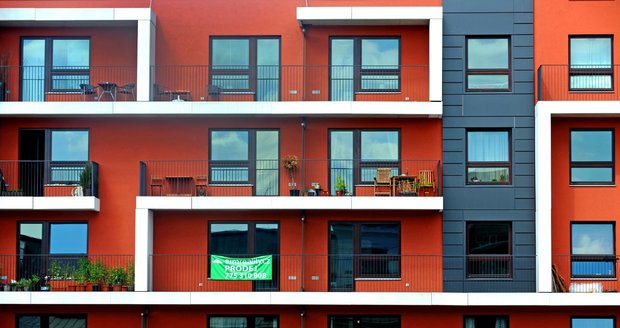 Prague is looking for a way to make housing accessible to most people. (illustrative photo)