Brno has another statue – a giant sphere by Pavel Tasovský

The unusual statue is exhibited in the Šilingrák Gallery, where open-air exhibitions are held without the price to buy a ticket. “With its interactive public approach to the exhibited objects, the gallery has already gained a lot of supporters, so I am very pleased to be able to present my object here as well,“Said the author of the sculpture Pavel Tasovský.

The work of art is made of wood and steel and weighs 600 kilograms. The statue is called “Between the Circles” because it is made up of spheres and circles and is supposed to represent birth. “It is a metaphor for the birth of something new, fragile and miraculous, but subject to the law of nature. Birth is a miracle in the form “Tasovský added.

The half-ton ball is not the last work of art that the people of Brno “touch” right in the city center. The statue also stands on Kobližná Street and other non-traditional works will be placed in the outdoor area. “Art belongs to the public space, whether it is sculptures in our Šilingrák Gallery or, for example, the installation Asteroid in Kobližná,“I think the mayor of Brno-center Vojtěch Mencl.

Pavel Tasovský, a native of Brno, founded a blacksmith’s workshop more than thirty years ago. He has won numerous awards and exhibited in many countries around the world, including Norway, France and America. He is also the author of artistic wrought iron bars at Špilberk Castle, the gate of the monastery of St. Voršily in Brno and the entrance to the chateau chapel in Náměšť nad Oslavou.

VIDEO: Installation of Red Masaryk in the center of Brno in June 2019. 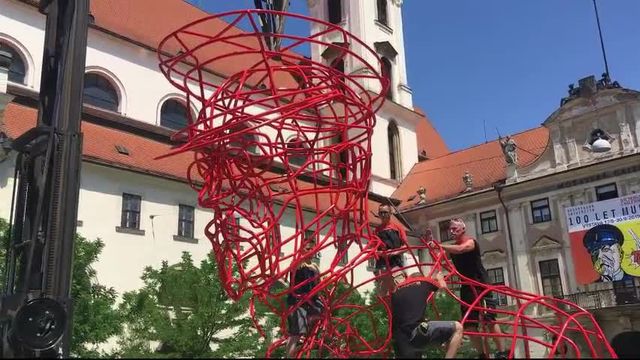 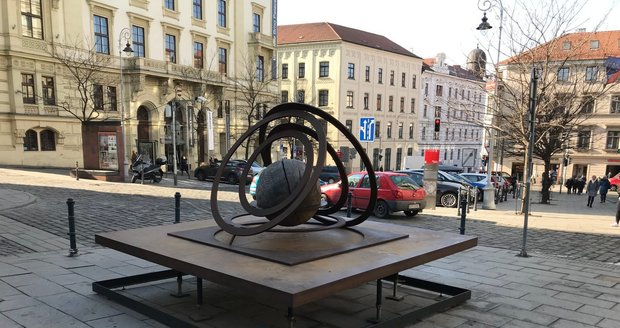 New in Brno: more than a half-ton ball.

Sales of new apartments in Brno fell by half. This did not stop the rise in prices

‹ Sarthe. Between Saint-Calais and Le Mans, a new overtaking slot on the RD357 › Finland, Sweden will have increased access to NATO information on Ukraine – EURACTIV.com