Holiday schedules remain. But the transport company is still struggling with sick drivers

The Brno transport company continues to suffer from high illness of drivers. Therefore, holiday timetables have been in force in Brno’s public transport since 31 January. When the situation returns to normal, it is not yet clear. 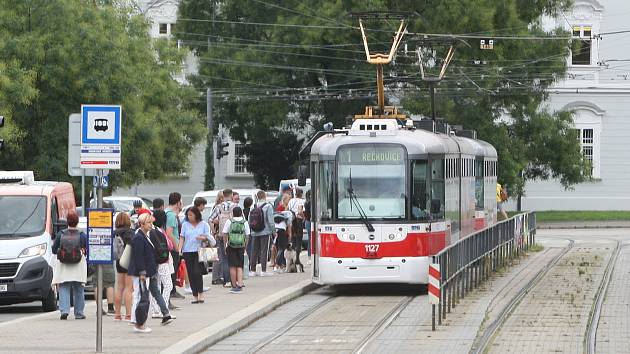 At the same time, the summer semester at Masaryk and Mendel University began, and students once again joined the trams or trolleybuses. “The transition to holiday timetables has eased us, but we are still struggling with a high disease and using temporary workers,” Hana Tomaštíková, a spokeswoman for the transport company, told Deník Rovnost.

The transport company has been struggling with a high number of employees since November. It is around fifteen percent. “Covid is only part of that number. Forty-one drivers are currently being treated with the covid, eleven are in quarantine and six in the nursing home. It is still the same carousel – one driver will return, the other will get sick, “said Tomaštíková on Tuesday.

They are planning a new primary school in Brno. Price? Over half a billion crowns

Passengers are gradually returning to public transport, but according to Tomaštíková, very slowly. “Of eighty percent of last week, we got about eighty-five percent of our pre-covid status,” the spokeswoman said.

They also took a similar step as in Brno in the Zlín region. The Zlín – Otrokovice transport company can no longer occupy all services, so it resolved the situation by temporarily transferring traffic to timetables.

VIDEO: Brno scientists are building a unique telescope. He will tell you how the universe came into being

‹ Genoa, new lights on the dome of the basilica of Carignano. Entertainment and guaranteed savings › McCarthy welcomes Campbell’s return when she wants to claim Sweden