Russia at the ATP Cup – 2022: what you need to know about Roman Safiullin – the same age as Rublev, champion of the Junior Australian Open 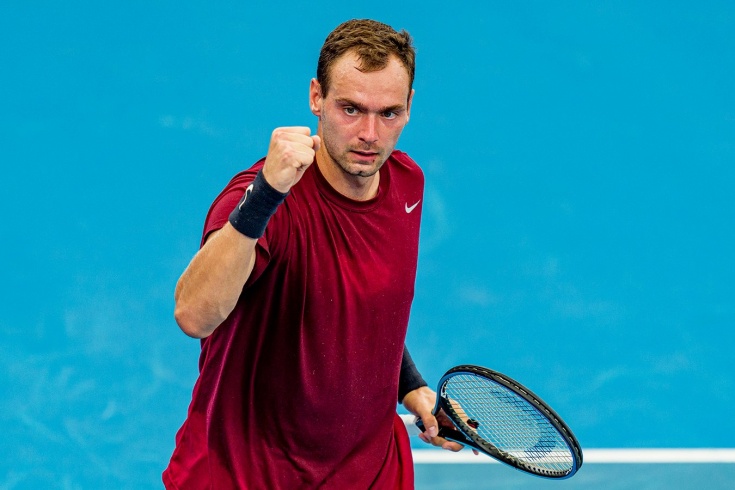 The champion of the junior Australian Open “lights” again on the Green Continent.

The Russian national tennis team has a new secret weapon. Here’s what you need to know about the 24-year-old order of Safiullin, who urgently replaced Andrei Rublev, Aslan Karatsev and Evgeny Donskoy at the ATP Cup – 2022. 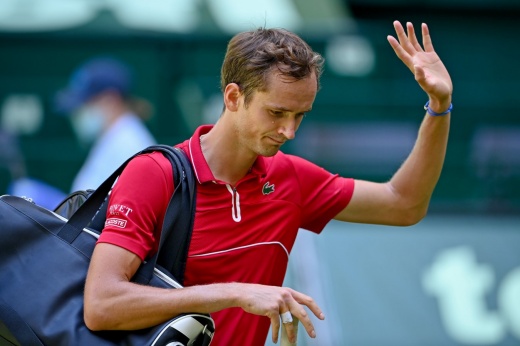 Before the start of the ATP Cup – 2022, the Russian national team lost 3/4 of its championship squad. Due to a positive coronavirus test, Andrei Rublev, Aslan Karatsev and Yevgeny Donskoy could not come to Sydney. As a matter of urgency, the leader of our national team, Daniil Medvedev, had to find a replacement for them. As a result, the second number of the team became the 167th racket of the world classification Roman Safiullin. And in the very first match, the rookie of the national team performed a real miracle, for which Daniil Medvedev called him the hero of the day.

The novel was born and raised in Podolsk near Moscow in a sports family. His father, Rishat Safiullin, is a professional coach. It was he who helped his son to take the first steps on the court. In terms of juniors, Roman was one of the most talented tennis players of his generation, was a scholar of the Yeltsin Foundation, and in 2013 became a laureate of the Russian Cup as part of the youth team under 16, together with Andrei Rublev and Yevgeny Tyurnev. In May 2014, Safiullin won the prestigious Trofeo Bonfiglio tournament in Milan, defeating Rublev in the final, and six months later Roman became the first and so far the only Russian to win the Australian Junior Open. Let us remind you that Mikhail Youzhny (1999) played in the decisive match of this competition before him. Interestingly, for the 2015 season, Roman was training just together with Yuzhny and his coach Boris Sobkin.

Unfortunately, after the triumph in Australia-2015, Safiullin was simply tortured by injuries. This is how FTR President Shamil Tarpishchev told about him in his interview to the Championship: “Roman had a serious shoulder injury: he even had an operation in Vietnam. After this progress has stalled. Until recently, a relapse gave problems. He is a lost player who has done a lot. He did not reveal himself to the level of who he could be in reality. He often plays singles well, and has won a lot of challengers lately. I would like to repeat the path of Karatsev. But, unfortunately, there are problems with injuries ”.

Tarpishchev gasped Karasev for a reason. A year ago, when the Russian national team became the champion of the ATP Cup, Daniil Medvedev called Aslan our secret weapon. Just a couple of weeks after that victory of the national team, Karatsev was able to reach the semifinals of the Australian Open, and at the end of the season he received the ATP prize – “Progress of the Year”. “Roman Safiullin is 100% our new secret weapon,” Medvedev said after the national team’s first match with the French in the 2022 draw. Indeed, Roman is “kindling” again on the Green Continent. In a duel with Artur Rinderknesh, the Russian made a comeback, winning in three sets – 2: 6, 7: 5, 6: 3, and brought the team the first point. And when Daniil Medvedev sensationally lost to Hugo Umber, Roman, paired with the same Daniel, snatched the victory from the French duo, which allows the Russians to formalize the victory in the match – 2-1.

Medvedev and Safiullin have known each other since their junior age and played a lot of interesting matches. “In my opinion, we didn’t play with him at a professional level, but when he hit me with juniors, I was pounding. We had a lot of finals, semi-finals – and often they were three-set players, which lasted for 3 hours, “Medvedev admitted in Australia. But if the tennis players of Safiullin’s generation – Medvedev, Khachanov, Rublev – have long been at the level of the world’s top ten, then Roman has the best place in the ranking so far 151st. “Four guys from Russia – Daniil, Andrey, Aslan and Karen – are in the top 30. This is incredible! I also want to be there, so I do a lot for this. I try my best to get there to be next to the guys, ”Safiullin said.

As a child, Safiullin liked the game of Marat Safin. Later, the players, for which he watched, were Novak Djokovic and Roger Federer. Roman calls the Swiss “incredible”. Safiullin has many interests outside the court – for example, he loves to visit different cities with his wife, to see sights like an ordinary tourist. “I really love cars and motorcycles, but it is difficult to maintain them in Russia, because it is winter here all the time. We only have three to four months a year to drive normally. But when you’re a professional tennis player, it’s pretty dangerous. One mistake of yours or of someone who is nearby – your life is over or the end of your career is coming. “

Roman and his wife love to spend time watching movies. Their favorite actors are Johnny Depp and Leonardo DiCaprio: “When I have time, I watch Harry Potter. I’ve watched it many times and can do it over and over again. I know that there was a special episode with the reunion of the actors. When I return to Russia, I want to watch it with my wife. A new “Matrix” has also been released. I haven’t watched this movie either. My wife says that I should definitely look when I get home. “