For Russian fishermen, crabs are the most marginal in comparison with other types of aquatic resource, vice-president of the Association of Trade and Industrial Enterprises of the Fish Market Alexander Fomin. Crabs now account for about 42% of the total export earnings of the domestic fishing industry, and they are growing. Back in 2018, this share was only 25%, estimates German Zverev, president of the All-Russian Association of Fisheries.

The fishermen sell the main part of the caught crab to other countries. In the first half of 2021, 70% of the production volume was exported: the catch amounted to 46.7 thousand rubles. tons, export – 32.1 thousand tons. On average, the crab catch per year is about 90 thousand rubles. tons. The main part is mined in the Far East, fishing is also carried out in the Northern Basin.

Why have prices gone up so much?

The export of Russian products begins to enter the customs office in large volumes from a portion of the documents, a representative of the Federal Agency for Fishery said.

The spike in prices at its largest size is also called king crab.

Seasonal production starts in the Northern region on August 15, and in the Far East on September 1. crab hunters of the Far East Alexander Duplyakov. In 2021, the price of finished products, that is, boiled-frozen crab, also increased, so many companies that previously specialized in the supply of live crab, this year deliberately made finished products that were in demand among buyers, in particular in the United States, and for which they gave a good price.

Customs statistics, however, did not record in October 2021, the year-on-year supply of frozen crab in physical terms increased. On the contrary, a decrease was recorded: almost 6.8 thousand rubles. against 7.3 thousand tons in October 2020.

Ilya Bereznyuk, Agro & Food Communications Agency Managing Partner agrees. He recalls that the American crab fishermen had a bad season and the suppliers “are raising prices by taking advantage of the deficit.” 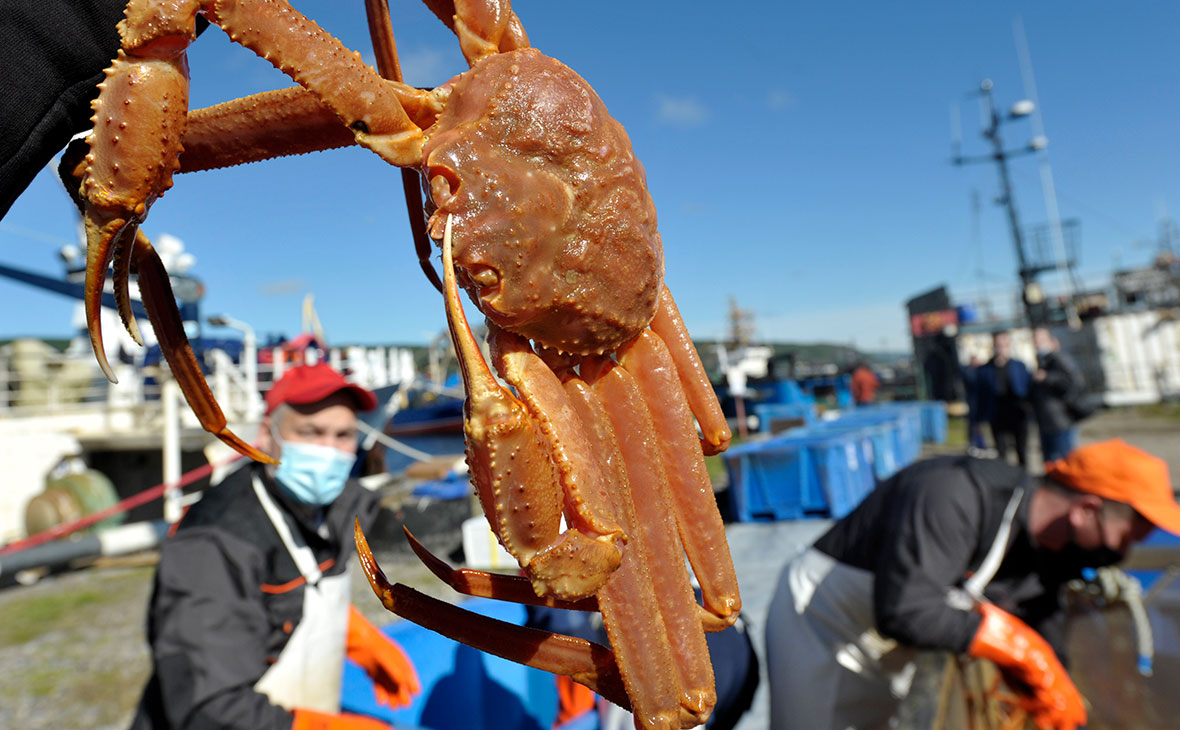 Russia and Canada are the main suppliers of frozen crab to the US market, says Alexey Buglak. According to him, at the end of 2020, the import of this product required 49% of the import of this product – $ 825 million for Russian products, the supply of crabs from Canada provided 41%. According to the results of the three quarters of this year, the United States’ imports of frozen crab from Russia increased by 28%, to $ 766 million. Canada increased supplies more significantly – 1.9 times, to $ 1.3 billion – and by the end of the year, it is likely to press Russia from the first line.

US crabs demand and prices have surged in 2020, despite pandemic-related restaurant restrictions. reported Food and Agriculture Organization of the United Nations (FAO). She pointed out that American users, who used to buy crabs in restaurants, in king crab shops at $ 28 per pound (approximately 0.45 kg), considered it a bargain compared to the $ 80 per pound dish at restaurants.

Home consumption of crabs has become a steady trend in the United States, FAO said. But 2021 is California’s Pacific Coast crabs season ended up unsuccessful: catch was an all-time low and fishermen were requested to stop production six weeks ahead of schedule due to the risk that whales and sea turtles could become entangled in the fishing crab fleet’s gear. Prices were “understandably high,” FAO noted. According to her, in the first quarter of 2021, Russia was the largest supplier of crabs to the United States, with a share of about 45%.

FAO also noted a recovery in demand in the traditional Russian crab market in China: according to data, in the first quarter of 2021, shipments from Russia to China increased by almost 105% compared to 2020.

Representatives of companies involved in the extraction and sale of crab, the North-West Fisheries Consortium and Anthea, declined to comment. RBC also sent a request to the Russian Crab company of Gleb Frank and to the Federal Agency for Fishery.

Purina on pause: Russia may face a shortage of pet food

The Armed Forces of Ukraine withdrew from the construction of the Kakhovskiy Bridge across the Dnieper. Can this be considered the beginning of the blockade of Russian troops near Kherson?