A new shelter has been built at the Velká Ohrada stop in Prague 13. These began to change the city’s technology company hl. m of Prague (THMP) and will gradually change 690 stops by 2023. The whole exchange will cost about 835 million crowns. 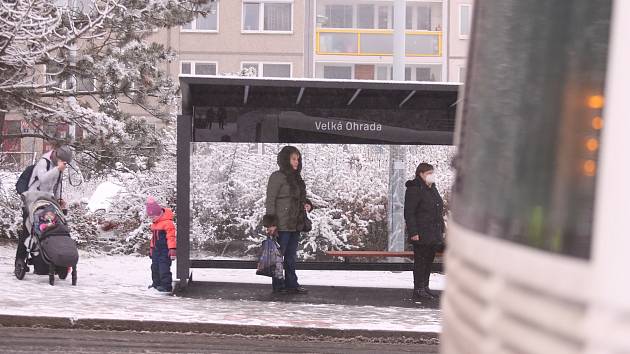 Shelter at the Velká Ohrada public transport stop in Prague 13.

Before Mayor Zdeněk Hřib (Pirates) cut the ribbon, he asked the question: “And you have a rubbish bin?” The first man in the metropolis survived. “Yes, we do,” was the reply, and the workers quickly displayed the basket. The mayor cleaned the basket and the fame could begin. The head of THMP, Tomáš Jílek, also opened a new shelter with him.

The current contract for the furniture provider with JCDecaux expired at the end of June this year and the capital did not extend it. The new elements will require 689 million crowns, they will be installed in two years. The contract with the supplier is concluded by the municipal company Technologie of the Capital City of Prague, which has also prepared a tender and will ensure complete engineering and installation of the new furniture on its own.

By tram to Zdib from Prague, maybe already in 2025. And elsewhere? We’ll see

“It will be a gradual exchange of piece by piece, so it will not be necessary to dig up the whole of Prague and solve the threat that it would rain on passengers,” said councilor Jan Chabr (TOP 09) some time ago. “The city will continue to own a network of stops and it will be up to it how it will continue to behave in the commercial use of stops – whether it will go the way of more advertising and return on higher rental profits, or vice versa – reducing visual smog in the city, and the shelters will have a minimum of advertising, “he added.

‹ 217 admissions in Portugal since the start of the pandemic. 20 in intensive care › Prague donates a Baroque church to Pavlík