/ PHOTO / Late Baroque Church of St. Kateřiny, which is located in the very center of Pavlíkov, should soon fall to the town. The current owner, which is Prague, which he is no longer interested in, so she decided to transfer it free of charge. This has yet to be approved by the Prague representatives at their next meeting. 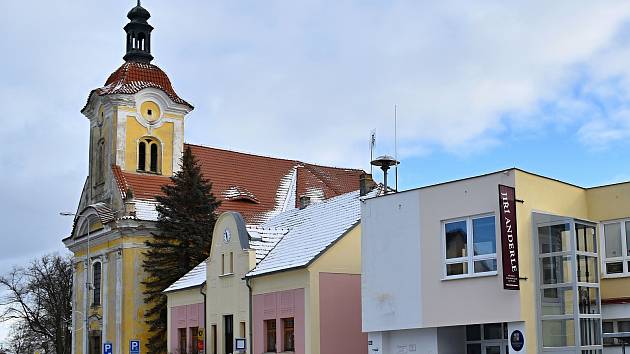 Church of St. Kateřiny in Pavlíkov should belong to the town.

The capital has assessed its property as unnecessary, the church is unused except for a few events and needs repairs. After some speculation, Pavlík’s deputies eventually expressed their dominant interest.

As stated by the mayor of Pavlíkov Miroslav Macák, the monument from the 18th century does not need any cardinal reconstruction. “After inspecting it, we were surprised that the church is not in a state of disrepair and I do not think I need a repair at all. In the autumn, a piece of the roof was damaged by high winds, but it has already been repaired. On the side towards Rakovník, it is a bit waterlogged, the plaster falls off, moss forms on the floor, so I would need to ventilate, “said Macák.

By tram to Zdib from Prague, maybe already in 2025. And elsewhere? We’ll see

The town is therefore ready to allocate funds from the budget for maintenance, but nothing major is planned here. “The first thing we want to do is the bars so that the main door can be opened and the church can be ventilated. But there are other things that take precedence now. We have to map the condition of the church, set a work schedule so that it has a head and a heel, but its condition is definitely not a disaster, “said the mayor.

The church used to serve as the depository of the Gallery of the Capital City of Prague, but in recent years it has been empty. The Pavlíkov family only organized a few events here, as the municipality donated the keys to the church two years ago.

Prague is abolishing the carriage station, and carriage operators have set out to demonstrate

Is it okay that Prague paid over two million to ride free bikes? | Politics News

‹ PHOTO: Prague showed a new stop, Mayor Hřib was looking for a rubbish shirt › In Vienna they are working on the JCPOA, while the USA and Israel are studying a plan B.