Alice Masaryková: 55 years since her death. She founded schools and taught in Prague

Although of Czech or Czech-American origin, because Alice’s mother and the first Czechoslovak first lady was Charlotta Garrigue-Masaryková († 72), she was born in Vienna May 3, 1879. At that time, Tomáš Garrigue Masaryk († 87), then 29, was lecturing at the university. However, his stay in the Austrian capital did not last long for Alice.

Wandering from place to place

“She moved with her parents when she was a child to Prague, where his father became a professor at the newly opened Czech university in 1882, “says Harold Gordon Skilling, a mother and daughter of Charlotte and Alice Masaryk, professor emeritus of political science.

A growing family – after the first-born Alice, they were born as well sons of Herbert († 34) a John († 61) gradually replaced Smíchov and Vinohrady, until in 1890 she visited the Lesser Town. “The reasons why they wanted to move elsewhere again, this time to the Lesser Town, are not exactly known,” says the bohemian Lenka Slívová in Charlotte’s book: TGM’s wife. newborn baby girl Eleonor. “In addition, there was no water supply in the house, so the water had to be carried from a well in the yard to the third floor. The children also had to get used to their new classmates, because they were waiting for a transfer to the primary school in Josefská Street. ”In 1891, the couple was born in Malá Strana. last descendant – Olga Masaryková († 87).

As Skilling points out, Alice in particular has received an excellent education. “In Vienna, her parents spoke English, their mother tongue, and they also used German, which they both mastered., “The professor writes. Alice later also “learned Russian at her father’s urging. Her mother, who studied music in the United States and Leipzig, began teaching her to play piano and later she had other teachers. ”She wasn’t a stranger either sport – especially swimming, cycling and tennis, which used to be very popular at the turn of the 19th and 20th centuries.

On the way of the teacher

In the end, neither music, nor sports, nor foreign languages ​​were a track for the young girl. Despite the fact that politics at Masaryk’s home was shaken so much that not when Masaryk was still a member of the Austro-Hungarian Empire, Alice became particularly interested in social issues. The phenomenon that fascinated her was alcoholism, about which she even translated a book. She was determined to fight this scandal no matter what. She was one of the first women adopted in Prague to study of medicine, although she left it after a year. “Partly due to poor eyesightu, ”writes Skilling. But also because, according to her, medicine did not satisfy “her need to help people. It lacked a spiritual dimension. ”

In the end, her destinies were written as follows she studied history, to teach her later – first in České Budějovice, then in the years 1910 to 1914 in Prague Holešovice. “According to former students, she was a great teacher who spelled out their lives and Skilling thoughts. “One of them wrote that she was so different from other teachers as a refreshing wind – strong, fresh, open and original.”

Prisoner of his own name

Even before the First World War, Masaryk was a thorn in the side of many politicians. The war completed everything – at the end of 1914 Masaryk emigrated so that he could start building abroad resistance against Austria-Hungaryu The road to illegality marked his closest. „28. October 1915, Alice was unexpectedly arrested and held in pre-trial detention in Bartolomějská Street in Prague after two weeks, “Skilling writes. She was blamed for high treason, her father Tomáš Garrigue Masaryk has already committed.

Several of her memories of her imprisonment have been preserved. “She was located with four cots, a flush toilet and a metal sink. Although I feel that her soul is completely calm, she has not closed her eyes all night, “says Skilling. It is remarkable, however, that Alice soon improved her “bare” with a number of decorations. One of them even became “aquarium with two goldfish and a cage with two goldfinches. ”And when she was on a” trip “in the Krč sanatorium, she was also allowed to take a bath. However, it was worse in Vienna, where she spent a rough eight months, during which she was subjected to frequent interrogations.

Under the red cross

Until the end of the war, all of Masaryk were under the watchful eye of the Austro-Hungarian police. The family has, of course, had better years at the end of the war, when the independent Czechoslovak Republic was established and Masaryk was elected its first president. Alice? Surprisingly, she followed her father’s example Member of the National Assembly, in which she lasted less than a year.

“She was acutely aware of the difficult social problems the new state would have to deal with, and began to plan what should be done,” Skilling writes. Her mind was fixed on the Red Cross, whose Czechoslovak branch soon became chairwoman. From that position, she greatly contributed to the fact that other international member groups began to send donations to early Czechoslovakia, and began to provide other types of assistance. Shortly afterwards, she founded the Czechoslovak Red Cross.

The first lady of nursing

Thanks to Alice Masaryková’s contacts, they began to flock to Czechoslovakia volunteers AND Samaritans. “She also founded the so-called Legion of Small, which took care of homeless children due to wars or post-war turmoil, and organized cultural programs and set up summer camps, ”says Skilling.

Officials of the ČSČK executive branch and directors of divisions and unions from Bohemia, Moravia, Silesia and Slovakia gathered in Prague for a regular annual meeting. The wife of the president, Mrs. Hana Benešová, who is the honorary chairwoman, took this opportunity to invite the participants of the meeting to Prague Castle in the afternoon. On sn. Among the guests was also the founding member of the ČSČK, Mrs. Alice Masaryková

“Alice was mainly interested in the education of nurses, and therefore invited the relevant American experts to Prague. She also pushed for establishment of several medical schools. With the financial contribution of the Rockefeller Foundation, Alice initiated the establishment in 1936 Higher (later Masaryk’s) social care school in Prague. Thanks to this foundation, the State Institute of Public Health was also opened.

Another fact is remarkable. Although it is generally known as official second first lady perceived Hana Benešová († 89), in fact Alice became her. Her mother Charlotte died of a stroke in 1923. From that time until the resignation of Tomáš Garrigue Masaryk, the first lady was her firstborn daughter, for whom it was nothing new, as she helped her father a lot during her own mother’s lifetime. “A close friend remembers that it was not always easy for Alice to live next to such an exceptional personality, but hers love of father, self-sacrifice and so affordable to create for him the atmosphere of home, ”Says Skilling.

Alice remained active even after Masaryk’s abdication as president, even after his death. From her apartment in Loretánská Street in Hradčany, she continued to work for the Red Cross and spread the ideas of humanism, which, however, began to drown out the screams of Nazism. As soon as she crossed the threshold of our borders, she decided to emigrate in March 1939, first to Switzerland, then to America, where in 1950, after the communist coup and especially the strange death of her brother Jan, she took refuge a second time. “She was worried about her own safetySkilling notes her decision.

In a family circle

Unfortunately, the second emigration lasted not only for a few years, but for the rest of Alice Masaryk’s life. However, it was not to be expected that she would remain in the background with such an active lady. In America, for example helped refugees from Czechoslovakia and in radio form she even spoke to the Czechoslovaks through Radio Free Europe, thus certainly imitating her younger brother Jan, who also spoke to the Czechs from England during the Second World War on the radio.

“In 1964, Alice had a seizure of Mr.tmore, ”writes Skilling. She had the last two years of her life in Chicago. “Shortly before her death, she even considered the idea of ​​returning to Czechoslovakia, but eventually rejected it “I could never go to a country ruled by anti-Christian philosophy,” Skilling quotes from her memoirs.

November 2 1966 has suffered several heart attacks On November 29, she succumbed at the age of 87 letters. She was buried with the participation of many important personalities – among others, for example, the former Prague mayor Petr Zenkl († 91), who also shared the fate of an emigrant due to the communists, at the Czech National Cemetery in Chicago. However, her wish to return “home” only remained heard. “In 1994, her ashes were transferred to the Lány cemetery, where they were stored next to the remains of her father, mother and brother Jan.. “ 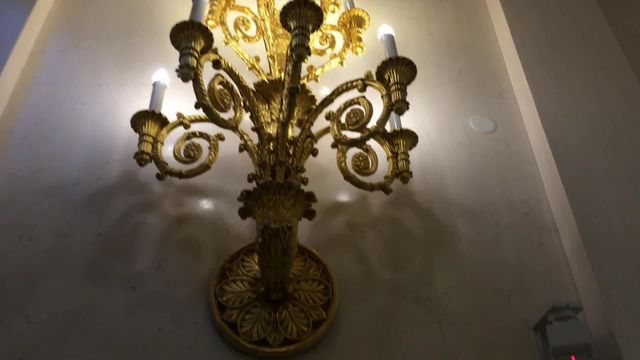 On February 15, 2019, an exhibition by František Kretz and Alice Masaryková opened at the Ethnographic Museum of the National Museum, which discusses the unique rooms that were on display at Prague Castle until the end of the 1940s. David Winter 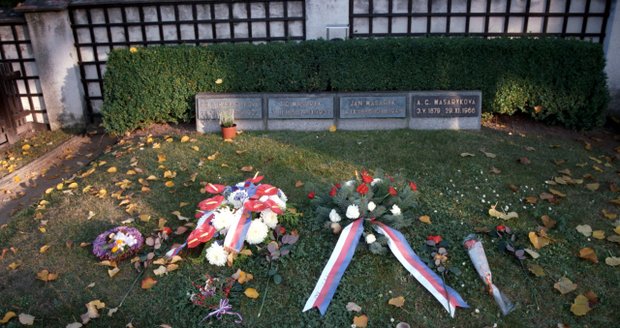