When the lockdown came, I had to work in the Amazon to rent. Even a young, already stellar actor is not easy. And that’s really beautiful. VIP scandals and affairs

Description: Jan Nedbal in The Christmas Story, which was supposed to premiere on November 25, but was postponed to next year for fear of covid

PHOTO, VIDEO In the run-up to Christmas, several films are going to the cinemas, which will ask for the audience’s attention. The film The Christmas Story by director Irena Pavlásková has a great chance of success.

“My student journalism has a love affair with a married lady, and just at Christmas it gets a little complicated for him,” Jan Nedbal described his role. In addition to him, a number of other stars play in the film: “We managed to put together excellent actors and connect them nicely. Each has something to play, each has its own story and space in which to show their character emotions. We have several heroes in the film and everyone has their irreplaceable place, “confirmed the director and screenwriter of the film Irena Pavlásková.

From Norway to the series and the main roles

Jan Nedbal celebrated his thirties, originally wanted to become a paramedic, and even graduated from a secondary medical school, majoring in nursing. However, the desire to play theater prevailed, followed by studying at DAMU. After that, he allegedly fled to Norway for love: “First through Erasmus for an internship in Norway, where I worked in the theater. It was great. After a month, they offered me a paid position and I stayed there for two years. When I had time off, I disappeared to Iceland. There I worked in a bar or worked as a cleaner. Life is pretty expensive there. I also found an amazing second family in Iceland that I miss. We call each Christmas and try to follow them as best I can. “

After returning to the Czech Republic, he managed to break into FTV Prima, where he plays in the series Sestřičky, originally Blue Code. He is grateful for his performance in this series, because during the pandemic, the series saved his skin: “At the end of spring, he saved me existentially. When the first lockdown came, I was out of work and had to work in a warehouse in Amazon to rent. And then the phone rang: “Hi, don’t you want a new primary series? Sixteen days a month, a two-year contract? “I’m an actor, not a storekeeper, so I said yes, and I don’t regret it at all.” 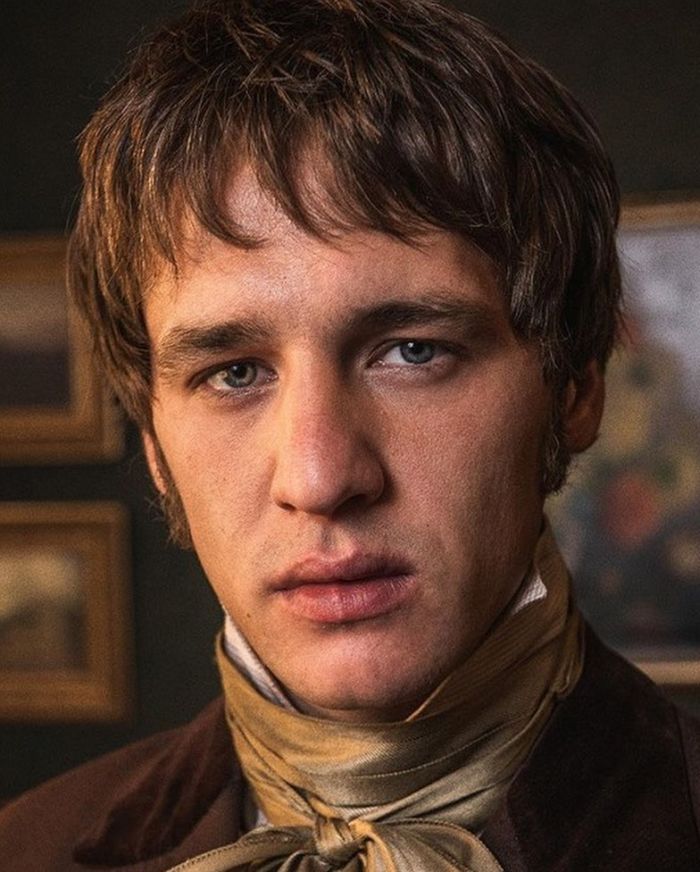 As the poet Nebeský in the miniseries Božena, photo by Czech Television

Director Peter Bebjak gave him several occasions, filming the internet post-apocalyptic series Skvrna with him, the miniseries Actor, in which Jan Cina starred, but Jan Nedbal portrayed the Count, who made the garbage regime, and most recently the film Report, in which which Jan plays a concentration camp prisoner. 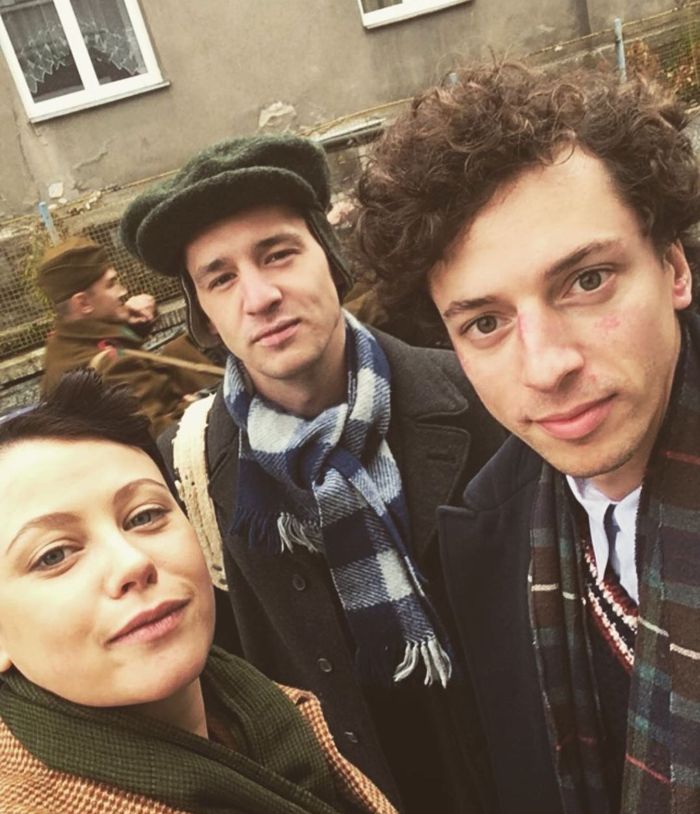 In the miniseries Actor with Jan Cina and Jenovéfa Boková, photo 2Media

He is very interested in historical topics: “Fortunately, I have been very inquisitive since I was a child and I love stories, so even though my parents’ generation has not experienced this period, they still remember something from their parents. Later in college, I started working on the history of Czechoslovakia, post-war in general, political trials and crimes of communism, so I hope I can say that he had a sufficient idea. ”His next role as the poet Nebeský in the drama about Božena Němcová ´Božena´. 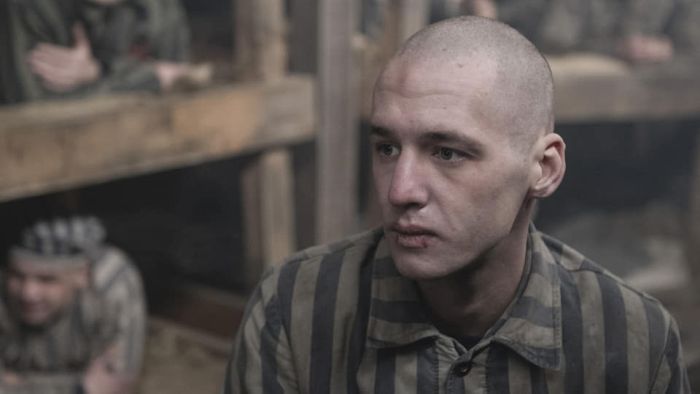 Director Peter Bebjak with the film The Report highlights the heroic deeds of Alfred Wetzler and Rudolf Vrba, who set out from the concentration camp over the mountains and enemy patrols on their way to their native country, in the territory of Czechoslovakia. However, their goal is not only the escape itself, but above all the writing and transmission of reports about Auschwitz hell. In the end, it is the basic document of the Holocaust that convinced the world to believe. News in cinemas since October 14, 2021. Photo by BontonFilm

Plus a goofy rapper?

In his spare time, he plays with the band Matka, formed by actor Adam Ernest: “I compose music and I have a band called Matka. So, in my case, you can’t talk much about singing, I’m rather screaming. When people remember me from Božena and then they come to our concert, it’s quite heaven and bagpipes, “admitted Jan Nedbal. It’s a fact that the clips of this band are very shabby and Jan and Adam are stylizing themselves in the roles of rappers, but everything is meant seriously: “Maybe it works that way, because that’s how we look at it. (laughs) But we mean it deadly. It is probably difficult for you to equate the public image of Honza Nedbal, whether it is my role in Božena, Sestřičky or Actors. Then you let go of the Mother and probably say to yourself: Really ?! ” 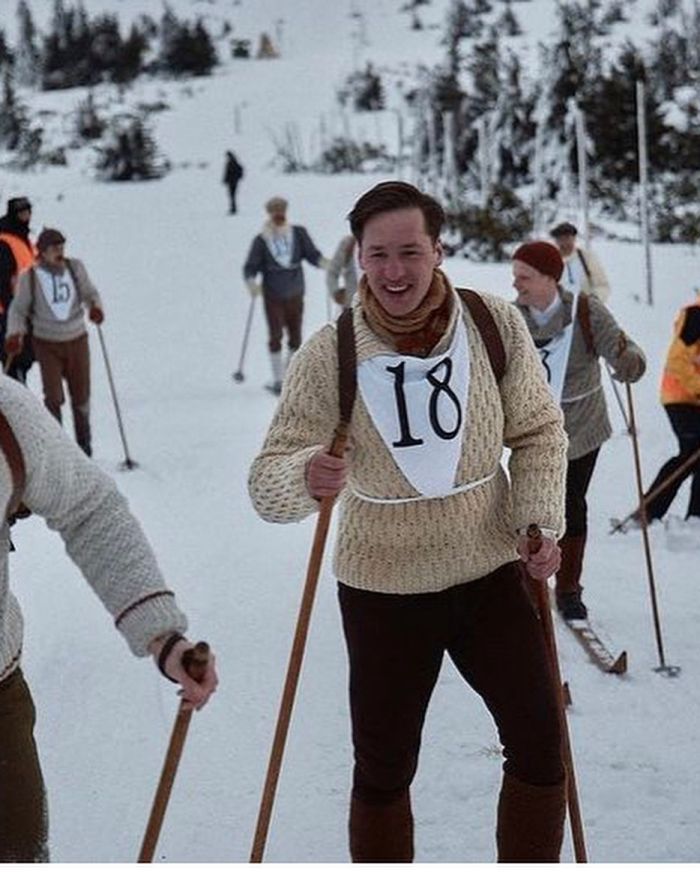 In the film The Last Race, photo by BontonFilm

Sunny has a video clip

The series Slunečná is a hit and the hit is also the central song, which serves as the jingle of the series. Fans will now enjoy the new version of the jingle, which was shot as a video clip in the church in Zápy with the participation of all the stars of the film. “We’ve been filming all day since early this morning. I don’t think I even went to bed slowly as I had a busy day. But I’m very happy for the filming. Something is closing here, and at the same time nostalgia for me, “admitted Marek Lambora alias Janek.

Michal Hrůza explained what it was like when Prima took over his song Kovbojská “You know, there was some speculation that I was upset when Kovbojská sang as the central jingle of Slunečná. It wasn’t true. Maybe I also proved it by appearing once in the series, where I played myself, and now we have accepted the offer again and we are here, “admits Hrůza, who has already sung Kovbojská and Eva Burešová. “Eva and I sang at a concert and it was great. Of course, the song is sung differently in the series than the original version. I do not mind it. Sometimes people don’t know if it’s Cowboy or Sunny, but that’s okay, “admits the musician.

Tennis fans should pay attention, because we have a book about Roger Federer, perhaps the best tennis player in history. It was written by publicist Milan Hanuš, the book was christened by Czech tennis legend Jan Kodeš, Wimbledon winner. Surprisingly, he has a certain share in Federer’s championship: “Federer’s mother Lynette saw me play at the tournament in Basel. She came to me, praised my backhand, and said she would like her son to play tennis like me. The Living Myth book by Roger Federer portrays the tennis player as a hero: “The book draws a living type of hero who attracts us so much, because in him we sense our own” heroic factor “, who we are at the core,” Hanuš.

Fans of Andrey Bocceli’s beautiful voice can rejoice. The famous tenor should come to us and organize a concert here in January. He will perform at the O2 Arena in Prague on January 8, 2022. He will be accompanied on the stage by rare guests, such as the great Cuban soprano Maria Aleida, the Tuscan diva Ilaria Della Bidia and the baritone Gianfranco Montresor.

The master is already looking forward to Prague: “Every time he comes to Prague, I find that the concert hall is sold out, a joyful proof for me that the Czech audience likes me and that he is looking forward to me. And also thanks to this relationship, I always have very good memories of Prague and the Czech audience. ” Andrea Bocelli sold out the world’s largest concert halls and opera houses, sang to popes, presidents and the royal family, and sold an incredible 90 million carriers. Bocelli has won many awards, including the Golden Globe, an incredible seven Classic Brit Awards and seven World Music Awards, and has been nominated for six Grammy Awards and six Latin Grammy Awards. Since 2010, his star has shone on the Hollywood Walk of Fame. He released the album Sí three years ago.