Accident Unhošť: A drunk driver crashed, then ran into a field

The accident took place on Sunday, ten minutes after ten in the evening, on a second-class road near Unhošť. The driver was driving in a blue octavia towards Jeneč, a 28-year-old woman was sitting next to him. “While driving, the man probably did not adjust the driving speed to the condition of the road, he drove to the right off the road and collided with the turn signal with his right rear-view mirror. The vehicle then skidded, then its right side collided with a tree that broke, “Police spokeswoman Michaela Richterová described Bleska’s course of the accident.

The car then jumped into the air, rolled over the roof and landed on the wheels in the field! A passerby immediately called the police and paramedics, provided first aid to the woman on the spot – he found her by the road, because she fell out of the car.

Police officers and handlers, rescuers and firefighters went to the place. “The handler searched the field together with the firefighters, the dog then found the driver, who left the place of the accident towards the village of Červený Újezd, lying unconscious in the field,Richter added.

The men were immediately transferred to an ambulance standing by the vehicle. After a while, he woke up unconscious and underwent a breath test – which showed 1.5 per mille! “The driver said he drank three pints of 11-degree beer and five large shots of hard alcohol,” the spokeswoman said, adding that none of the two passengers were wearing seat belts.

“The woman suffered moderate injuries, femoral fractures and abdominal injuries. Rescuers took her to the Motol hospital. Men with moderate injuries were transported to the hospital in Kladno, “said Petra Homolová, a spokeswoman for the Central Bohemian rescuers.

Police officers detained a driver’s license on the spot. “The police are finding out all the circumstances, such as why they left the scene,” Richter added. The man is suspected of the crime of grievous bodily harm due to negligence and danger under the influence of an addictive substance, for which faces up to six months to four years in prison. 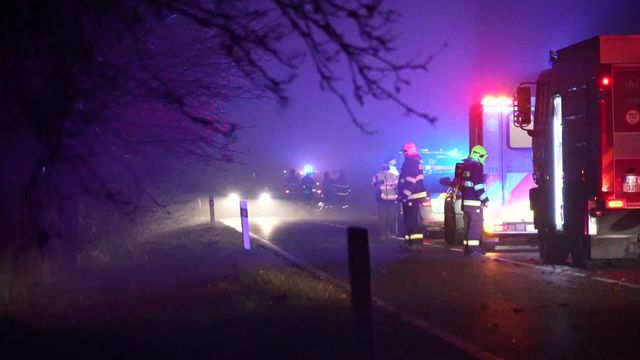 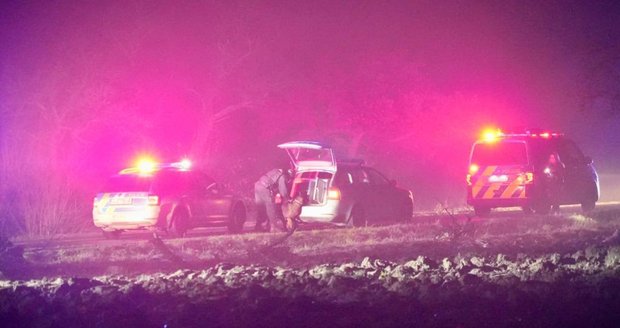 ‹ French Cup. A derby between Toulouse and Montauban in the next round › Prague-Bubny: The railway station is awaiting modernization