Russia – Cyprus – 6: 0, qualifying round for the World Cup-2022, what the Croatian media write about the Russian national football team

The Russian national team defeated Cyprus with a score of 6: 0 in the World Cup 2022 qualifying match and took another step towards the main tournament of the fourth anniversary. Valery Karpin’s team could have entered the World Cup yesterday, but a miracle did not happen – Croatia easily rolled Malta – 7: 1. Now the fate of the first place in the group will be decided on November 14, when Russia will play away from the Balkan national team. What do the Croatian media write?

In vain did Russia wait for help! Croatia scored more than we did in Cyprus

The Vecernij List praised its team and noted that Karpin’s team will face a serious test on Sunday. However, this is clear to everyone.

“After Russia defeated Cyprus, our team had no room for error. As a result, we managed to achieve victory and do it in a great style. Having beaten Malta with a score of 7: 1, our team sent a clear signal to the Russians. On Sunday, the goal-oriented finalists of the last World Cup are waiting for Karpin’s team in a crowded stadium.

And here is what Index writes. Russia was given very little space.

“Russia has done its part by defeating Cyprus in St. Petersburg. Now everything is very clear. To travel to the World Cup in Qatar, Croatia must beat the Russians in the final round of selection. Karpin’s team will be satisfied with a draw. “ 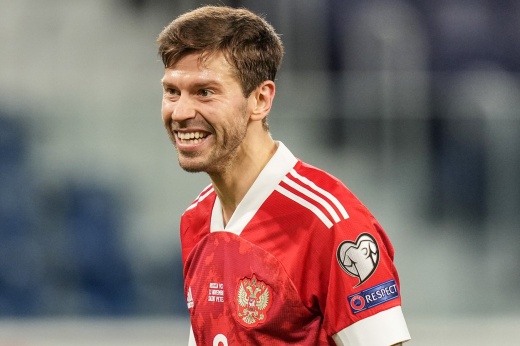 Russia is getting closer to the World Cup 2022. Layouts before the last round

Dnevno.hr believes that the Croatian national team is better than the Russian team, but rightly notes that this must be proved on the field.

“Croatia has done a great job in Malta, the decisive match is ahead. Our team defeated a modest opponent, resolving all issues during the first half of the meeting. The confident victory allowed Dalich’s team to save forces before the decisive game of the qualifying cycle. In addition, none of the Croats hanging on the yellow cards received warnings. The victory over Russia will allow to take the first place in the group and go to the World Championship in Qatar. A fiery atmosphere awaits us on Sunday.

As for Russia, she won a convincing victory, but she was far from playing with the strongest opponent. However, what do we care about the Russians? Our team is better, but we have to prove it. On the other hand, it is clear that without the right strategy and dedication of the players, this means nothing. Malta is a small country in the Mediterranean Sea, and we smashed it, but now a huge Russia awaits us. “

“We watched the inspirational play of the Croatian footballers. They acted aggressively, wisely, purposefully. In the end, the players simply “killed” the opponent. An excellent answer to the victory of Russia in the match with Cyprus. We made it clear to the Russians that Croatia can score a lot. They excelled six times, and we – even more. The decisive match of the qualifying cycle is ahead. Russia, beware! “ 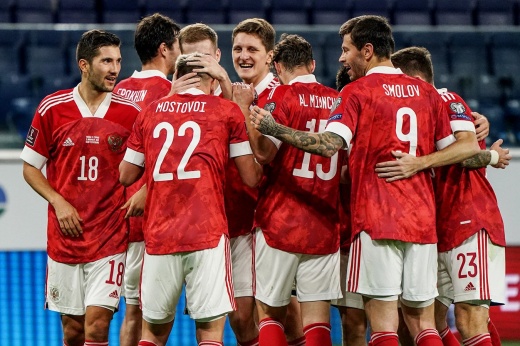 Seven reasons to be happy for the Russian national team. And one is to be upset

In the same place, journalists spoke with respect about Karpin.

“Karpin took the helm from Stanislav Cherchesov’s hands, and under his command the team won five victories in six matches. The charismatic specialist left the post of the head coach of Rostov and achieved an impressive result in the national team. As soon as Karpin headed the team, he immediately removed the best football player and troublemaker Artem Dziuba from it. And then he brought Russia to the first place in the group and significantly brought it closer to a trip to the World Cup. Make our Russians cheaper, but they are higher in the table!

However, it is important to note that Karpin is lucky from the first day of his tenure as head coach of the Russian national team. For example, in the match with Slovakia, his team was similar to Malta (30% ball possession), but won. It is important that the players of the national team immediately accepted the methods of the new coach. He instilled confidence in them, so for sure on Sunday they will take to the field, ready to fight. “ 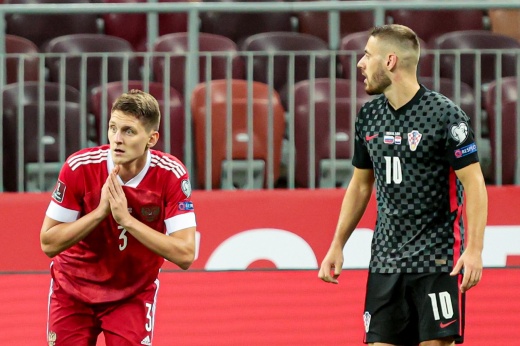 And if the Russian national team gets into the joints? Here are the layouts

And here is what the Croatian midfielder of CSKA Kristian Bistrovic said about the Russian national team.

“I would say that the players of the Russian national team are very enthusiastic. He appeared when Karpin headed the national team. Many believe that with his arrival, Russia has become a more serious team. They certainly have high hopes for the final qualifying match. Football players trust Karpin. Since he led the team, it has been under close media scrutiny. This was not the case before. The fans are also enthusiastic. The feeling that everyone believes in Karpin. “

On the website of the publication Daytime Croatian readers were asked to take part in a poll on whether their team will make it to the World Cup. Most of the fans believe that the Croats will go to Qatar. 50% believe that the Split match is an unprecedented drama, but believe that the match will be on the side of the hosts. 11% expect Croats to make their way to the tournament through play-offs. 9% of people voted for the option “There will be a draw in Split, and then we will lose the joints”.

The ex-governor of the Russian region complained about the scammers: Incidents: Russia: Lenta.ru

The United States and Russia have made progress in issuing diplomatic diplomatic services: Politics: World: Lenta.ru

‹ Lindelof receives the lowest possible player rating after a mistake in Sweden loss › No visits to Tamsweg Hospital – salzburg.ORF.at