Despite the quality performance just a point. The comet in Pardubice was betrayed by its weakness

Although they have lost the two-goal difference, they still have nothing to be ashamed of. The hockey players of the Brno Comet had a long time to go in a quality extra-league match on the ice of the third Pardubice, but the East Bohemians gained a score in front of almost thousands of fans thanks to two used power-ups. The people of Brno remain in the ninth table. 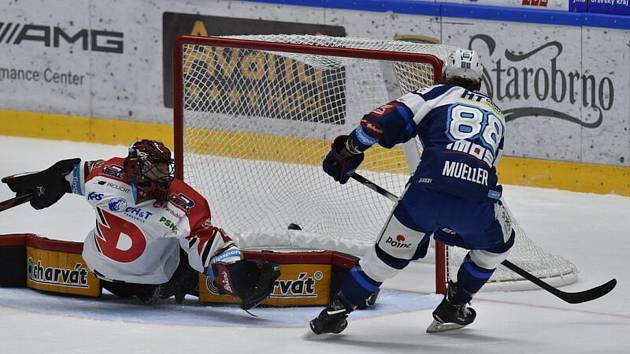 Although the hockey players of Kometa made a two-goal difference against Pardubice, they lost it.

Comet hockey players strengthened Tuesday with a clear 6: 1 win over Mladá Boleslav and successfully started a duel in Pardubice. In the tenth minute, Kometa’s top scorer Luboš Horký opened the score with his ninth goal of the season, taking advantage of Daniel Rákos’s pass. It was the former Pardubice forward who increased the lead of the guests in the 24th minute, while he netted the second of his three hits this year against his former employer. But the comet paid for its great weakness – a game of weakness. In the 39th minute, Jan Košťálek first scored in the power play, six minutes before the end of the third part, the best scorer of the extra league, Robert Říčka, again won the numerical superiority. In extension, Pardubice Poulíček decided to win.

Ivančice had fun and competed in the Horizon. At Family Day celebrations

Goodbye, Russia. Dozens of Czech companies have already ended up doing business in the east