At present, drinking on the streets is prohibited by a municipal decree, which the latest amendment prohibits drinking in more than 800 places throughout Prague and contains a city list of streets from each part. In Prague 1, it prohibits the use of alcoholic beverages, for example on Jungmann Square, 28 October Street, in front of Masaryk Railway Station and in more than 50 other locations..

On You can find a map of the municipality’s website all places with a ban on drinking. In addition to selected streets, drinking alcohol is also available, for example, on children’s playgrounds or within a radius of 100 meters from school or medical facilities.

The management of the town hall bothers mainly breaking the night’s rest, when some places in the center where the locals live change in the evening at the venue for outdoor parties. “Unfortunately, we are still struggling with the disturbance of the quiet of the night, which causes, in particular, the indiscipline of people drinking in the streets,” help Mayor Petr Hejma (STAN). The amendment to the decree should help to fight for a calmer life.

In October, the Deputies approved comments on the decree, where the sentence “alcohol consumption is prohibited in public places or parts thereof, located on the territory of the City District of Prague 1, namely in the time range from 22:00 – 06:00., ie during night rest ’.

Have fun, but decently

According to the town hall, the enforcement of the current decree, which consists in listing the streets, is difficult and a legislative instrument is needed to combat the disturbance of the quiet of the night. “In pub establishments and front gardens, all decent residents and tourists could continue to consume beer or other liquids. Surely you do not need to drink alcohol on the street and disturb your neighbors, and therefore the decree will not have a negative effect on them. We don’t want a depopulated center, let everyone have a good time, “Said Mayor Hejma.

The problems are mainly with tourism

The document, which was approved by the deputies, mentions that the problems in the center are not caused, for example, by the homeless, but mainly foreign tourists heading here mainly for alcohol consumption and “unestablished entertainment“. They often rejoice in public spaces in front of various businesses. “The aim of the ban on alcohol consumption in the City District of Prague 1 is not only the goal protection of the public interest, but also the protection of citizens’ rights to peaceful housing and sleep, “says the document.

Just have an open bottle in your hand

After ten o’clock, the popular place in Bartolomějská Street could end, where it lived even during government restrictions, when restaurants and bars had limited opening hours. Prague 1 also suggests that staying in the open air with an open bottle or other container should also be considered drinking in public.

Prague 1 has been appealing to tourists since September this year with the help of a campaign called Enjoy & Respect. It tries to draw attention to the visitors of the metropolis to respect that families with children, for example, also live in the center. City Hall has also long been fighting the noise caused by tourist accommodation in short-term AirBnb rentals and is calling for changes in legislation to regulate this type of business. 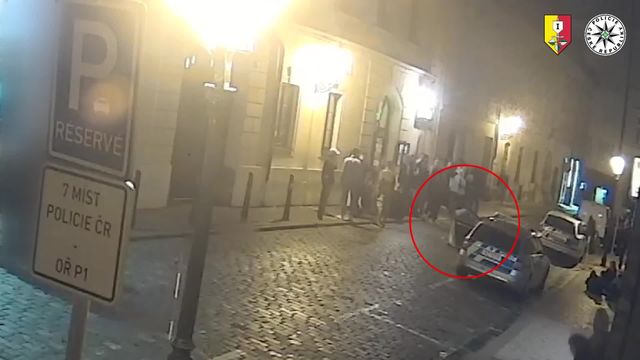 In Bartolomějská Street in Prague, around three o’clock in the morning, a young man fired a gas pistol into the air under the influence of alcohol. PČR 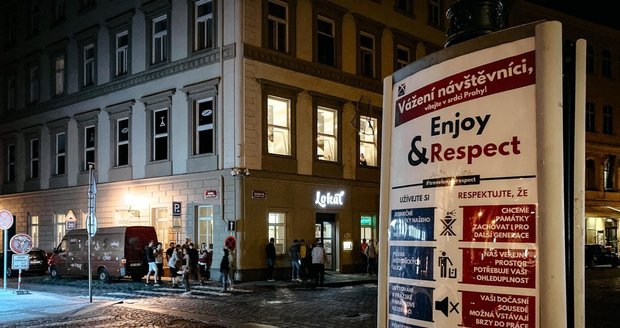 In the advertising campaign of Prague 1, the City Hall of Prague 1 encourages tourism to respect the privacy and peace of the inhabitants of the first part of the city.

‹ The Fenix ​​Toulouse finished too much reduced › Krakow weather for today. Weather forecast 27.10.2021