Dangerous riding on scooters: The policeman had to use grips on the young man

/ VIDEO, PHOTOGALLERY / Police officers in Prague chased young men who were driving through the night streets on electric scooters. Although the police managed to catch up with the group, one young man fled. The police had to use coercive means to detain him. 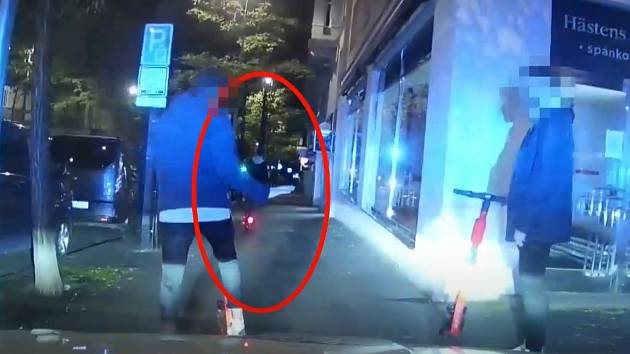 | Photo: Municipal Police of the Capital City of Prague

“The young man’s ride on an electric scooter in the opposite direction did not leave a cold patrol of police officers passing by. The rider did not react to the possibility of stopping and raced through the streets of Vinohrady. In the church of St. Ludmila, two other people joined the young man and together they continued driving towards Vinohradská Street, where a patrol found them in front of house number 33, “said Irena Seifertová, a spokeswoman for the Prague City Police.

However, one of the persecuted drove off again, ignoring calls to stop.

PHOTO: A Romanian truck driver was surprised by five migrants in the village square in Říčany

“Then he jumped off the scooter, threw it off and continued to Anna Letenská Street, where a policeman lowered him to the ground with handcuffs and grabs and put handcuffs on him,” the spokesman said, adding that police officers fined each of the 22- and 23-year-olds in the amount of 6 thousand crowns.