“In 13 minutes I collapsed into hell.” Karpin’s most senseless goal for the national team 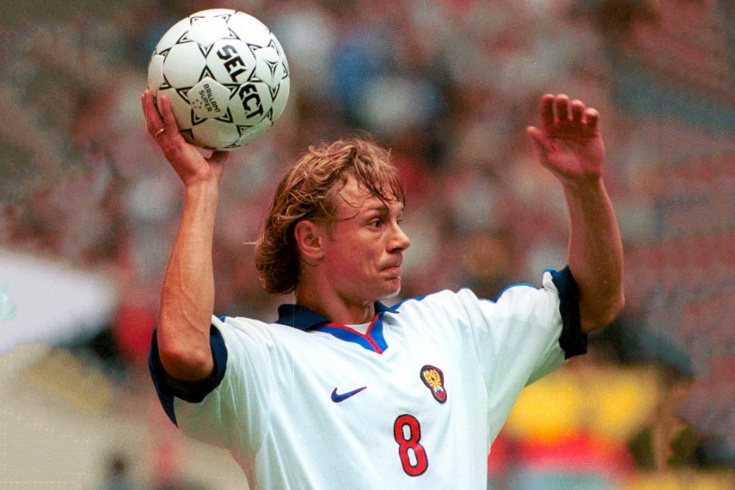 Yes, we remembered that very match with Ukraine.

On October 9, 1999, an unforgettable match took place between the national teams of Russia and Ukraine. 22 years have passed since that meeting in Moscow, but the feelings of the goal Filimonov missed are still in the memory of Russian fans. The goalkeeper’s mistake resulted in the team Oleg Romantsev did not reach the final of the European Championship, which was held in Belgium and the Netherlands. Since then, Russia and Ukraine have never met, and the goal Valeria Karpina in “Luzhniki” remains, perhaps, the most meaningless in his career. 22 years later, he is again in the national team, but in a different role. 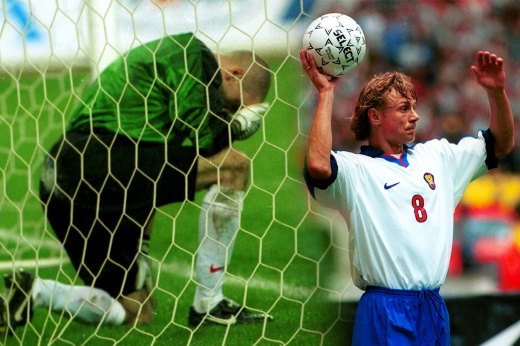 “I cried with Karpin, the national team and the whole country.” 12 stories about the match Russia – Ukraine.

The Ukrainian national team arrived in Moscow for the first time since the collapse of the USSR. Together with her, the Prime Minister of the country arrived at the stadium Valery Pustovoitenkolocated next to the government rostrum with the future president of Russia Vladimir Putin… Filled with 85 thousand Luzhniki, the presence of high-ranking officials, against the state of the two former republics of the USSR – all this foreshadowed an exciting battle.

Karpin spent the entire match on the field. Before the game, the current head coach of the national team was named the most likely goal scorer. Both teams had many players from the top championships: Alenichev (Roma), Khokhlov (PSV), Onopko (Oviedo), Beschastnykh (Racing) and Karpin (Celta) shone for Oleg Romantsev, and Jozsefa Szabo – Luzhny (Arsenal), Skachenko (Metz), Maximov (Werder Bremen) and Shevchenko (Milan).

Karpin brilliantly spent the qualifying stage for Euro 2000, scoring five goals, including the winning goal against France in the 87th minute. It is not surprising that it was the Celta midfielder who opened the scoring against Ukraine. At the 75th minute, the English referee put a controversial penalty goal of the guests, and Karpin struck Shovkovsky with a powerful blow. The goalkeeper of Ukraine made a mistake while placing the wall, and the ball ricocheted from Golovko, who was standing in it, into the goal. This goal of Karpin was the sixth in the qualification of Euro 2000, while Valery himself became the first player of the Russian national team, to whom this summit was conquered. Before him, Blokhin, Protasov and Kolyvanov scored five goals. It is impossible not to remember how happy Putin was on the podium. After the goal of the Russian national team, the future president of the country got up, clapped furiously in his palms and raised his hands up.

Romantsev’s team could have excelled before. After the break, the Russian national team got a combination with the participation of Titov and Karpin, which ended with Khokhlov’s kick above the gate.

Why Karpin said about “heaven and hell”

After the game, the author of the goal scored said that, in principle, any other player could have made such a mistake, and Filimonov would not have made it a second time. Karpin said that the lost victory is the fault of the whole team, which did not realize before this weight of scoring chances and did not decide the outcome of the meeting even before the goal of Ukraine.

14 years later, Karpin recalled the match at Luzhniki in one of his interviews:

“So long ago it was all … No, I can’t say that I somehow remember one thing, the very thing. The goal against the Ukrainian national team in the overcrowded Luzhniki in the fall of 1999 is still in front of our eyes. When the ball hit the net, it was like he was in heaven. From which, 13 minutes later, after Shevchenko’s goal, he collapsed into hell.
The dressing room was so devastated that there was no strength left for anger or anything else. Misunderstanding, complete emptiness in the head – that’s all emotions. In my opinion, Oleg Ivanovich was silent. Yes, even if someone said something, they simply did not hear him, ”concluded Karpin. 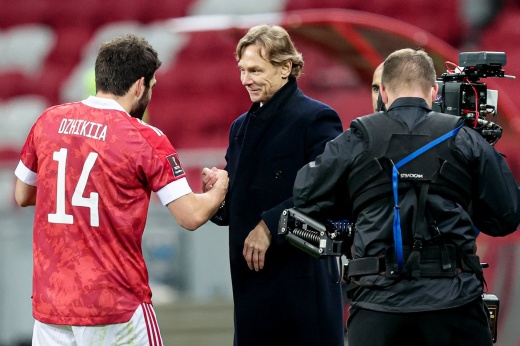 After that meeting with Ukraine, the midfielder has 21 more matches for the national team, but scored only two goals – against the United States in a friendly game and Tunisia at the 2002 World Cup. Now the coach Karpin in the national team’s history of the case with the results will turn out: in four matches, Russia has never missed and won three victories.

No good can be expected from the US and the EU: Russia will help the Afghans