Exhibition at the Exhibition Grounds in Holešovice in Prague: Historic motorcycles are parked on the roof

The motorcycles that can be seen in the construction come from the collection of Radek Uhlíř. “I have been a petrol politician all my life, I have been driving since I was a child. The collection began to emerge about 13 years ago,“He described the beginnings of his collection. At that time, he bought a so-called rocker from a friend, as the Jawa-ČZ 175 type 356 motorcycle is called in the Czech Republic. He had an emotional relationship with it, because his grandfather rode it. It was manufactured between 1956 and 1960. At that time, he decided to put together a collection of all motorcycles of this brand, which were manufactured in the period before World War II.

In addition to motorcycles of this classic Czech brand, much more will be on display at the exhibition. “There are three categories – the pre-war part, the post-war part and then the categories that we call motorcycles with a story. These are motorcycles that have a special or powerful story, “said Michal Šesták on behalf of the organizers. With two exceptions, there is no machine made less than fifty years ago. The oldest model is 118 years old, ie from 1903.

Radek Uhlíř built the basis of his collection for 2 to 3 years. During that time, pre-war Java models can be collected for him, then he also added the ČZ brand, today known as Česká zbrojovka. In addition, he also collects the Praga brand and gradually his collection began to grow about other models from abroad. “95 percent of Czech and German machines are here, ”Radek Uhlíř added. Many of the models he collected are associated with his childhood and on which he rode himself.

He built the first motorcycle himself

Right at the entrance, you can see his first motorcycle, which he built himself. He started riding at the age of nine, when his grandfather began to lend him his Pioneer, to whom no one called anything but a “stump.” “When I was about thirteen, he said to me, ‘You’ve had enough of my stump, climb on the ground, there are a lot of parts and build yours.’ described his beginnings with motorcycles. He then put the motorcycle he is exhibiting here on the ground again after a few years, and now, after 40 years, he brought it down again on the occasion of the exhibition of his collection.

His is here heart issue, a Zündapp motorcycle he married. He first took his motorbike with a sidecar, in which he then took his wife. The French motorbike also has an interesting story, which it got to by chance.

The Lord from whom he had bought it told him a story about how he got to the Czech Republic. It originally belonged to his similar one, which fought in France during World War II and was returning from there from the front of the house. It is said that a local farmer stopped him in the village and asked him where he was going. He told him that he was going home to Bohemia. “So he told him it was far, went to the barn with him, took his motorbike and gave it to him so that his journey would go well.” told the story of one of the motorcycles.

In addition to the Czech brands Jawa, ČZ, Laurin & Klement, BMW, DKW and Zündapp motorcycles can also be seen. Radek Uhlíř himself also renovates motorcycles, some models in the so-called found condition can be seen at the exhibition. That is, in the condition in which he bought them and then the same model after renovation.

The work is definitely not a small amount, the motorcycle basically has to be disassembled into components and then complicated again. Spare parts for such old models are usually available on various stock exchanges or via the Internet. Some pieces, such as screws, must be made by yourself. “If a person is lucky, he will renovate it in a year,” he said, adding that this is a very optimistic estimate and sometimes it can take up to five years. Not all motorcycles at the exhibition are mobile, more important than serviceability, according to Uhlíř, is the original condition. “The time of collection was so hectic that of all these motorcycles, there are about three,“added Uhlíř.”

The organizers also require a competition for visitors. After the end of the exhibition, a winner will be drawn from the entrance to receive a motorcycle ČZ 125 T from 1949. This is exactly one of the models on which Radek Uhlíř himself rode during the charity event for about 90 reasons.

The exhibition takes place on the roofs of Křižík’s pavilions on an area of ​​approximately 6,000 m2, where, according to the organizers, the number of visitors can be well regulated and at the same time it is sufficiently dispersed due to hygienic measures. “This is the first event for the public, which was achieved after the release of the measures,” added the director of the Exhibition Grounds, Tomáš Hübl. 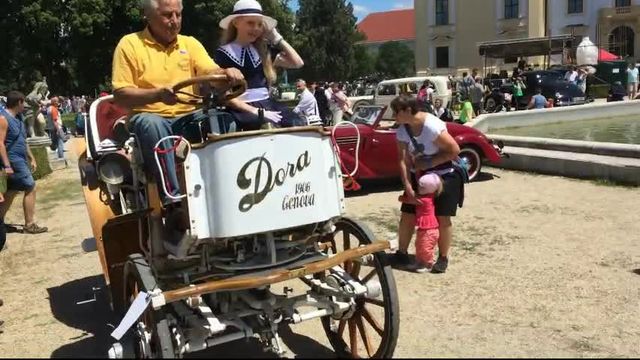 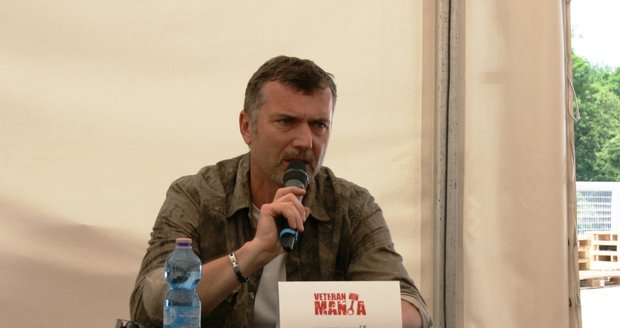 A collection of more than a hundred historic motorcycles called Veteran Mania will be on display at the Prague Exhibition Grounds from Friday. It comes from the collection of Radek Uhlíř, who put it together over thirteen years

WATCH: Vary took a point in Prague after a five-set battle

WATCH: Vary took a point in Prague after a five-set battle

‹ After a major reconstruction, the Prague State Opera received its original beauty and splendor – DesignMag.cz › Oh Finland is: Finland is preparing for a historic Eurodebut Yle news