The first PPP construction in the Czech Republic has started, the motorway connection between Prague and Písek is to be completed in three years – ČT24 – Czech Television

EVENTS: D4 is to connect Písek with Prague within three years

The D4 motorway is to connect Prague with Písek and is one of the two unfinished motorway connections of Central and Southern Bohemia. If the completion of the Central Bohemian part of the second, ie D3, will be at least the second half of the 1920s, the completion of D4 has now begun. It will not be built gradually in stages, but will work in parallel on all five sections. This will create a total of 32 motorway kilometers.

Radek Mátl, Director General of the Roads and Motorways Directorate, is convinced that, from a technical point of view, it is possible to build the entire motorway on time. According to him, the construction is delayed mainly by demanding buildings, such as tunnels or long flyovers, which will not be needed in the Příbram and Písek regions.

The highway will be built by a private individual for the first time. The competition for part D4 was won by the French DIVIa

At the beginning, there were ODP codes

Thanks to the motorway, drivers avoid Čimelice and Chraštice, where today I have to slow down to 50 kilometers per hour, as well as several unpleasant level crossings. At one of such intersections on the existing road – namely at the intersection with another state road I / 19 near Lety na Písecku – politicians and other guests tapped the cornerstone of the newly started construction and emphasized in their speeches the importance and potential that PPP attaches.

The completion of the D4 motorway attracts attention not only because it will be created 32 kilometers at a time, but mainly because it is historically the first public-private partnership project, ie PPP, to be completed. So the state wasn’t just looking for a contractor to build a highway for a contract price, and that’s the end of it for him. By contrast, the ViaSalis consortium, which brings together Vinci and Meridiam, will build the highway and run the state for another 24 years and four months.

“It simply came to our notice then. Not only because it may be worse in the sense that not much money will be needed for transport investment in the future, but also in the sense that we have to learn it. We couldn’t do it and this is a stress test for us, “said Minister of Transport Karel Havlíček. 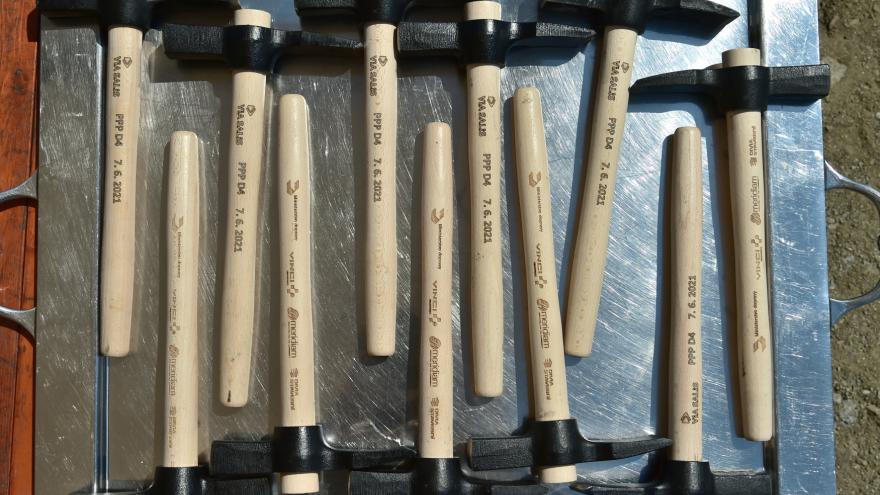 ČT24 regional broadcast: Construction of the first “private” motorway in the Czech Republic

PPP likened it to an operating lease, specifying that in the future it wanted to finance the completion of the D35 motorway in the Pardubice Region, the D3 in the Central Bohemian Region and also high-speed railway lines. Prime Minister Andrej Babiš (YES) stated that PPP could also be used for non-transport constructions, he mentioned his idea of ​​an office district in Letňany, Prague.

The Central Bohemian Council for Transport Infrastructure, Martin Kupka (ODS), would also like to see a partnership between the public and private sectors in other constructions. “A well-managed PPP project will pave the way for other similar projects in the Czech Republic and will also strengthen confidence that if private capital participates in a state project, it is not suspicious, but on the contrary it is important and good,” he added.

Kupka and the South Bohemian governor Martin Kuba (ODS) acknowledged the very fact that the missing sections of the D4 motorway are beginning to be built, according to him “it can be said that every meter of the motorway leads to the development of regions”.

Road workers want to build a hundred highways this year. From the drivers’ point of view, the modernization of the D1 will be completed in the summer, the head of the ŘSD promised

According to Havlíček, the state will save. But PPP also has criticisms

The association succeeded in the competition with an offer of 16.55 billion crowns, which represents the current nominal value of the project. However, the price is gradually being increased by other influences, such as inflation or the development of the koruna’s exchange rate. The approved direct liabilities of the state thus represent 18.8 billion crowns and 446 million euros, ie about 11.7 billion crowns. According to Minister Havlíček, “the winning price is even better in terms of the value of money over time than if we built it ourselves.”

“Instead of borrowing the state cheaply on the financial market in its own name, it forces the concessionaire to borrow the same interest at it, but we all pay it. In addition, over the long quarter of the project, the interest rate differential multiplies. We will get even more in debt, but it won’t be visible that way yet, “he said.

The Czech state has tried to use PPP in the construction of transport infrastructure in the past, but to no avail. The plan was to finance the completion of the D47 motorway (now part of the D1 in the Olomouc and Moravian-Silesian regions), later part of the South Bohemian D3, but to no avail. The PPP, together with preparations in the past and in connection with the construction of high-speed railway lines and in connection with it, is considering the Railway Administration for construction at Václav Havel Airport in Prague. 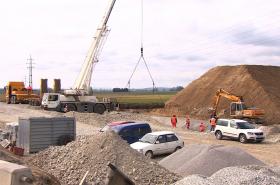 The acronym PPP in the Czech Republic does not have a good reputation. Completion of the D4 motorway for private money is expected to change that

D4 has been under construction for decades

The D4 motorway has been under construction since the 1970s. The Zbraslav bypass, which is not a formal part of it, but naturally follows it, already in the 1960s. In the 1970s and 1980s, a motorway was built – but originally it belonged to the now non-existent category of expressways – all the way to Příbram. After a long break, construction of the then R4 began again from the south, in the years 2005 to 2010 two sections were created from Písek to Mirotice, and then in 2017 only five new kilometers came in the Příbram region.

The peculiarity of the “déčtyřka” is that it does not start at the zero kilometer, which would be at the intersection with the Prague ring road in Prague’s Zbraslav, but only at the ninth kilometer at Jíloviště. The section from Prague to Jíloviště is not marked as a motorway, because the so-called accompanying road, ie parallel roads of a lower category, is missing. If it manages to be built in the future – and also to remove the pedestrian crossing from the current I / 4 road on the outskirts of Prague – the D4 should have started in Zbraslav.

Another sensation! Sternberg volleyball players did not give Olympus Prague a chance

The pre-Christmas European Poker Tour in Prague has been canceled

‹ Dolní Lomnice: A biker did not survive the tragic accident › The center is not in Žižkov? The construction of the fifth Prague Pole awakens surveyors in the people