Accident D11: Three trucks and a car collided, one burned

“On the D11 motorway in the direction of the center, we intervene in the event of an accident 3 trucks and 2 cars. We rescue from one truck and one car. The cab of one truck and one car was hit by a fire that is extinguished, “Said Martin Kavka, a spokesman for the Prague fire brigade, on Monday shortly after 4.30 pm, when the accident occurred. As a result of the accident, one of the cars ended up on the roof.

Three trucks crashed on the D11 motorway on the outskirts of Prague. (May 24, 2021) Vaclav Burian

Prague rescuers sent a helicopter, a doctor, an inspector and two ambulance crews to the scene. They were taken to the hospital in total four persons. “She is a woman (45) with heavy the injuries we had to rescue firefighters, and a girl (13) with a minor injury, both were driving in a second car, “said a spokeswoman for the City Ambulance Service. of Prague Jana Poštová for Blesk.cz.

According to her information, the other injured are driver of one of the passenger cars, who suffered bruises, and the driver of the truck, which the rescuers took to the hospital consciously. “Unfortunately, another truck driver died on the spot as a result of a car accident, ”Adds Postage. The highway was closed in the direction of Prague for ten hours. After the accident was eliminated, traffic resumed in one lane around 00:30 and completely around 02:00.

Just a few hours later, another tragedy took place on the same motorway, 14 km in the direction of Prague. A car and a truck collided there before midnight, and a helicopter with paramedics flew to the scene, according to information from the National Traffic Information Center (NDIC). “Unfortunately, the accident requires one fatal, one severe and light injury,” police said on Twitter. According to the NDIC, the cars could drive again around 04:00 instead of the accident after its removal. 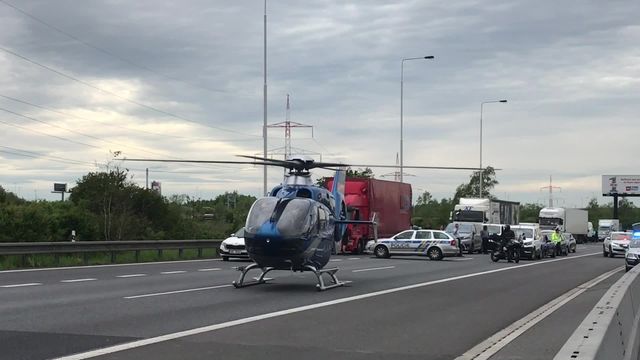 Three trucks crashed on the D11 motorway on the outskirts of Prague. (May 24, 2021) Vaclav Burian 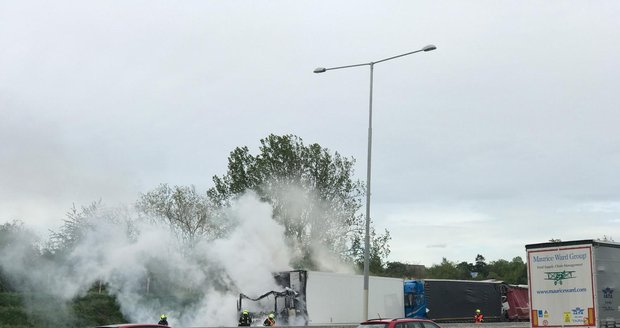 Prague exhibits the most famous buildings by Frank Gehry, including the Prague Dancing House – DesignMag.cz

People stand in lines. There are more and more people interested in vaccinations due to sitting in the pub

‹ No one is safe until everyone is safe — why we need an international response to COVID-19 › Prague Sounds: Yo-Yo Ma: The Bach Project | Slavonic Island (Žofín)