Public transport Prague: The metro will run longer, but it will not connect to daily connections

According to Drápal, the interval between the sets has been at a level since Monday, the same as in September before the announcement of the second state of emergency. On line A, it shortens by 30 to 45 seconds to 180 to 210 seconds, on line B by 20 to 30 seconds to 160 to 180 seconds, and on line C by 10 to 20 seconds to 130 to 155 seconds. The added last metro trains departing at 22:15 will not follow the last connection of daily buses and trams, which ends at around 22:30, the spokesman said.

According to Drápal, public transport will not strengthen further with regard to the number of passengers. According to him, Ropid does not expect a significant increase in the number of passengers in the evening and at night, but should this happen in the context of the coming arrival, the organization and the transport company are ready to respond. Adam Scheinherr, Deputy Mayor for Transport (Prague Sobě), gave a similar statement on Monday.

The daily operation of the metro, trams and buses is now gradually terminated between approximately 22:00 and 22:30. At the same time, night tram and bus lines begin to depart. The intervals on the backbone railway lines were also extended after 21:00. Public transport is limited during the day, according to Drápal, about 80 percent of metro and tram connections and more than 80 percent of buses now run. The spokesman added that after Monday’s strengthening, Prague’s public transport will be reduced by 10 to 15 percent and will offer at least twice the capacity of the current number of passengers.

The number of passengers has decreased

Several million passengers have been deprived of the Prague metro since September this year. While in September there were over 18.9 million, in October it was just under 13.5 million. In the period from 1 to 18 November, about 5.5 million people took the metro, compared to the same period in October it was 3.6 million and compared to September by 6.8 million people less. Compared to the same period last November, this year is a decrease of about 12 million passengers.

Public transport was already limited in March at the beginning of the pandemic. In addition to the modified timetables, there is still a ban on boarding the front door in Prague or the sale of tickets to city bus drivers has been canceled. All passengers must have their noses and mouths covered in public transport, even at bus stops. 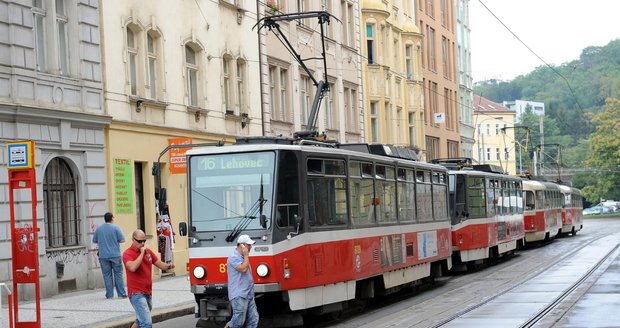 ‹ Einstein and his beloved Prague. Only in the Czech Republic did he devote himself fully to science and financially secure his family › zdopravy.cz: Prague Airport will lay off another 150 employees