For the third time in a row, the basketball players from Hradec Králové will present themselves in a home environment. After the debacle with Pardubice and a narrow defeat with rival Ostrava, in today’s match of the 12th round, Prague’s USK hosts, which urgently needs to take over, then it doesn’t want to occupy the last rung of the table anymore. The match will start at 18:00. 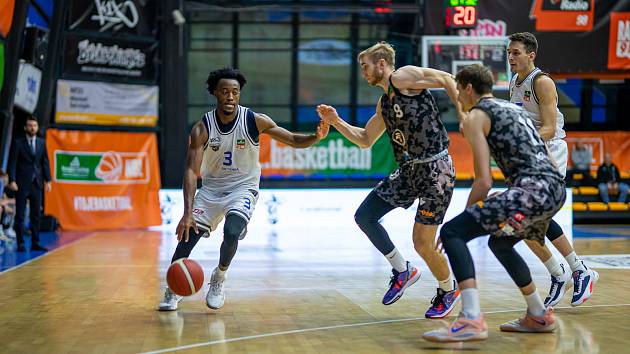 The second motivation for the Royal Falcons should be the fact that they have yet to win in front of their own fans in this factor. And they have already started seven matches in Třebš!

University students are not exactly a favorite opponent of coach Lubomíra Peterka’s wards. But you can’t look back, Hradec simply has to get busy. The alpha and omega will be the fact whether the key pivot Šturanovič will finish the match, as he has collected five personal fouls prematurely four times (a third of the matches) and thus had to substitute. In the last duel with Ostrava (83:85), this even happened 7 minutes before the end of the fourth period.

“I was terribly sorry because there was still a lot of time left. I think that if the foul hadn’t happened, we would have had a great chance to win. It’s true that we were on fire for the whole match on the rebound and without Maksim it was a complete disaster,” said Hradec Hradec coach Lubomír Peterka.