If you say Vršovice, even people from outside of Prague will think of it Ďolicek, the home of Bohemians footballers, or the Slavic Eden stadium. Not far from them, however, there is a parallel world: on the banks of Botič, above the railway, in clearings, near industrial halls, on footpaths between backyards, on tucked-away plots with spray-painted old walls. It is there that Lucie and Šimon address their potential clients. I introduce myself to them and try to make contact with them.

Social workers on the Internet: I want to catch the cries of teenagers for help

“Sometimes they send us to hell, but that’s okay. Everything works on a voluntary basis, she is not obliged to talk to us,” says Lucie Hrušková. It is said that roughly twenty percent of the respondents will reject them, the rest will listen to them. “But that doesn’t mean that eighty percent would cooperate with us. He just won’t send us away,” adds Šimon and heads towards the riverbed of Botič.

After heavy rains it flows very briskly and one has to be careful not to slip down the paved narrow bank into the water. Nevertheless, there are many visited and inhabited corners under the bridges. Below the level of the busy streets, where the tram dings every now and then, it is quiet here and an ordinary citizen will not get lost here. After all, an inconspicuous metal ladder overgrown with bushes leads back to civilization. 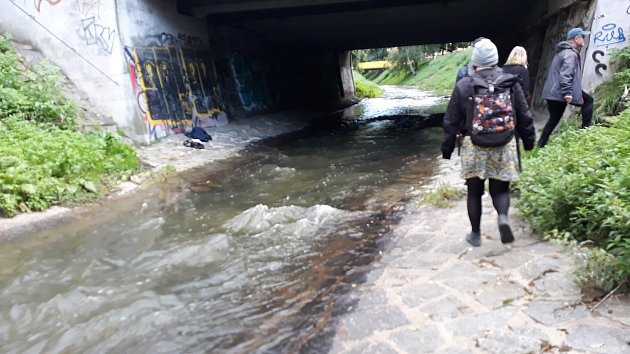 During the excursion to the reverse face of Vršovice, the “Téréňáci” will explain that the first step is to communicate with a potentially endangered person and gain their trust. For example, when they meet a bunch of pot smokers, they tell them about their services, ask if they need help, or give them a filter that mitigates the effects of the “weed.” They provide contacts on Beztíž for these problems, if the persons concerned would like to solve one of their own with them. “First and foremost, it’s about minimizing harm, so that they don’t harm themselves by consuming addictive substances. We talk with them about what’s still cool and what’s over the edge. There is no time for moralizing on the street,” describes Šimon.

On the poverty line

She also explains that Prague is one of the richest cities in Europe, but precisely because it is in the sights of mobile investors, local women quickly real estate prices and rents up. for example, the people of Prague survive on the edge of poverty and often have to leave their apartments and move to the outskirts, or to hostels or asylums. There is therefore more than enough activity for the field social worker, because hundreds of children live in completely inadequate conditions in overpriced hostels.

One small room for the whole family costs up to twenty thousand crowns, the hygienic conditions are deplorable. “Children have no place to learn, no privacy. Therefore, they wander around without being seen outside, which can lead to risky behavior. He doesn’t sleep because it’s wild at night in the hostels. They often witness arguments and tense situations. They are then tired and inattentive at school,” explains Lucie.

Another unsuccessful generation is growing up without a decent life perspective. One of these slum hostels can be found near the football stadium of Prague’s Slavia. “For example, a family of four lives in one room and sleeps on one bed,” says the field worker. 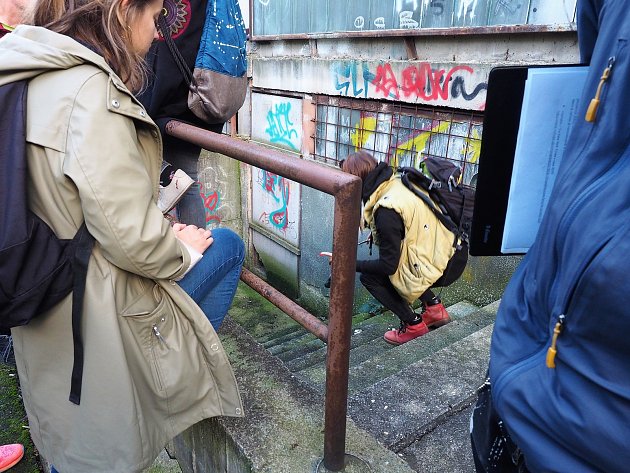 In the nooks and crannies around the block of flats, Vlasta occasionally comes across used syringes from drug users. You pull out a special container and tongs and it picks up this hazardous waste. Between the Town Hall of the Prague 10 Municipal District and the Eden shopping center there is also a special container where intravenous drug users should dispose of used needles. “For the town district, such a container is unattractive, because it admits a problem. However, it is their responsibility and they can protect ordinary residents,” says Lucie.

The Town Hall of Prague 10 also contributed to solving problems with at-risk youth by opening a low-threshold center for clients between the ages of 6 and 19 in a difficult social situation on the banks of Botič near Ďolíček in May 2021. They can spend an entire afternoon here for free and anonymously having meaningful fun. Professional social workers are available to help them solve problems or with school.

“Although there are 250 similar facilities across the country, none have worked in our district, which is home to almost 110,000 inhabitants. At the same time, as part of the community planning of social services, parents and organizations have been saying for years how much such a service is missing,” said councilor Michal Kočí (Piráti), who is the mayor of the city’s social services district, during the opening of the building. The facility is run by the international youth organization YMCA. The director of its Prague branch, Petr Bruna, said that it offers art, sports and music activities, tutoring and help with preparing for school or talking about difficulties.

How are you doing?! the teachers get angry. Trauma can be hidden behind an undisciplined student

“The fact that they can play soccer here, go to the playground or use a punching bag is just a means for social workers to establish a relationship. The main goal is to improve their unfavorable situation with which they come to the services,” says Lucie Hrušková.

Clients include a diverse range of youth from poor families from shelters to children of wealthy parents who neglect them and leave them to drown in trouble. A social worker is often the only person they can trust and who can help them professionally. “We are their professional friends,” smiles Šimon. In his work, he is driven by a simple equation: the fewer problems individuals have, the fewer problems society has.

‹ First at the Toulouse University Hospital: the heart of the little patient in 3D in the operating room › Verona, Il Sole 24 Ore: “Negotiation with Pacific Media Group for the sale of the club”