The Spartan hall was packed during the derby. However, only around sixty arrived for the Slavists

This season’s only hockey derby is a thing of the past. Home team HC Sparta Prague managed to win 3:2. But the battle also took place in the stands. 6,815 spectators arrived at the Sports Hall in Holešovice, including the packed Spartan cauldron. On the other hand, only around sixty arrived.

It has been more than seven years since hockey Sparta said goodbye to the hall that provided them with a home for more than fifty years in the derby. The Reds celebrated a four-goal win in the derby, and a few minutes after the end of the match they were still celebrating in the Holešovice arena. The shout “Sparta belongs to Holešovice!” was carried along the corridors.

However, at present, the hockey stadium in Prague 7 is not a complete taboo. At least matches in the hockey Champions League are played here, but Slavia also competes in preparatory duels. This year’s derby was no exception. 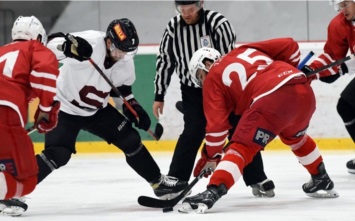 The extra league has been deprived of a hockey holiday for more than seven years. Today, however, the fans will get their way, the Prague derby between Slavia and Sparta takes place…

The Spartan cauldron was almost filled to capacity. Throughout the match, he cheered profusely and loudly, even the opposite stands joined in the support. The lower part of the hall then seemed almost sold out.

The fans of the Holešovice squad reminisced about the old days and visibly enjoyed the match. However, a not very famous number of Slavia supporters arrived. The preparatory derby did not attract them to the stands, it is estimated that there could have been around sixty Slavists in the guest sector. However, some were also in the stands surrounded by the home team.

A total of 6,815 spectators arrived at the derby.

Sparta is the ruler of Prague

Roman Horák was the only author of the goal in the first act. A member of the elite formation made his mark in the second period as well, this time it was Vladimír Sobotka, who scored against his former club, where he grew up playing hockey. Mladík Houšek from Slavia then soon reduced. Although the home team went into the final part with only one goal, nobody counted on the drama.

But right at the beginning of the third part, Tomáš Knotek, the most productive player of the staples from last year, made his mark. The Vršovice team then got up and threatened the goal of their rival. Anyway, the home team struck after that. Daniel Přibyl, one of Sparta’s longest-serving players, scored.

His goal was also the winner.

Sparta beat Slavia 3:2 in the derby.

The extra league has been deprived of a hockey holiday for more than seven years. Today, however, the fans will get their way, the Prague derby between Slavia and Sparta takes place…