/PHOTO GALLERY/ The sixth year of the Pája Řezáč Memorial, a popular women’s soccer team tournament, is already in the past. In the competition of six teams, the best was next to the soccer player of the Czech Police Team – SKPŠ Praha, who completed the golden hat trick by taking first place. 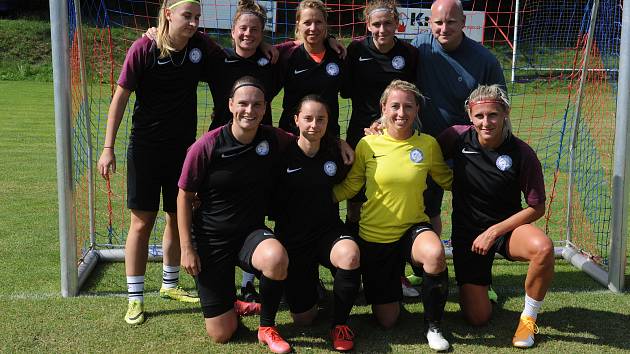 The winners of the sixth year of the Pája Řezáč Memorial in Chanovice were the soccer players of the Police ČR Team – SKPŠ Prague.

Among the goalkeepers, Petra Kotalová from the Klatovy District Girls’ Selection impressed the most with her performance, and the best player of the tournament, Dora Šůsová, is also from the same team. All matches of the tournament were refereed by Marie Šúrová and Petr Anšlág.

“We are very happy that the tournament went without any problems. All the teams arrived, no one got hurt, the weather worked out great. Even though it rained heavily all night and we were nervous about whether the pitch would be in good condition, everything worked out in the end,” says soccer player Simona Toningerová from the organizing team of Andělka Chanovice. 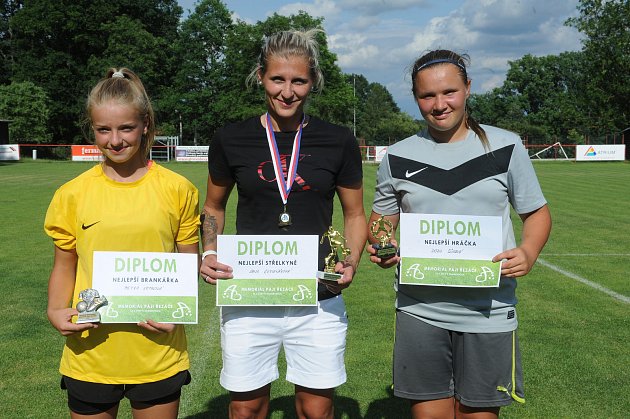 “A pleasant revival of this year’s tournament was the participation of young girls from the Klatovy district, who were able to assert themselves and claim fourth place. We want to thank everyone who showed up for the tournament. It’s a lot of people, so I don’t want to forget anyone, but special thanks definitely go to the mayors of Chanovice and Malé Bor, we really appreciate their support,” Toningerová added with a smile.

Metro D – court: The dispute will be heard in Prague, not in Ostrava

The Russian Francetti was accused in Prague of participation in the annexation of Crimea. He denies the blame

Prague – Anenský triangle: There will be no square yet