FCSB received a goal from Zimbru, the penultimate ranked team in Moldova »7 successes in Chisinau

FCSB won the second friendly of the summer, 6-1 with Zimbru Chisinau, a match played in the Republic of Moldova.

FCSB marched in Chisinau against a very modest opponent, who would have big problems to stay in the first league in Romania.

FCSB, another friend with 6 goals

Darius Olaru received a gift from the opponents goalkeeper in the 10th minute and opened the score with a finish under the goalkeeper-gafeur Șmalenea.

The red-blues increased their advantage on the counterattack. Tavi Popescu was launched into the flank by Olaru, the FCSB midfielder served him in front of the goal on Florinel Comanand the “seventh” did not forgive from the edge of the small square (28).

In principle, the game was at your discretion FCSB and in the second part. DawaHowever, Bouhenna did not manage to connect with it, as his team mates had hoped, and the ball went out.

A fixed phase executed by Musi was stuttered by the Moldavians’ defense, and the stopper from FC Botoșani managed to push the ball into the net (61).

In the second half, FCSB used all the reserves on the sheet. Thus, due to the few solutions they benefit from, Toni Petrea made an improvised “11”. For example, the defensive axis was composed of Valentin Cretu and Mihai Lixandru.

And the modest Zimbru Chisinau managed to score right from the area of ​​the central defenders, Pedro Rodrigues returning from near Cretu and defeating Târnovanu with a square execution in the middle of the gate (77). 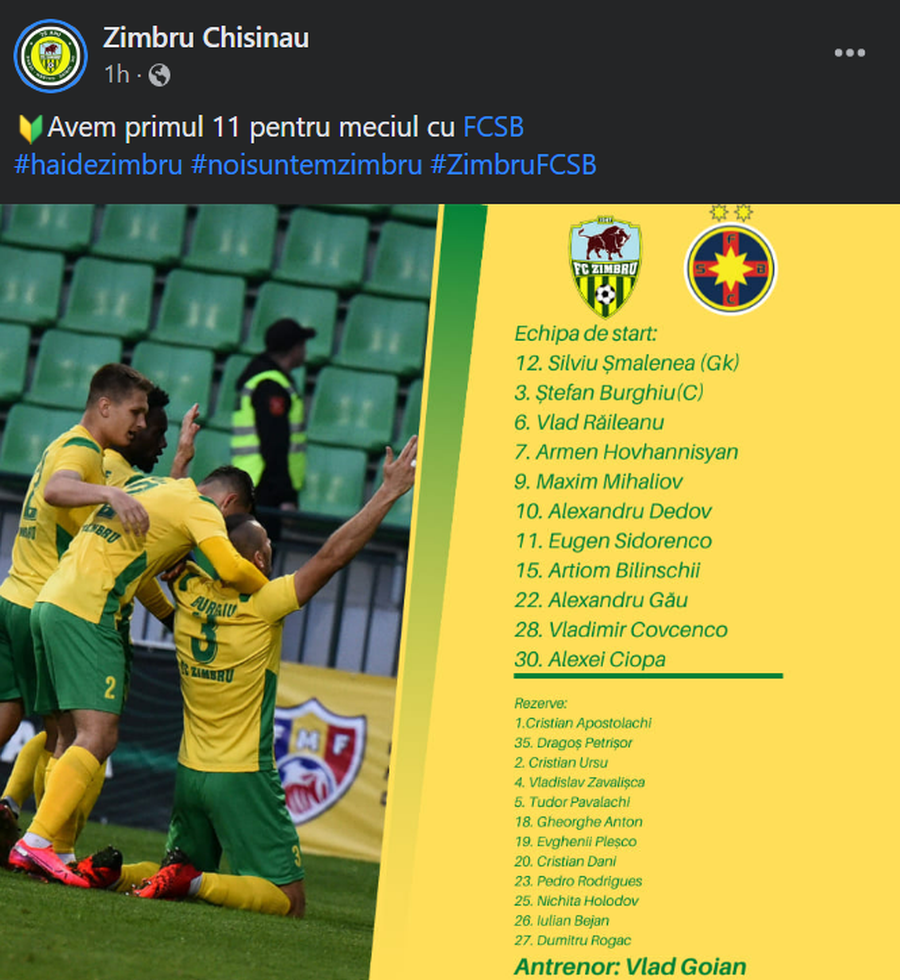 Zimbru finished the previous edition of the championship in the Republic of Moldova on the 7th place, the penultimate one, reason for which he supported a promotion-maintenance dam in the first league, which he won, score 1-0 with Spartanii Selemet.

FCSB, victory in the first friend

In the first verification game, played at the base in Berceni, FCSB passed another team from the Republic of Moldova, Sfântul Gheorghe, score 6-0, goals scored by Dumiter (2), Șut, Cordea, Ianis Stoica and Mamut.

Mihai Stoica, before the start of the season: “FCSB is the only team that did not miss a second in League 1”

(VIDEO) This is a classic Land Rover Defender from Italy, which came to Moldova for a complete restoration | PiataAuto.md

The former head of the Moldovan Security Service, tried for illicit enrichment

‹ Switzerland: Lex Booking – Switzerland further restricts the contractual freedom of online booking platforms › Bulgaria may have a second unicorn company within a year