“Working committee this year selected from 26 proposed candidates. The submitted proposals are of very high quality and the personalities that are proposed are completely unquestionable, “said Mayor Ondřej Kolář (TOP 09). The selection of the winners was also awarded by Deputy Mayor Jan Lacina (STAN) and opposition representative Ondřej Chrást (Pirates).

Honorary citizenship is granted by the town hall to persons who have contributed to the development of the city district. According to the law, an honorary citizen has the right to express himself at a council meeting.

Hostomský received honorary citizenship of the city district for significant scientific contribution in chemistry and biochemistry. In his scientific work, the current director of the Institute of Organic Chemistry and Biochemistry of the Academy of Sciences of the Czech Republic dealt with, among other things, the construction of synthetic genes and problematic DNA repair with possible application in the treatment of cancer.

Bečková, which is curator of the Museum of the Capital City of Prague, received an award from Prague 6 for its contribution in the field of history and care of monuments. The historian was also in the years 2000 to 2021 chairwoman of the club For Old Prague and is now its vice-president. Since 1990, he has run the Schola ludus Pragensia publishing house, which publishes publications on Prague.

The sculptor Gebauer was awarded honorary citizenship for his contribution to the fine arts. The artist is the author of sculptures with a motif of a head, a sculpture of a naked Mozart at the Cabbage Market in Brno or a ten-meter Caterpillar of Early Capitalism. It can be seen on Prague’s Victory Square.

The Catholic clergyman and theologian Josef Jaroslav Beran also became an honorary citizen of Prague 6. He was between 1946 and 1969 Archbishop of Prague and Czech Primate and from 1965 until his death in 1969 cardinal. Prague 6 Aries, who was a political prisoner of Nazism and Communism, was honored for his lifelong attitude towards totalitarianism.

The Archdiocesan Charity Prague team received the awards of the city district for its help to Ukrainian refugees and for its contribution to the founder of amateur sports. Hanspaul League. In memoriam, the award was won by the Security Director and the Head of the Crisis Management Department in Prague 6 Monika Sara Lindova. Representatives appreciated her dedicated work and help in resolving crisis situations in the territory of Prague 6. According to the law, town halls may award prizes for artistic, scientific and other works that are related to the city district.

In recent years, among other things, the former have been awarded puppet actress and director of the Spejbl and Hurvínek Theater Helena ŠtáchováCzech cubist painter and sculptor Emil Filla, professional handicapped cyclist Jiří Ježek or gymnast Věra Čáslavská. 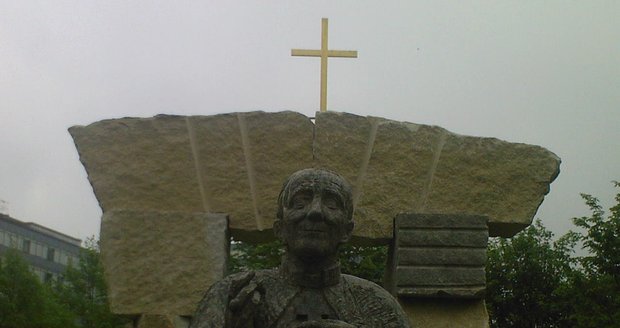 IPR analysis: About 300,000 more people live in Prague than according to official statistics

‹ sounds, songs and music to inspire, have fun and grow together › A Raid operation after threatening calls in Toulouse