On 25 and 26 June 2022 will be held at Pontedera (PI), the VIII national meeting of the National Police of State with the slogan Together to give value to values. Two days full of events to remember the importance of ANPS activities in cultivating the memory of the State Police and in the daily support of volunteers to the National Civil Protection system. Men and women united by the sense of belonging and mutual solidarity, close to the people yesterday as today, who continue to offer their contribution to civil society.

On the morning of Saturday 25 June, in Pontedera’s Piazza Martiri della Libertà, the stands of the Specialties and ANPS will be set up for the dissemination of information material and the historic cars will be exhibited together with the Lamborghini of the Police.

In the afternoon a laurel wreath will be laid to the fallen in Piazza Garibaldi and following, after the solemn mass in the Cathedral, the concert of the Music band of the State Police.

Sunday 26 June, at “Ettore Mannucci” stadiumIn the presence of the Chief of Police – General Director of Public Security Lamberto Giannini, the parade of sections of the National Association of the State Police from all over Italy will be held. At the end the Chief of Police Prefect Giannini, will appoint two honorary policemen: personalities of civil society who with their example of life have embodied the values ​​of the State Police and with their work have been close to the most fragile people. The ANPS section of Siena will also be present at this parade. 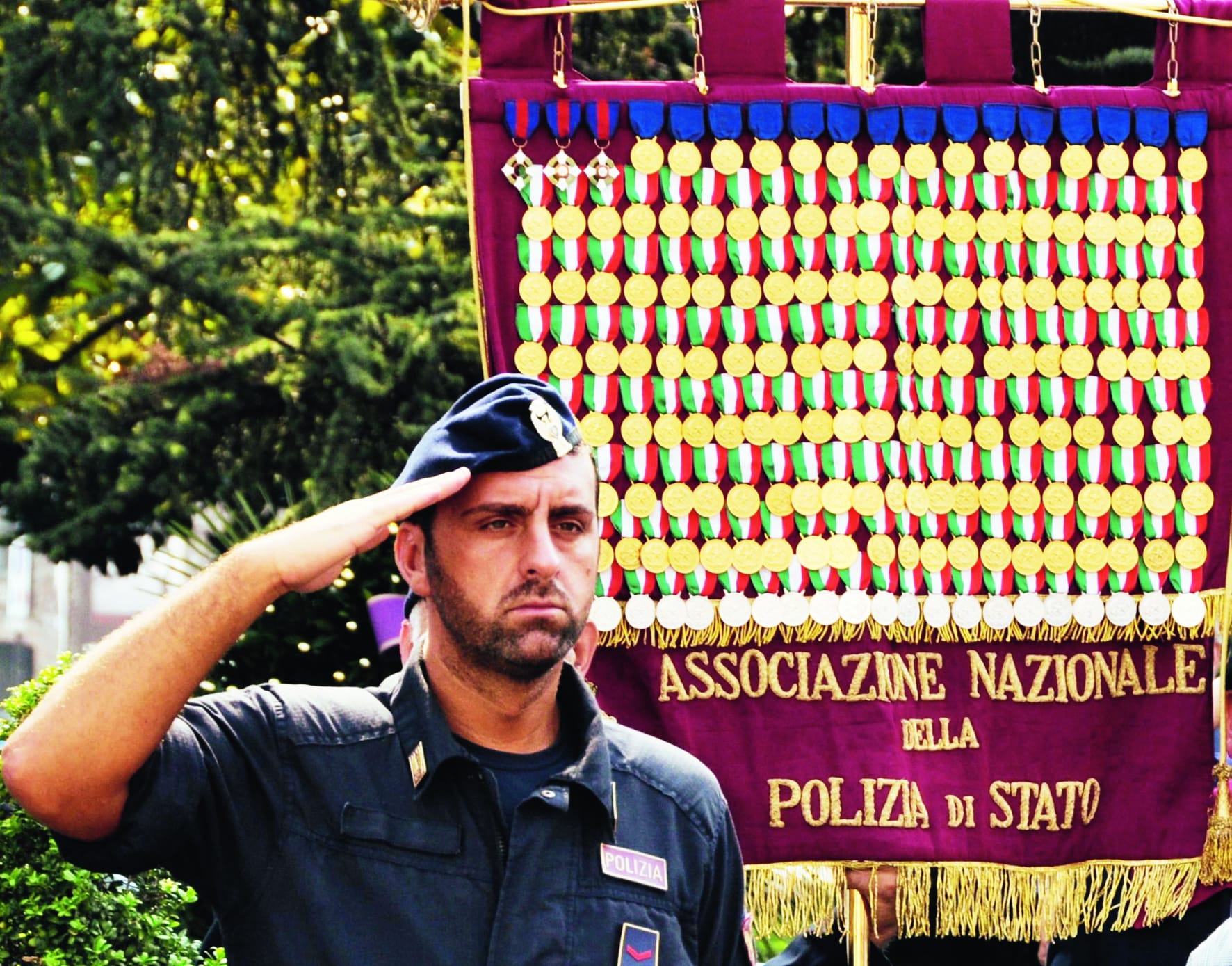 In particular, the ANPS SIENA Section, whose President Alessandro Vitarelli dedicated to the memory of the Appointed of the Security Guards Carmine Bovo. In addition to being always present in public celebrations, it promotes voluntary initiatives in assisting the weaker categories where it has had the opportunity to distinguish itself for generosity and altruism, both with donations and solidarity fund expenses and with a conspicuous collection among its associates and sympathizers, thanks to the which, has resulted in an important donation to the Pediatric Department of the Santa Maria alle Scotte University Hospital in Siena, with a gratifying return of image for the Sodality. On the occasion of the Palio di Siena, which took place on 2 July and 16 August 2018, on the 50th anniversary of the ANPS foundation, the Municipal Administration of Siena chose, among the various candidate bodies and associations, the National Police Association of State for the donation of the Masgalano. This precious object-sculpture, “created by the Sienese artist Alessandra Damiani and to the city by the Art Historian Matteo Fontani, is assigned to the best appearance that during the parade of the Historical Parade stands out for its elegance, dignity of bearing and coordination.

You may also be interested in: The Feast of San Giovanni is back in Radicondoli, the Summer Fair

Return to the home page of Valdelsa.net to read more news

‹ Moldova’s accession to the EU. Medvedev talks about “creating a new Greater Romania”: “Romanian politicians play political choirs around Moldova” › Shooting at a nightclub in central Oslo – investigated as terrorism – NRK Norway – Overview of news from different parts of the country