This year, transport in Prague will be complicated by dozens of construction works or modifications such as associated closures Transport News Pražská Drbna

This year, the Prague driver and public transport passengers are waiting for more than two dozen major construction events that will complicate transport. This involves the repair of roads, bridges or the reconstruction of tram tracks. Repairs to engineering networks will also limit traffic. The plan is, among other things, to repair the road in K Žižkovu and Kutnohorská streets or on Hlávkova most. In public transport, it will be the replacement of sleepers in the subway or the repair of the tram line from Ohrady to Palmovka. In addition to the planned restrictions on transport, other work and exclusions have already begun. This follows from a document prepared for the Municipal Transport Committee.

Extensive repair of the Barrandov Bridge

One of the largest parts of this year is the repair of the southern part of the Barrandov Bridge and the entrance to it from Strakonická Street. Work should begin in the first half of May and last 110 days. Drivers will have to take detours from the south. Even before the start of work on the bridge, road workers will widen the exit from the bridge towards Modřanská Street, where a lane will come to Braník.

A year and a quarter long tram line between Palmka and Ohrada will complicate travel around Prague from the turn of March and April. The reason will be the reconstruction of the tram flyover.

The Hlavky bridge will be closed by the end of May, and repairs will begin in many streets

The road surface will be repaired by road workers on the Hlávka bridge, where one lane will be closed from the beginning of April to the end of May at the tram stop in the direction of the center. Workers are repairing Horoměřická, including the bridge in the section between Nebušická and V Šáreckého údolí streets, Vršovická will have a new surface and advertising repairs are being produced on the reconstructed Modřanská.

Reconstruction of the sewerage system caused in March a partial traffic restriction on Poděbradská in the section between U Elektry and Nademlejnská streets or in Jaromírova street in Nusle. The repair of the gas pipeline is carried out on Dvořák’s embankment, and throughout August the repair of the gas pipeline will cause a partial restriction of traffic in Legerova and Sokolská streets in the section between Nuselský most and Fügnerový náměstí. Reconstruction of the sewerage system is planned until mid-March in Divadelní street. 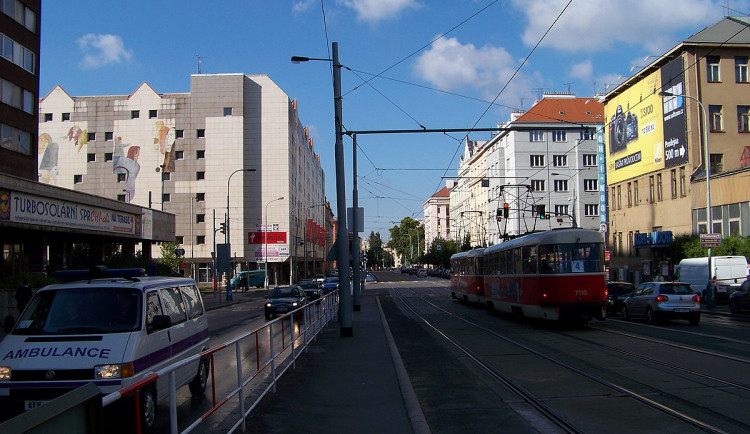 The Technical Administration of Roads (TSK) will start work on the roads in Prague 10 and 9 on the last day of February, February 28, 2022. Modifications and traffic restrictions will apply to Vršovická, Moskevská and Tupolevova, Veselská and Beranových streets. Construction work from …

Exclusions and restrictions also await passengers on Prague’s public transport. In the subway, the transport company (DPP) will change sleepers or repair security. The first lockout will be created at Easter and the last in November. The company will also repair the ceiling slab above the Florenc metro station.

Reconstructions of tram lines are also planned, for example from Ohrady to Palmovka, which is to start at the end of March, or DPP will repair the crossroads at Anděl. Work is also planned for May in the sixth district in Milady Horáková Street at the intersection with Badeniho and U Prašného most Streets and from mid-October to the end of the year on Bubenské nábřeží in Prague 7.

Traffic that has already begun will also limit traffic. Reconstruction of the dormitories began in February on the Rašín embankment in Podskalí and will last until 1 April. Road workers have started ongoing work on the Strakonická extension, where the maximum permitted speed is reduced, but the passage of both lanes is maintained. Reconstruction also began in Jana Želivského Street in Prague 3.

A video has appeared on Twitter showing the drivers of Prague’s public transport arguing with passengers. The core of the conflict was to be that the driver did not help a person in a wheelchair to get off the bus and then had to attack verbally and physically.