The case around the Džbán swimming pool started at the moment when the owner announced that the complex will probably not open this year. He justified this by saying that the swimming pool is in a state of disrepair and requires investments of up to 100 million crowns. But it soon began to be said that the owner of the house with a change in the zoning plan could be to blame., which could build apartment buildings on land around European Avenue. “Without the planned construction, it is not possible to reconstruct the area of ​​the natural swimming pool or its surroundings,” said Jiří Němec, the company’s managing director, some time ago.

The change has already been rejected by the councilors. cities. Among other things, it began to appear from the mayor Zdeněk Hřiba (Pirates) criticism that the company is blackmailing Prague and she just wants to be able to build up the area around the swimming pool.

On Tuesday, Jan Čižinský (Prague Sobě) presented how he thought the whole situation should be handled. He pointed out that on closer examination of the liquidation of the state company Prague Sewerage and Watercourses there was a transfer of a large amount of land to the property of the capital. cities. A memorandum of joint action was also reached between the Ministry of Finance and Prague. The ODS had the main say in the then government of Petr Nečas and the Prague City Hall. “The process was actually run by two people. For Alexander Udženij’s Prague and Zdeněk Zajíček for the Ministry, “ remarked Čižinský. Udženija was then a councilor for property, today she is the mayor of Prague 2 and the chairwoman of the control committee at the municipality. Zajíček was a square at the ministry, today he is the chairman of the ODS representative club.

Prague told itself that during the liquidation of the state it was only one sold the estimated price, because the ministry did not agree with the land behind the transfer just around Džbán, they were sold at auction. “It is interesting that the auction, contrary to the law, was not announced on the official notice board of Prague 6, but it was announced on the official notice boards of other city districts, such as Prague 11, “Čižinský added. The mayor of Prague 6 at the time was Marie Kousalíková from the ODS.

The auction took place in December 2012.It was known that there was only one bidder who bought it at an estimated price. “ remarked Čižinský. According to him, it was in another case when the ministry did not agree with the result of the transfer and sold the city to the dispute.

On Thursday the council is to vote on a proposal to change the zoning planwhich would be housing construction. It is assumed that the deputies will reject it, but according to Čižinský, this is not enough. “The owner knows very well that a change in the zoning plan can be requested repeatedly,” he pointed out. Prague wants the city to get the land back at the estimated price of 2012, ie 50 million.

According to him, the ODS should work for that. “We were able to show that ten processes were under control at all levels of ODS policies. The ODS politician bought it and I think the ODS should try to get the city back, “he added. In fact, he said, the Civic Democrats should persuade Vladimir Schmaltz in particular to sell the city back to Molepo.

In addition, Prague to itself wants the audit committee to examine the processes that took place years ago in connection with the liquidation of state-owned enterprises, and expects representatives to support this proposal. In essence, this means that the Audit Committee, headed by Alexander Udženija, has the task of verifying the sale at a time when Udženija was himself a councilor.

Let’s check it out

Udženija does not oppose the examination of property operations in the liquidation of state-owned enterprises. “I’m definitely open to investigating how this sale went under the liquidator,” she said. She added that the council’s control committee had already dealt with the petition submitted by local residents and requested additional documents. “I called on the petitioners and we also called on Mr Čižinský at the previous meeting of the council to bring the relevant documents, which he has not done to date. “ added that Chizinsky’s statements are speculation.

She added that the city also entered into negotiations on a possible transfer of land to the city, which the owner does not oppose. “If the capital or the city district of Prague 6 managed to negotiate a buyout with the new owners, it would be the best solution,” she said.

The auction was the only option, says the owner

Molepo has a significantly different view of the whole case than Prague itself. “Mr. Čižinský is spreading untruths absolutely deliberately and for political reasons. Already in 2005, at the request of the liquidator, the Ministry of Finance rejected the possibility of a gratuitous transfer of the former state enterprise to the City of Prague, “said company spokesman Jakub Splavec.. According to the owner, the liquidator of the state enterprise at that time had no choice but to sell the land by auction. “Any questioning of this title returns to our country elements of nationalization as under the former communist regime,” Splavec added.

The company still sees room for further negotiations and expects that some shift towards resolving the situation could take place after Thursday’s council meeting. 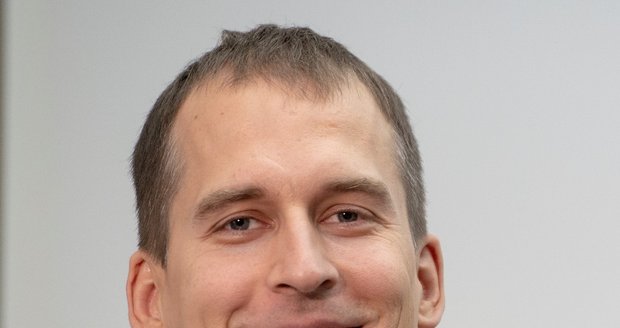 Prague has relinquished vld and will open a center for refugees. It’s a mistake to Hib

Prague will reopen the center for refugees, she ordered her into government

‹ Campus Festival helps Covid orphans with six and a half million forints – with video – Debrecen news, Debrecen news | News of Debrecen and Hajdú-Bihar counties › Toulouse: the duo of comedians Melissa and Fred are a hit on YouTube