/ PHOTO GALLERY / Prague development projects succeeded in the nationwide Real Estate Projects of the Year competition. The Nuselský pivovar Residence from Penta and BARRANDEZ-VOUS from Top Estates received the award. 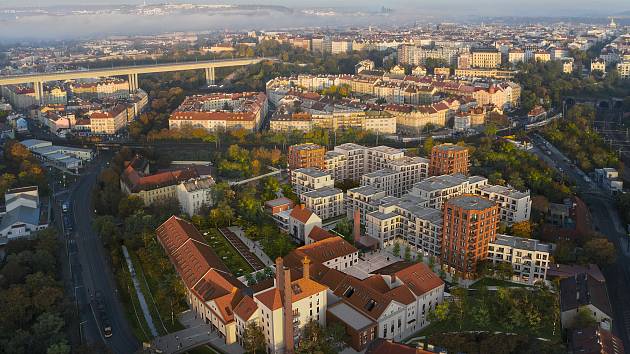 By 2021, a total of 65 residential development projects from across the Czech Republic had been nominated. Most of them are achieved in Prague, but projects in three regions received their awards: the Public Award, which is a survey in which the general public has the opportunity to vote, the Expert Jury Award, which is the result of a selection of real estate market experts, and the Architects’ Award. voted by selected architects.

The winner of the Public Award for 2021 was the BARRANDEZ-VOUS project (Top Estates Group).

New apartments? City Hall is a figure for nurses, police officers or teachers

In the brewery on the border of Nusle, Vinohrady and Vršovice, beer stopped brewing in 1960, and until 1976 a malting plant for the Smíchov brewery was still in operation. In the following years, the Czech wineries processed wines imported from Slovakia, Austria or Yugoslavia, and the once popular Sklepmistr wine was born there. Later, there were band rehearsal rooms in the warehouse. In addition to new buildings, the project will renovate a historic building, which is a cultural monument.

The Barrandov project will offer 169 flats and is being built above the Prokop Valley.

The national competition Real Estate Projects of the Year has been running since 2009 and aims to monitor development projects throughout the Czech Republic.

Penta Investment is the owner of VLM, which publishes Pražský deník

‹ Cost of living is one of the highest cities in Central and Eastern Europe in Prague, Brno and Olomouc due to the cost. › Loan: SV Wacker brings striker from Austria