From Issoire (Puy-de-Dôme) to Monaco, the journey of the paintings of the painter reporter Louis Tinayre

The story of Louis Tinayre is intimately linked to that of Issoire where his parents were from. This attachment to the city of Saint-Austremoine, the painter and journalist who lived in France, Hungary, Madagascar and Monaco, made it concrete by an exceptional donation before his death in 1942.

A meeting with Albert 1er during the Universal Exhibition of 1900

The life of Louis Tinayre is a real adventure story. His work is a unique testimony to the upheavals that shook the world between the end of the 19th century and the first half of the 20th century. This period is also marked by important scientific discoveries published during expeditions to still unknown regions. Among these explorers, Prince Albert 1st of Monaco. The story of the two men was forged during a first meeting at the Universal Exhibition in Paris in 1900.Eglantine Pacquot and Christian Karoutzos holding a self-portrait of Louis Tinayre.

This budding friendship then materializes in a collaboration that will seal the destiny of the two men. “After appreciating his work on Madagascar, Albert 1er, a specialist in oceanography, later asked him to illustrate these scientific expeditions, particularly in the Arctic”, mentions Églantine Pacquot, head of the Arts and Heritage Center at Issoire.

Receive our leisure newsletter by email and find ideas for outings and activities in your region.

Paintings exhibited for the centenary of the explorer prince

A work of colossal documentation exhibited today in the museums of Versailles, Carnavalet… As well as in the United States, Norway and Monaco.
This privileged privilege between the Monegasque sovereign, also nicknamed “the learned prince” or “the explorer prince”, and the artist reporter (he works for Le Monde illustré), was the subject of a letter from the Rock. Two years ago, a satisfied request from the committee for the centenary of the death of Prince Albert 1st (1848-1922), arrived at the town hall of Issoire.

A first selection, then a second, first obliges the municipality to carry out a precise diagnosis of the collection. But these works, more than a hundred, have not been optimally preserved. And over time, some have suffered a lot. This is where Christian Karoutzos came in. Author, visual artist, director of the contemporary art center of Issoire and restorer, the septuagenarian was entrusted with the task of appraising each painting in order to give it a financial value. But not only. 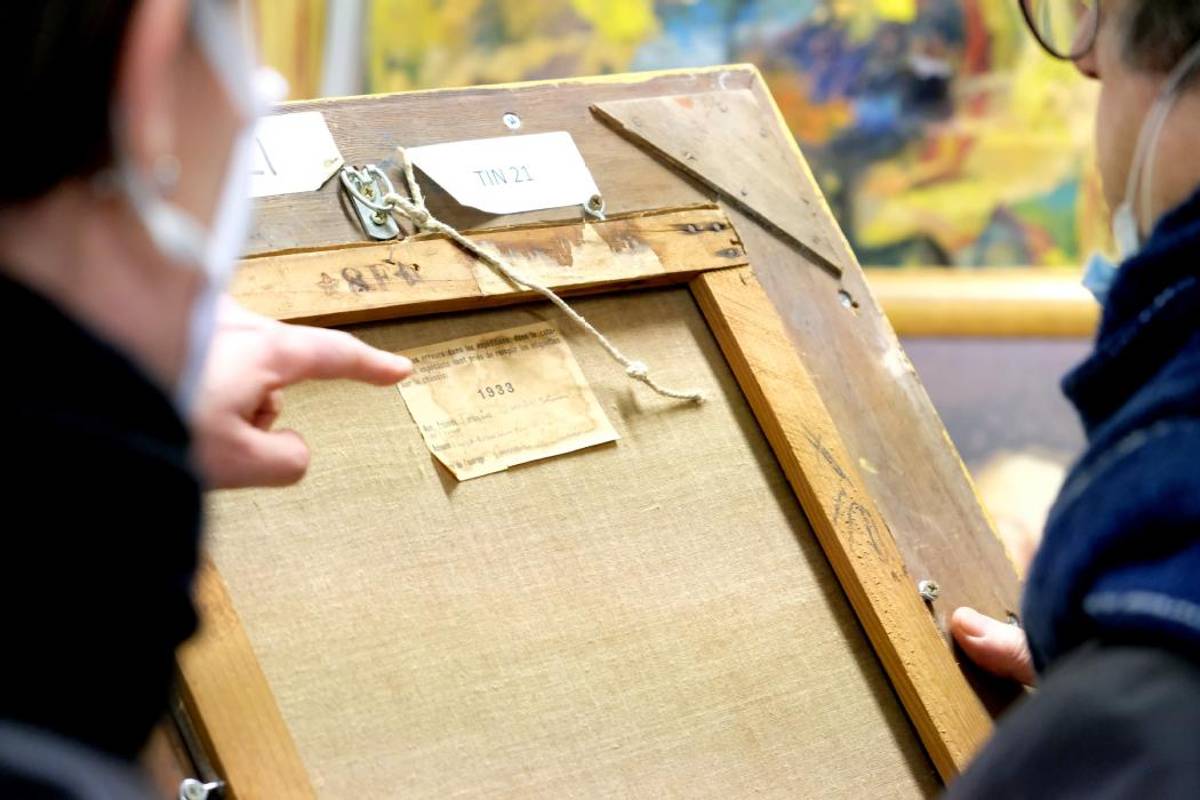 26 works are attributed to the Arcos workshop.

Restore before lending the 26 copies of the Issorian collection

“I also had to make a precise description of the work and the nature of the pathologies”, comments Christian Karoutzos, who holds the position of cultural assistant in Issoire. This work, carried out free of charge, made it possible to draw up an inventory of the collection evaluated, in fine, “at 107,000 euros”, indicates Églantine Pacquot. It was therefore essential to proceed with their restoration before lending the 26 copies of the Issorian collection requested by the principality.

It was in Puteaux, in the Paris region, that they were sent on Thursday January 27 and entrusted to the experts of the Workshop for the restoration and conservation of works of art (Arcoa). The cost, at €26,000, should be financed equally by Issoire and Monaco. Several months will be needed for this restoration. And we must act quickly. The exhibition in the Principality will start on July 16 (until September 11).

This opportunity gave rise to a more ambitious project for the restoration and conservation of the Tinayre collection. “A donation is a responsibility”, insists Christian Karoutzos. The Nicolas-Pomel center could accommodate an exhibition hall dedicated to Louis Tinayre and a place of reserve “as close as possible”, hope the two art enthusiasts.

Formula 1 | Binotto: We can win the next Grands Prix including Monaco

Parterre of stars to celebrate the anniversary of the APM Monaco brand at the Cannes Film Festival!

no extension for Sidibé, who will therefore leave this summer

‹ Liliana Segre is an official honorary citizen of San Marino › Portugal does not have ‘it is mandatory to win to be in the rooms’ of the futsal European, but Jorge Braz warns: