In the village of Psáry in Prague-west, a propane-butane bottle exploded in a grocery store on Tuesday evening. Two people were injured in the blast. 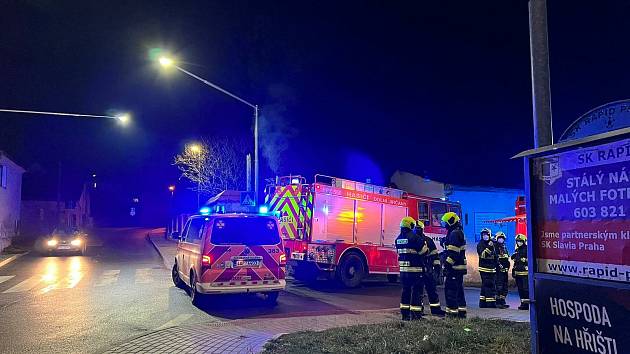 The explosion of a propane-butane bottle in Psáry injured two people.

“An explosion of a gas or propane-butane bottle was reported on the Central Bohemian fire brigade line around six o’clock in the evening. The unit drove to a place where it was found that the explosion had partially destroyed the building. There were two injured people on the spot, “Tereza Fliegerová, a spokeswoman for the Central Bohemian fire brigade, told the Prague daily.

The tragic consequences of the apartment fire in Andrštova Street: one person died

“On Tuesday, shortly after 6 pm, the crews of the ASČR Prague-West Rescue Service set out from the Davle and Zbraslav exit bases for the reported explosion of a pressure vessel in a grocery store in the village of Psáry. ambulance spokesman Jiří Rychvaldský.

‹ itinerary to discover the Sienese bestiary › Wrestling match. The comet hit the poles and lost the fight for sixth place