Bohemia fought for pro-Russian separatists: Martin S. is being prosecuted as a fugitive

Accused Martin S. is being prosecuted as a fugitive. According to the indictment, she left the Czech Republic at the end of July 2014, about two months after the separatist republic in eastern Ukraine was declared. According to the prosecutor there “intends to support separatist groups in the armed conflict in eastern Ukraine, which they use in violation of the Ukrainian Constitution on violent secession of part of the territory “.

He had to arm himself on the spot and then take part in a series of battles against the Ukrainian army, during which hundreds of members died Ukrainian army. He was also to act as the commander of a tank company during the so-called August offensive in 2014, when up to 1,000 Ukrainian soldiers died during the fighting for one of the cities. “He worked in various positions in military structures at least until May 2018,” the indictment states. One of the proofs is a photograph of another man standing in front of a T-72 tank, which was produced mainly in the countries of the former USSR.

Attorney Martina S. stated in court on behalf of her client that she I feel innocent. “It contradicts all the facts stated in the indictment, it does not agree with the indictment,” she added.

He was interested in the army from an early age

The court said that in the past he was a member of the Czech army. His ex-wife, with whom he also has two children, spoke as a witness. “I’d say the military interested him as a kid.” she said in court. He even said that I would like to take part in a foreign mission.

However, he left the army during their marriage in 1997, and his ex-wife doesn’t remember much of her reasons. The President of the Chamber recalled that his personal documents state that “Lost interest in the military profession” and also prematurely graduated from the Military Academy in Brno. After leaving the army, he had a security agency.

His wife divorced him after it turned out he was unfaithful to her. But she pointed out that after their divorce committed several insurance frauds involving their children. “He forged addresses and signatures,” she said. According to her, their children could not afford to study at university due to the fact that they left the family and did not pay maintenance. I also think that his financial situation forced him to fraud because his new partner was “financially demanding”.

The only family with whom he communicated more was his daughter Nikola K. She also mentioned in court that she was very interested in the war and sometimes communicated with him via the social network. She learned that he was in Ukraine from an article on the Internet, where she saw him in a photo.

The daughter also confided that he could not return to the Czech Republic until something changed there. She did not say exactly what she was doing in eastern Ukraine. “He wrote that he could not write what he was doing there,” she said. But she learned that she had a wife and two children there.

Lukáš N., who faces the same accusation as Martin S. and has already been sentenced to 20 years in prison in Pilsen, has been summoned as a witness to the case. “I was supposed to attack Ukraine.” he just said. Otherwise, he refused to testify.

Martin S. would normally face 12 to 20 years in prison, but the rate increases by a third, because the man allegedly committed crimes in favor of an organized criminal group. 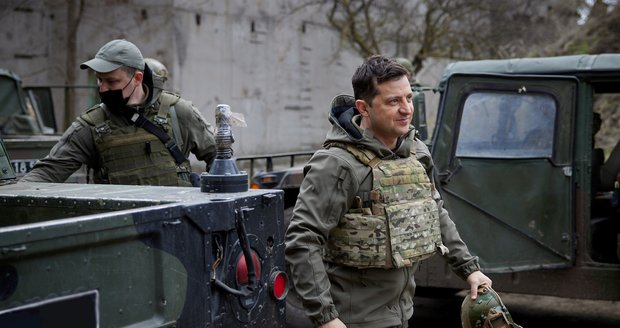 To fix Prague for 50 years. I had to hire a detective for Hlubuk, Ldr STAN Hlavek

Prague is my destiny. It completely fulfills me, says Bečková, vice-president of the Club for Old Prague

Her name is Ada. The new workplace of the nursing service in Košířy is open

‹ Russia, the USA and other powers declared the inadmissibility of a nuclear war › Russia, Britain, China, USA and France issued a statement on the prevention of nuclear war