‘I also played at a high level in the Netherlands, so it’s not completely new’ 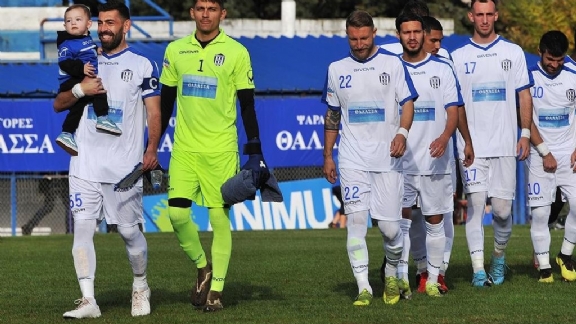 Dutch professional footballers can be found in all corners of the world, from the spotlight of European competitions to the more spotlighted employments on other continents. In the Over de Grens section, Voetbalzone speaks to a player who is active outside the national borders. This time with attention to Joshua Kozuh, who after a year in Gibraltar ended up with the Greek Apollon Larissa.

Joshua Kozuh has just finished training when he appears on screen. “A rondo, fifteen minutes and trained on standard situations. It was a quiet session,” says the 22-year-old midfielder, who is looking for a place in his apartment. A day later, the away game against Anagennisi Karditsa is scheduled. “It’s only half an hour away. We also have trips of two or three hours, which is less fun. Then we leave the day before and sleep in a hotel. That’s nice not now, that’s good. So I’m just going to watch football, chill a bit, sleep on time and then go to the club on time tomorrow.”

The visit to Karditsa is not the logical away game for Apollon Larissa in the season of the Super League 2, the second level of Greek football. “No, that was the city derby against AE Larissa. Five minutes by bus, the stadiums are so close to each other,” Kozuh responds. “AE Larissa is a slightly larger club, so you are not approached that much in the city. That might be something different with AE Larissa players. We finished the first derby, the best people came to that. Drums, singing, whistling when we had the ball: that was different. It was mentioned in advance that it was an important match, so take that with you. You go faster and faster.” 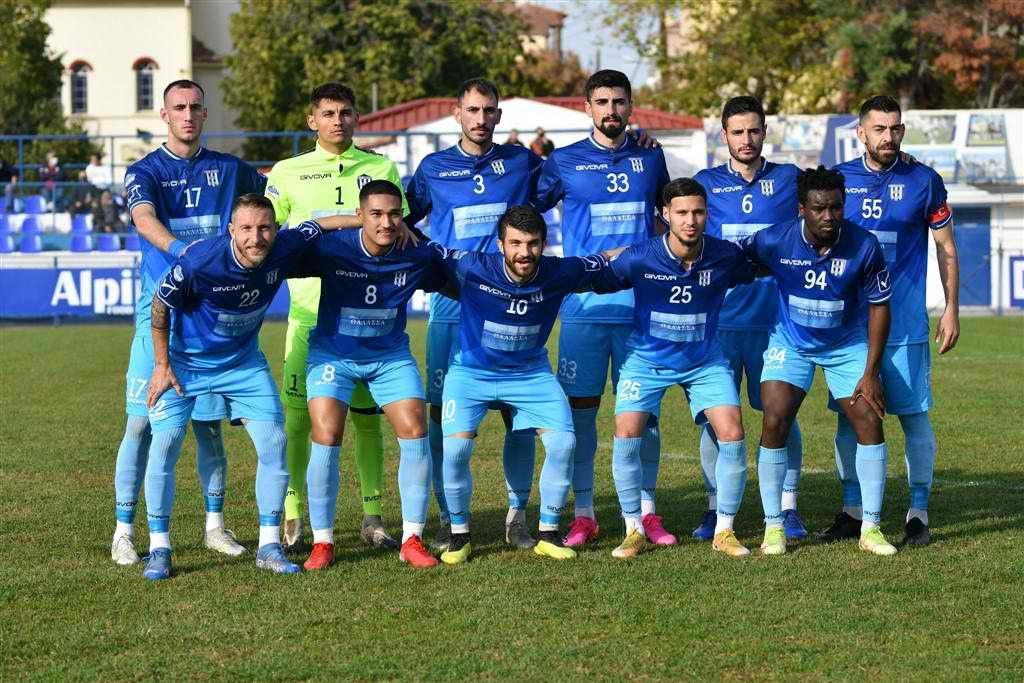 “Yes, Greeks are fanatical”, Kozuh reports receiving with a sense of understatement. “Last week, for example, a boy stood full on my ankle, he got a yellow card for that. I was then scolded by the audience, who were very close to the field. You always hear one swear word: Malacca. I don’t know exactly what it means. Everyone explains it differently. That’s the only word you hear every day.”

These are scenes that Kozuh did not experience during his first adventure abroad at Glacis United in Gibraltar. “You play everything in the same stadium, ed. and you don’t really have fans, so it wasn’t much in terms of experience,” he says with a smile. “I must confess that Bennie Brinkman (the Dutch technical director of Glacis United, ed.) arranges everything down to the last detail for his players. I did not live in Gibraltar, but in Spain, a fifteen-minute drive away. There was quite a bit there. But I like it more here. It was fine for the first foreign experience. The bases in Gibraltar were not really top teams. The top four clubs are quite nice and also play European, like Lincoln Red Imps in the Conference League. “So the difference is quite big. In general I have made a step up, the level in Greece is higher.” 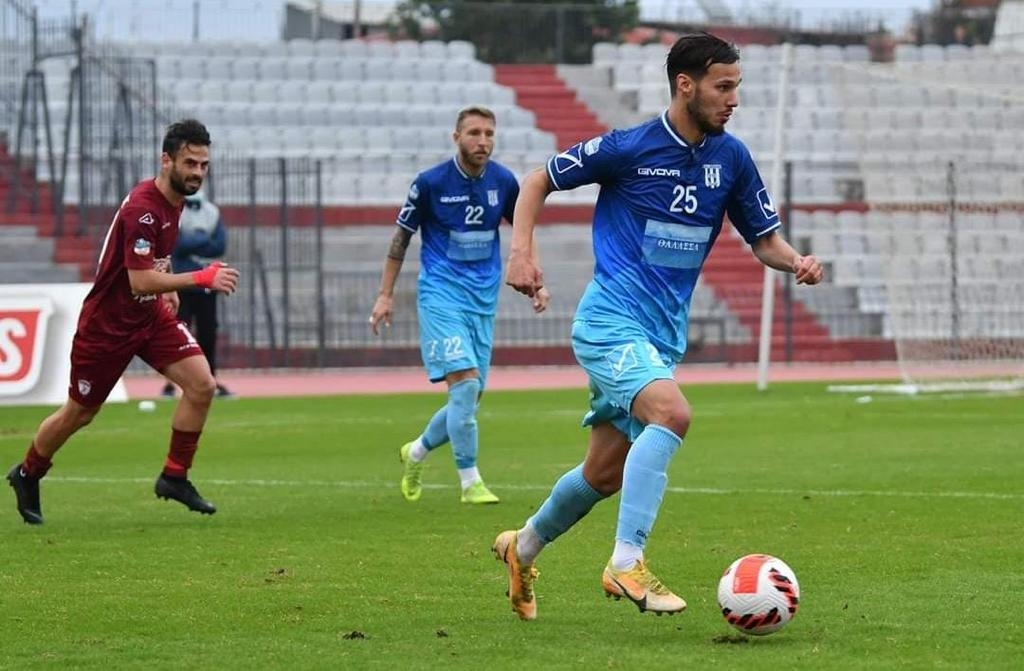 Kozuh has played five games for Apollon Larissa for the time being.

The fact that he had the opportunity to work in Greece was indirectly due to an internship period at the Slovakian SKF Sered. “That phase was not what we were dealing with. I didn’t think life and how everything looked worth going there. Despite the fact that I was accepted, I therefore decided to go back. I was there with a boy who played for Apollon Larissa last season (Paris Bampis, now active at AEK Athens, ed.). eventually we both reach out for not making the switch to Sered, but we’re still not in touch. He had told me about Greece, the Super League 2 and Apollon Larissa, later my manager had a conversation with the president and forwarded images. So it went very quickly.” Focus on Football’s agent Jean Michel Biharie mentors more players in Greece’s second tier and immediately reassures Kozuh with the perspective the league offers to take the next step.

Despite the fact that Kozuh joined Apollon Larissa a little later in the preparation, he quickly found his place. “I didn’t play in the preparation, I only got a chance and took it in the last two games before the start of the competition. I always assume my own qualities, so I expected that I could become a basic player if I had adapted myself,” he explains. “I also played football at a high level in the Netherlands, so it’s not completely new. Of course the way of playing football is different, it is more physical and stronger improve the long ball. It’s more like playing second ball instead of building up, so the pace is different too. It opens and falls a bit, which took some getting used to in the beginning. I’m one of the younger players on the team and I play in midfield with an experienced guy, so he helps me through that as well. You develop a little more as a player, you become a better player.” 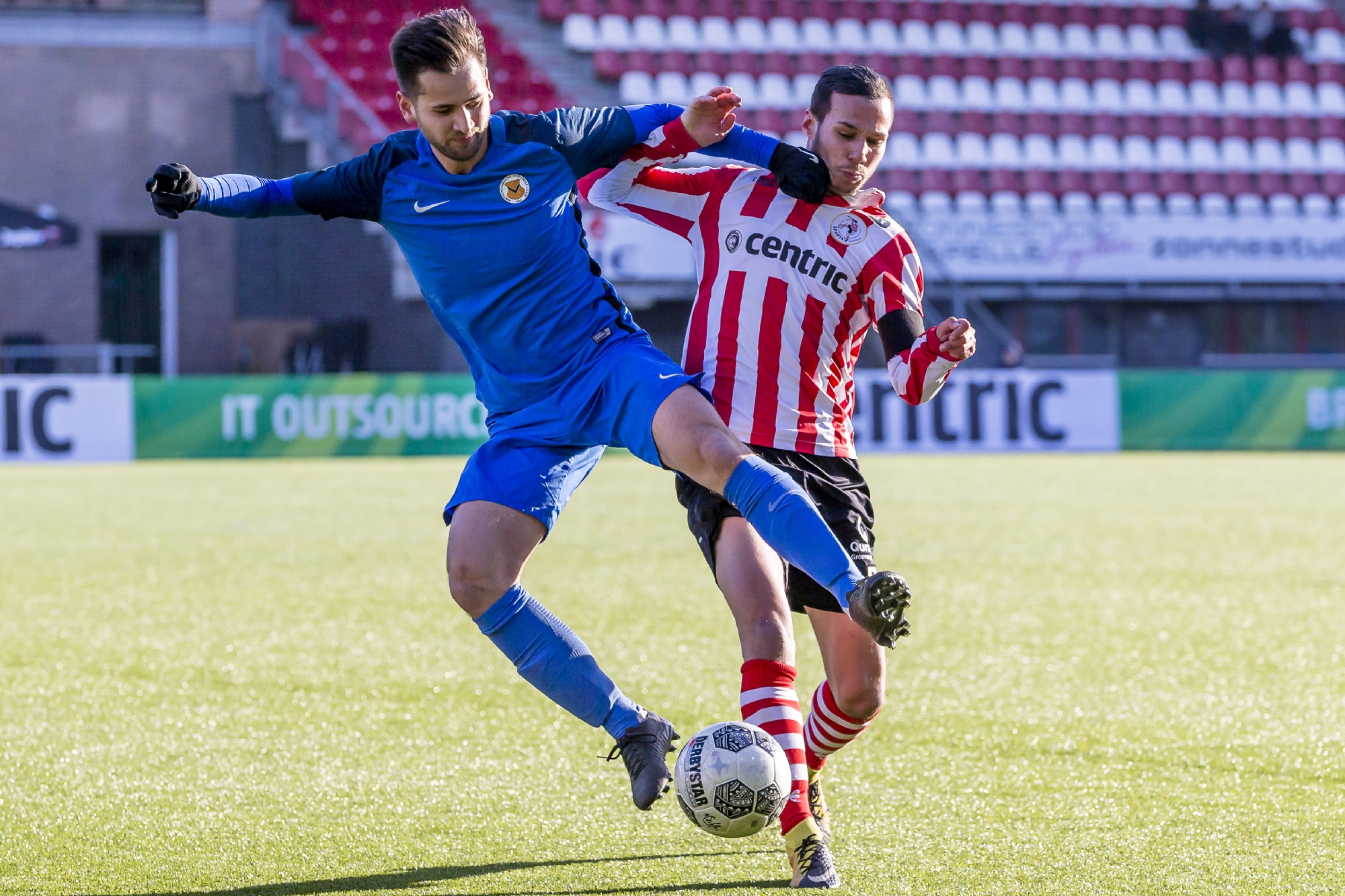 Between 2014 and 2019, Kozuh played in the youth academy of Sparta Rotterdam.

Larissa – located in the interior, almost four hours north of Athens – is at first sight not the most comprehensive place in Greece. Kozuh shrugs. “There is a lot of distraction, which is perhaps better not to focus on football. After the training we often go out and do something with the boys, for example something to eat. It’s different of course, not everyone even speaks good English. A number of guys do speak English, who help with translation.” After just two days, Kozuh got an apartment in Larissa, a three-minute walk from the Apollon Larissa stadium. “I already had an experience abroad, so you take that with you. If you don’t wash the dishes, it still says it when you get home from training. No one is going to do it for you. Those are little things that make you mature. It is a lot of calling and facetime home. You have to keep in touch, otherwise you will feel lonely.”

Kozuh left the Netherlands a year and a half ago, especially he had played for the amateur branch of Feyenoord, Sparta Rotterdam and NAC Breda. “It went a bit strange at Sparta, I still don’t understand that. I was transferred early to Jong Sparta and I had to wait for my first contract. Then another leadership came in, with other plans, and things started to go wrong. I ran another stage in Turkey, which turned out to be nothing due to circumstances. My old trainer (Frank van Kempen, now assistant trainer at Helmond Sport, ed.) called me and brought me to NAC. It’s not that I needed a foreign adventure, but it came my way and I thought, why not? If I give this a positive spin, we’ll see where the ship runs aground.” If it is up to Kozuh himself, at least that is in the Greek Super League. “It’s not such a big step to the highest level anymore, if you show yourself a little. That is the goal.”

The Netherlands does not participate in the new cyclocross World Championship component, Belgium announces six

How dependent is the Netherlands on Russian gas?

‹ A couple of Israeli citizens tried to leave the Republic of Moldova with 160 thousand dollars without declaring them at the Chisinau International Airport. What followed › Sputnik, Green pass derogation extended for San Marino citizens