The Moravian Eagles project in Jindřišská was bought by Acord Invest

“We have already obtained the project with a building permit. We have now started a tender for the general contractor, “said Viera Šníderová, a partner at Acord Invest. The investor did not disclose the transaction price.

The six-storey new building in the gap of the Jindřišská Tower will be built near the design of the architect Zbyněk Pšenička from the Faber Project studio. The direct neighbor of the building will be the parish U sv. Henry, whose foundation dates back to the second half of the 14th century.

The total internal area of ​​the new building will be over a thousand square meters. “There will be commercial premises on the ground floor, we are counting on the first floor, the other floors are intended for apartments,” Šníderová calculates. There will be parking for eight cars in the building.

The Catholic Sports Association of the Eagles came to the property in the very center of Prague thanks to the division of property after the abolished Children and Youth Fund in the 1990s. The building was originally in a state of disrepair, which also did not have a suitable foundation, so the Moravian Eagles decided to demolish.

The Church as a co-investor

Three years ago, the Eagles still claimed that new buildings would be planned by the investor. “After the construction, we will become part owner, part units will be sold,” said Orla Telnice representative Jaroslava Schejbalová. In the meantime, however, the association from Moravia began looking for buyers through real estate intermediaries.

Future appearance of the Prague-Bubny station:

Although the involvement of interest organizations or religious associations is more of an insight into Prague’s development, the Jewish Community in Prague recently used a similar model for the preparation and subsequent sale of the prepared project for the reconstruction of an apartment building in Krakovská 13.

A few years ago, the developer Karlín Group acquired an unusual co-investor for the construction of a mostly residential building in the gap in Křižíkova Street. The Catholic Church, specifically the Bishopric of Hradec Králové, entered the Karlín project with construction costs of over half a billion crowns.

Cases from the past

Developer Acord Invest has been operating on the Prague market for 16 years. It focuses on the purchase and reconstruction of older apartment buildings, especially in the city center. He currently has a total of 18 projects in preparation or reconstruction. He then sells or rents the reconstructed flats. 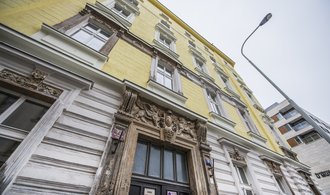 In the past, Acord Invest was also associated with a controversial store with an apartment building at Vítkova Street 19 in Karlín, which also included the Prague 8 district, as a case of unauthorized reconstruction in Rubešov 9 in Vinohrady.

“Acord Invest only mediated the purchase of the building in Karlín and provided management activities. Therefore, we cannot comment on the owner’s plans, “said Danica Fleischer, then director of Acord two years ago. The company similarly described its relationship to the house in Rubešová Street. She did not reveal the ultimate property owner then.

City flats in Prague: The city wants to limit the possibilities of city districts

The snow covered Prague and the Central Bohemian Region. The traffic immediately felt it too

‹ The great victory of the Grifone in Siena as a turning point for the entire championship › Gas bottle is almost 10 euros more expensive in Portugal than in Spain. Do you know why? – Executive Summary