Stones of the Disappeared: International students take part in a stone cleaning event

“I started with it during the pandemic, I thought it was a nice and safe way to meet and learn outside,” said the 22-year-old Bergman, who first cleaned the stones himself in and around Maastricht, the Netherlands. Gradually, the project spread to other countries, including the Czech Republic.

Lessons from the Holocaust

“I do it because I want to make a connection between the past, The reminders we have to take of the Holocaust and the presence, to remind us of the effects of hate speech, “Bergman added, calling on anyone to join the Make their memory shine project through their Facebook or Instagram pages.

The Stolpersteins were designed by German artist Gunter Demnig. (November 23, 2021). He placed the first stone in front of the town hall in Cologne, which needs to be “stumbled over”. Since then, similar stones have been used in paving throughout Europe.

They want to clean everyone

According to Bergman, it is stones disappeared across Europe “from Spain to Finland” to 80,000 and the participants of his project through friendly meetings of young people gradually trying to clean them all. There are over 300 of them in Prague alone. He has so far managed to involve people of different nationalities and religions, including refugees, in the initiative.

“It’s a movement that Jewish students started, but it’s for everyone,” Bergman added. The project is currently running on a volunteer basis, but Bergman is seeking funding from the European Commission.

Czech activist and student Yvonne Weisgrab, who will lead the organization through her social network, he sees the cleansing of the stones as a chance to popularize Jewish history among young people. During the cleaning of one of the stones in Široká Street in Prague’s Josefov, groups of foreign tourists who were interested in the students’ activities also told about their importance.

“I come from the United States, a large Jewish and Israeli community and I wanted to connect with people who are like me and with whom I share the same history, “Said another of today’s participants, American Natalie, who is studying in Prague. This is also agreed by today’s student from today’s Liut, for whom the event was mainly a way to connect with like-minded people. 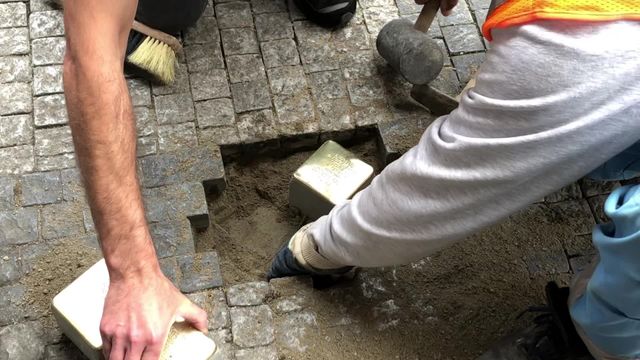 The stones of the missing in Lazarská Street are reminiscent of the Prager family, who lived here and who, except for their daughter, were murdered in the Auschwitz concentration camp. Veronika Foltová 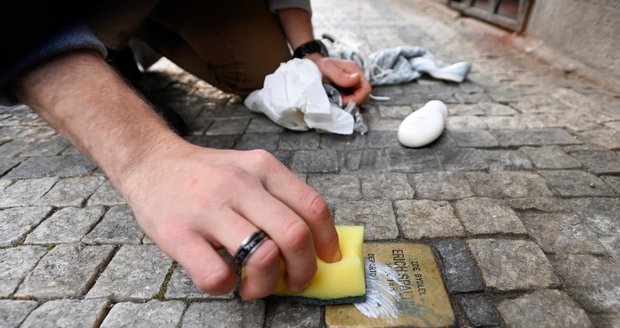 One of the so-called stones disappeared in the picture from November 23, 2021, which commemorate the victims of the Holocaust on the sidewalks in Prague. (November 23, 2021)

Unemployment in Prague fell to three percent in November

‹ Philippe Poutou in Toulouse: “The left has drowned in liberalism” › Russia will “cut off” Ukraine from transit as soon as Nord Stream 2 is operational – EU official