There must be no emptiness in the troughs, it was said in the Senate. Salaries will rise. Just not the ones downstairs. Commentary by Štěpán Cháb

Photo: With the permission of the Senate of the Parliament of the Czech Republic

We should show a little sincere joy we would. The senators have definitely cut in the number of indomitable and unannounceable that their salaries will not be reduced. There is no reason. 57 senators out of 68 present were against the salary freeze. 5 was for freezing. The pre-election rod did not work for the voters. Not even the voters. And not at all for those who were supposed to be caught.

The senators unanimously called for it to be a populist move by the ending cabinet, which wanted to catch a few tenths of a percent of voters in the elections. It is interesting from this point of view that at the moment when the governing coalition of YES and the CSSD froze three days before the elections, a vote was taken in the Chamber of Deputies. The difference from the Senate is abysmal. 133 out of 134 deputies present were in favor of freezing salaries in the Chamber of Deputies. Thus, the deputies of the opposition parties, which sank the freeze in the Senate yesterday with their media-interesting greed. It is possible to successfully suspend why the parties in the Chamber of Deputies voted for a freeze before the elections, but after the elections they cut out a perfect pirouette in the Senate and sent the whole thing to the dill. Isn’t populism on the part of SPOLUPirSTANs? It is, even greater, because before the election they voted for a freeze, after the election they were clearly against it. The vote of the senators for YES and the CSSD, who also voted against the freeze, is also fascinating.

Senator Cunek, a long-time user of the Senate trough, roared that a freeze on salaries would be just a drop in the ocean. What will help if about 350 people who would be affected by the freeze do not get an extra 6% to their salary, when the YES government voted at the beginning of last year to abolish the super-gross wage, which in principle added mainly to richer people. And that for most of society, as Cunek claims. He asked why the government did not solve systemic problems. For example, as a major increase in the price of electricity. But yes, it’s probably time to ask why he’s not doing anything there, and he’s doing it, so it’s so ineffective. And is it ineffective? But of course, electricity payments have really jumped. But isn’t it just a distraction? After all, the subject of the negotiations was salaries in the Senate and the Chamber of Deputies.

Senator Golan used weapons of irony in his speech in the Senate. “I am surprised that after the argument we heard here, after the great populist argument, on the other hand, it was very emotional and it struck me that the Minister did not suggest that we go to work for free. Or introduce turnstiles to pay for the Senate ticket. And we could buy a season ticket or subscribe to the Senate for that card. Because, as she has all argued, we should actually be ashamed of taking anything at all. ”Senator Golaň and his clap in a live broadcast.

And how much will our legislator come up with? That’s nice numbers. The basic salary of a deputy and senator is now 90,800 crowns, and the right to compensation in the amount of 47,200 to 64,000 per month is also at stake. This has changed dramatically since January without freezing the basic salary of the legislator. The basic salary will be 96,300 crowns. Refunds will also not stagnate. These will increase to 50,000 to 67,800 crowns. Quiet, do you hear that delicious chewing? Could we, unworthy people, also vote on our pay conditions? I dare say that many of us would also vote for our wages not to stagnate depending on the economy, but to flourish to the heavenly heights along with the enthusiasm to claim bonuses and compensation, and God knows what else. 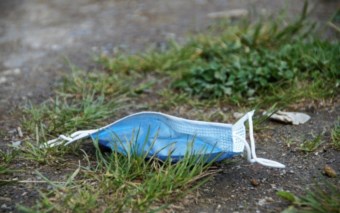 Proposing a freeze on wages before the election was, of course, populism, as senators shouted. It should be mentioned that the populism of all involved, both the government and the opposition. But that doesn’t change the fact that raising the salary by about 6% for our legislators will probably be obscene to many people in this country. And as is good practice, it is strategic to lead by example. Don’t stuff your lamb with lamb when people are thinking about how to save on their own children, because elsewhere the journey will not work. And as we should keep in mind, the first steps of the new government will be written into the memory of the people more invisibly. The first step is clapping. And this is not a good step when the inhabitants of this republic, with freezing twice on their backs, expect the effects of bad times. TOGETHER everyone, or TOGETHER just upstairs? I wish them salaries, even horrible ones, but there could be less cynicism. The rejection of the salary freeze thundered really perfectly over the future government. Like a whiplash, but the bloody gut turns back on the poor. It’s a symbol, you’ve fertilized it nicely. Return of the ODS, return of the trough.

‹ SARS-CoV-2 and pregnancy outcomes during universal and non-universal testing in Sweden: register-based nationwide cohort study – Stephansson – – BJOG: An International Journal of Obstetrics & Gynecology › Merkel in Athens: Dinner at Mitsotaki’s house tonight before her account at Maximou