Czech Sarah a star with everything. She set the tone in fashion and had to be the first in everything in Prague. Secrets of celebrities

Photo: National Theater (as well as other images in the article)

Caption: Andula Sedláčková in 1914 as Klotilda in the most successful play by the French playwright Françoise Becque

PHOTO / VIDEO She was the first to get a short haircut and started with panty rolls. But one of the biggest stars of the theater scene of the First Republic also founded the first Czech film company in history with her husband.

She appeared in the film only in the silent era, she only starred in the sound era, and she was shooting it in Paris. But lovers of theater history usually know her name well. She became our first real star, she wore what she wore in Paris, she was a model of French charm and elegance. “Anna Sedláčková started her stellar career as Eliza in Shaw’s Pygmaion. Prague went crazy with enthusiasm. In the first scene, it rained real rain on stage. This amazed me so much that I don’t remember anything more than one of the famous performances, but Andula’s magical voice, “Jiří Voskovec recalled in his book Hat in the Bush, published in 1966 by Československý spisovatel. 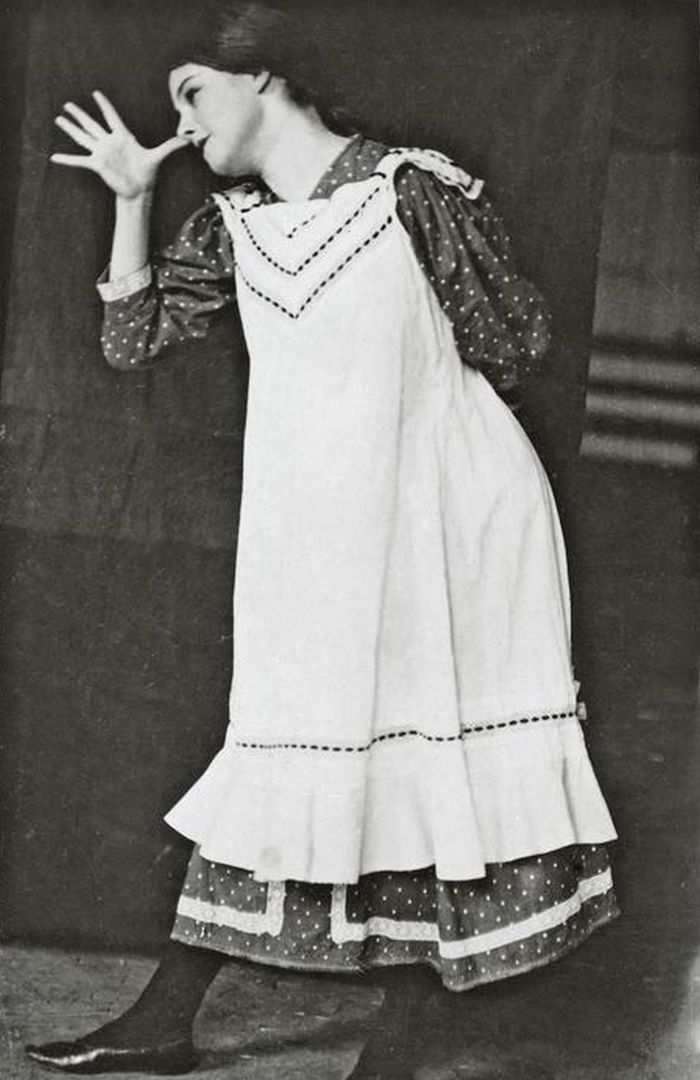 In 1910 in the comedy Morálka Mrs. Dulská

She was born on September 29, 1887 in Prague, and the theater considered it a natural part of everyday life from an early age. Her father Alois Sedláček was an actor, he started as an amateur and gradually developed over the years into one of the leading representatives of Czech theater, and the smell of theatrical makeup was lost to her three older brother Jára. Everyone called her Andula, so they later began to use this domestic form of their name as a pseudonym. The theater started playing very early with amateurs and her first roles were the so-called panties. But don’t imagine anything shameful under it, she just portrayed the characters of little boys. She took over the basics of acting from her father, and later took lessons with one of the best and most famous actresses of the first half of the twentieth century, Marie Hübner. From the age of six, she regularly played supporting children’s characters at the National Theater and starred in ten productions until her official debut.

Iza made room for her

Thanks to her father’s influence, she officially introduced herself to the publication for the first time at the age of sixteen. She played the role of little Robert in the dramatization of Jules Verne’s novel The Children of Captain Grant, which premiered on December 20, 1903. She officially became a member of the drama ensemble of our largest theater stage on January 15, 1905. between which she passed back and forth, every time she quarreled with one of the leaders. Gradually she was added to ever larger roles, the departure of the young and almost forgotten Iza Grégrová, who married the landowner Josef Hamerník in 1908 and resigned from her role after the wedding, has already helped to gain prominence. In the 1909-1910 season, she played the main character in Jaroslav Kvapil’s ballad Princess Dandelion, a year later she became Princess Hyacinth in Oskar Nedbal’s ballet pantomime on Ladislav Novák’s libretto, for which the poster was created by the famous Art Nouveau painter Alfons Mucha. 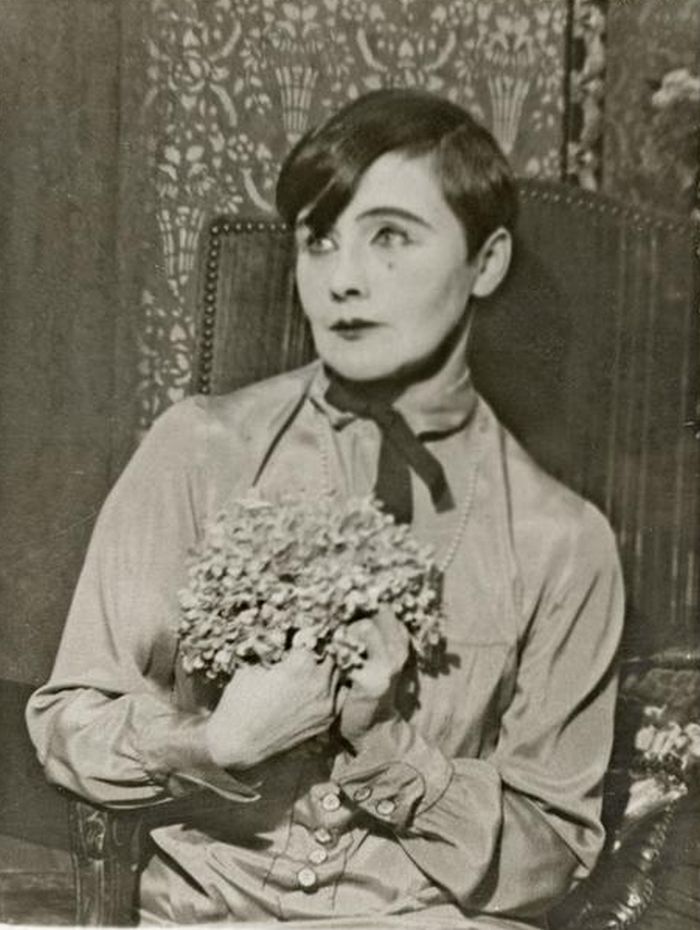 As the lesbian Irena in the drama Edouard Bourdet In Captivity, which premiered at the Estates Theater in Prague in 1926

However, the year 1913 is often sought as a starting point for true fame, when she played the main character in the play by the French playwright Victorien Sarda Cyprienne and then Lisa Doolittle in the most famous satirical comedy by the English playwright George Bernard Shaw Pygmalion. In an incredible way, she managed to transform simply a florist from the periphery into an elegant lady from the company. On the stage of the National Theater, it became its first representative, whose performance was compared to the famous French actress Sarah Bernhardt and earned her the nickname Czech Sarah. She became a role model for ladies from better society and a star with everything. “She wore what was worn in Paris. And she was always the first in Prague. In magazines, she commented on the appropriate length of skirts or was the first to have a short haircut based on the French model, “wrote historian Blanka Jedličková in her book Women at the Crossroads.

She married for the first time in secret, because her future mother-in-law was fundamentally opposed to her son marrying an ‘mere’ actress. Nevertheless, on February 23, 1911, Andula said her ‘yes’ at Prague’s Old Town Hall to the five-year-old architect Max Urban, and a year later they co-founded the first Czech film company. They called it ASUM, which was the compound of their initials, and Max’s mother was probably soon targeted as an unwanted daughter-in-law, because she was the one who made a significant financial contribution to them in the beginning of the business. The company produced short feature films, which Urban directed himself or in collaboration with painter and illustrator Otakar Štáfl, wrote the screenplay and was also behind the camera. Most of them were played by Andula, sometimes also by her father Alois and brother Jaroslav, but also by other important actors of the time, among others Jiří Steimar and Jarmila Kronbauerová. ASUM has made eighteen films, for some of which Andula was also the author of the theme and screenplay, but most have not survived.

in the film by director Karel Lamač from 1925 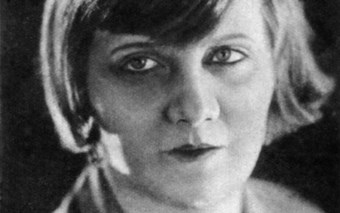 The only exception is a complete copy of the drama about the revenge of a cheated woman The End of Love from 1913. It was filmed in the Urbanových pod Vyšehradem villa, the exteriors were created in Chocerady, Jíloviště and Šárka and the final scene of the tragic accident was born with the help of a model in the Czech-Moravian carmaker. This was followed by a break, forced by World War I, as Max had to enlist in the front. The last film, O Adrien, based on the play of the same name by Louis Verneuil, was made in 1919 and Andula starred in it with Ludvík Veverka as well as on the stage of the Vinohrady Theater. Then ASUM disbanded due to financial problems and both spouses resented the film. Max definitely, Andula then stood in front of the camera in 1925 as a princess in the film adaptation of Alois Jirásek’s classic play Lucerna, shot by Karel Lamač. And five years later, for the first and last time, she also starred in the sound film, in the drama of director Julius Lébel, The Secret of the Doctor, which has not been preserved. The American company Paramount filmed it in Paris and, in addition to Andula, it also featured Theodor Pištěk, Václav Vydra and Růžena Šlemrová. After its failure, however, Andula definitely gave the world of film a chance. Urban later became the author of the Atelier Barrandov project in the 1930s, but he also did not return to film. 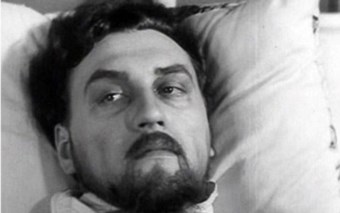