Join Europe’s most haunted castles, Denmark’s scariest sights and abandoned amusement parks. If you dare, then …

Viewed Denmark has put together a list of the eight scariest things they have to offer in the country.

Beautiful and majestic Dragsholm Castle carries on a dark secret. It is home to over 100 ghosts – including some real poltergeists!

In other words, an evening at this 800-year-old castle is out of the ordinary. Dragsholm Castle was previously a prison for noble prisoners, and the castle is therefore haunted by everything from lunatics, revolutionaries and even a … horse-drawn carriage (!).

Today you can join a tour of the castle after dark, and see if you meet some of the restless souls. 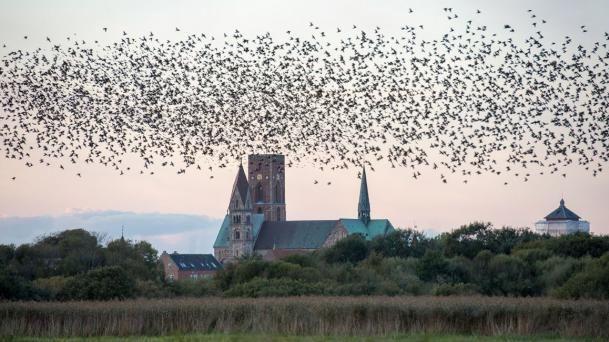 In 1641, Maren Splid was burned at the stake for witchcraft, and went down in history as Denmark’s most famous “witch”.

The witch trials were without a doubt one of Denmark’s darkest chapters, and today it has been erected a museum in Maren’s hometown, Ribe, to remember all the people who were persecuted and burned.

The Witch Museum in Ribe stands as a frightening testimony to what can happen when superstition and fear take over.

Join the underworld: The cisterns

In venerable Frederiksberg there is a dark world – hidden from the many cyclists and pedestrians in Søndermarken.

Hers – deep underground lies The cisterns, the 150-year-old water reservoir which today has been opened up to visitors after being forgotten and abandoned for decades.

Today you can join in this underground world that forms a wet and dark background for extrasensory art experiences, and let yourself be enchanted by the dark magic of the underworld … 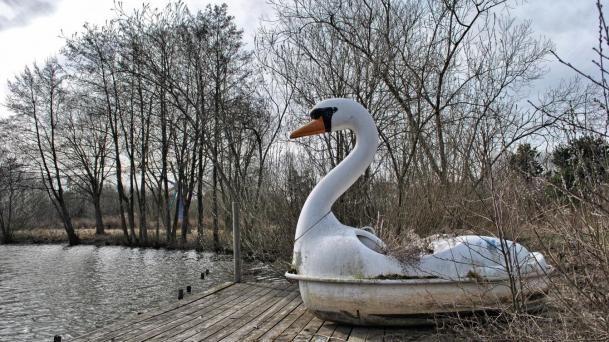 What is more eerie than an old abandoned amusement park – and a place that was once filled with children’s laughter and happy people, where the latter has fallen silent and humanly disappeared?

Fun Park Fyn in Aarup is like being taken out of a Stephen King novel, with its dilapidated slides, algae-covered lakes and strange moods, which nourish the dark part of the imagination.

(U) nice Halloween in Tivoli 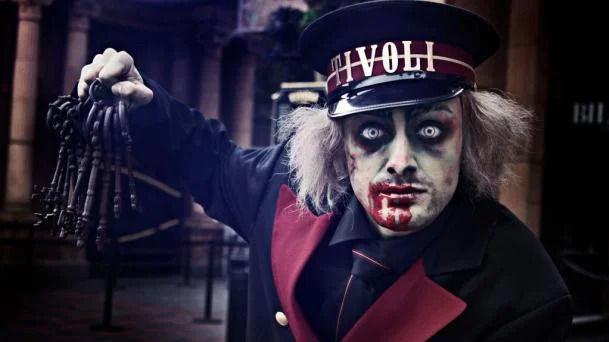 For a few weeks in October and November transformed Tivoli to an eldorado for you who love horror and horror.

Here you can meet witches, ghosts, zombies and all sorts of other monsters. During the day you can enjoy the beautiful Halloween decoration and the 20,000 pumpkins that make it impossible to park!

BUT as soon as darkness falls, the park turns into a spooky place, and scary figures crawl out …

Do you ever find the way out? Samsø Labyrinth 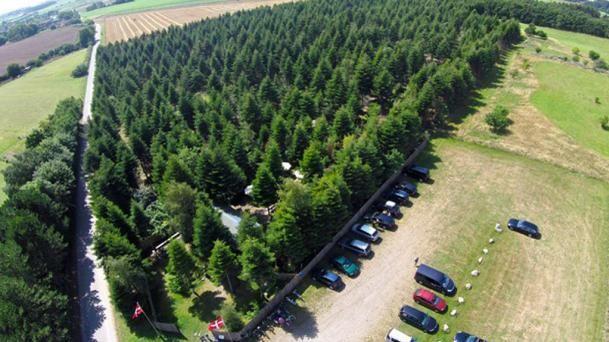 On the seemingly charming island of Samsø awaits the world’s largest maze to devour you whole!

The huge maze brings to mind Harry Potter’s magical universe – especially in the autumn when darkness lurks in the hooks and the bare branches are reminiscent of skeletal hands reaching out for you. Are you brave enough to enter the maze? And more importantly: do you manage how to get out again?

Horror under the skin: Medical Museum 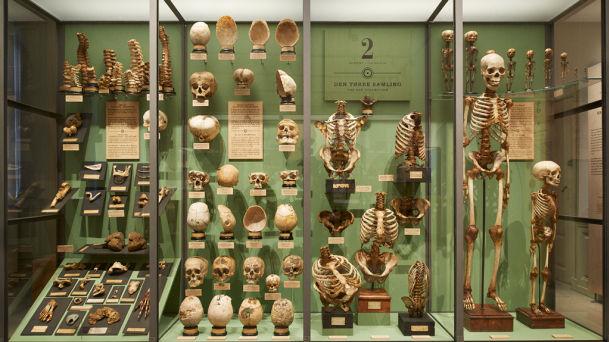 A visit to Medical Museum is not for the faint of heart. If, on the other hand, you have a weakness for the morbid and eerie, this is the place for you!

Here you will find shelf upon shelf with glass containers – filled with human organs, body parts and whole fetuses, as well as old medical instruments that are more reminiscent of torture tools or play equipment.

Some of the items in the extensive collection date back to the 18th century, and they will both scare you and give you a newfound gratitude for modern medicine.

Survey: One in four feels lonely at Christmas

‹ Document: The prosecutor’s office primarily why he acquitted the former chief pilot of the Smartwings › Ricardo Soares and the Cup of Portugal: «We have responsibilities in this competition» – Gil Vicente